Everybody's favorite ninja Alexi Amarista put his name in the annals of Padres history today by hitting a go-ahead three-run pinch-hit homer on his twenty-fifth birthday, but there was a day when even the people who make baseball cards didn't know his name. Sexi Lexi went down in print as "Alexia" Amarista on his 2010 Topps Pro Debut and Bowman Chrome Prospects cards pictured above, as well as the seemingly-infinite variations of each. In fact, these two reveal another layer in Topps' onion of laziness by using the same photo. At first I thought they 'shopped Angels duds over his Kernels uniform, but a closer look proved the opposite to be true.

Fortunately, somebody set the people at Topps straight before too long. By the time he was with the Salt Lake Bees (Beads?), they got it right. 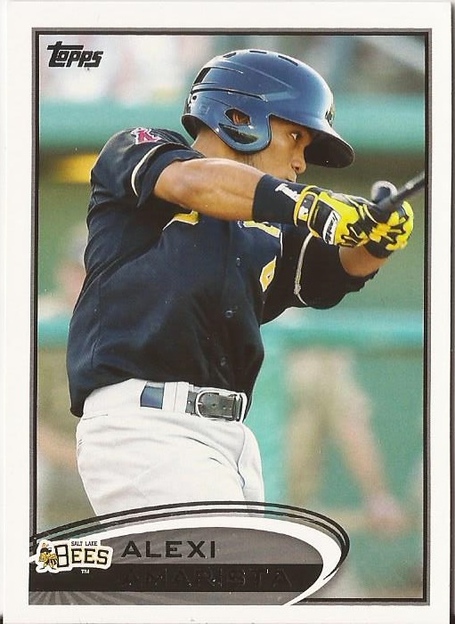 I love that picture. He's so locked in and the huge helmet makes him look somehow even more presh.

This is where I'd generically wrap it up by saying "Have a happy birthday, Alexi..." but I already know he is. Unless he has crushing depression and the most beautiful smile I've ever seen is just an act, that is.