San Diego has always been a landing spot for greats who have already seen their better days, dating back to former World Series hero Johnny Podres in 1969 and Willie McCovey in the next decade. So, as per suggestion of Gaslamp Baller B Cres, here's a look at some guys who became Padres after a bit of luster had worn off their stars. This is by no means a comprehensive list so feel free to leave suggestions for the sequel in the comments and I'll go buy a Vinny Castilla card in the meantime. 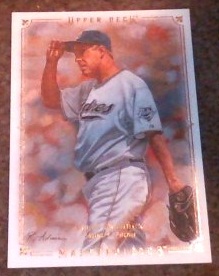 Here's the Pissin' Professor himself, Greg Maddux, tipping his hat to the home crowd after what I presume was a job well done. I really liked these Masterpieces cards; paintings on cards are decidedly my jam. R.I.P. Upper Deck. 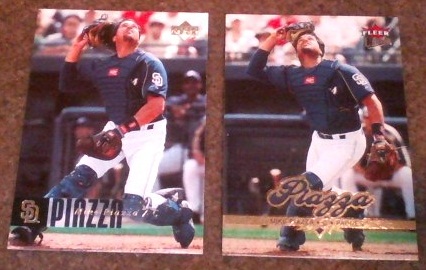 I started collecting again around the time Mike Piazza became a Padre so I was excited to get new cards of him. I was fairly disappointed when the first two I got looked basically the same. They are good shots, though. 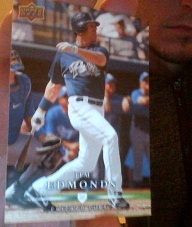 GAAAAAAH. SO ANGRY. I HATE YOU, JIM EDMONDS. 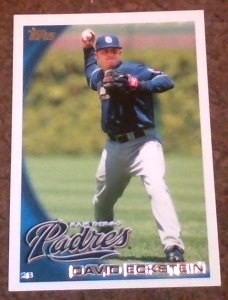 Eck was never a superstar but, come on... scrap. Grit. Scrapgrit. Everybody loves scrapgrit. 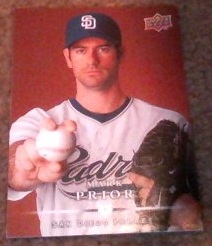 Prior the Friar. Sounds nice, doesn't it? Too bad he never made it back to the majors with the Padres so this is what Nick at Dime Boxes would call his "zero-year card". 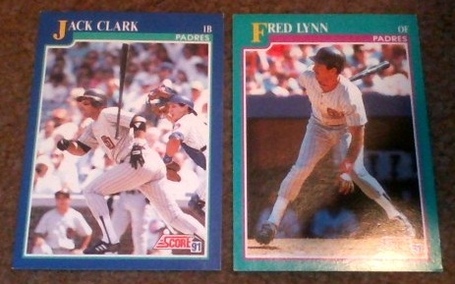 I don't care what great stuff these guys did in St. Louis and Baaaahston and wherever else because they spoke ill of The Gwynn and are thusly dead to me. 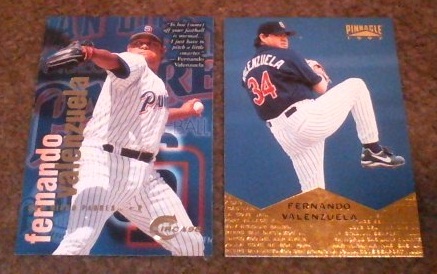 And finally, Fernando. Who doesn't like Fernando? I had a hard time deciding what card of him to show so I narrowed it down to these two. The cool thing about the one on the right is that there are raised letters in the gold foil area that relate to San Diego. Whereas Joey Cora's says stuff like "Space Needle", "Junior", "Sleepless…" and "Starbucks", this one has "Del Mar", "San Diego Zoo", "Sea World", "Balboa Park", and, among others, "Gas Lamp Quarter".