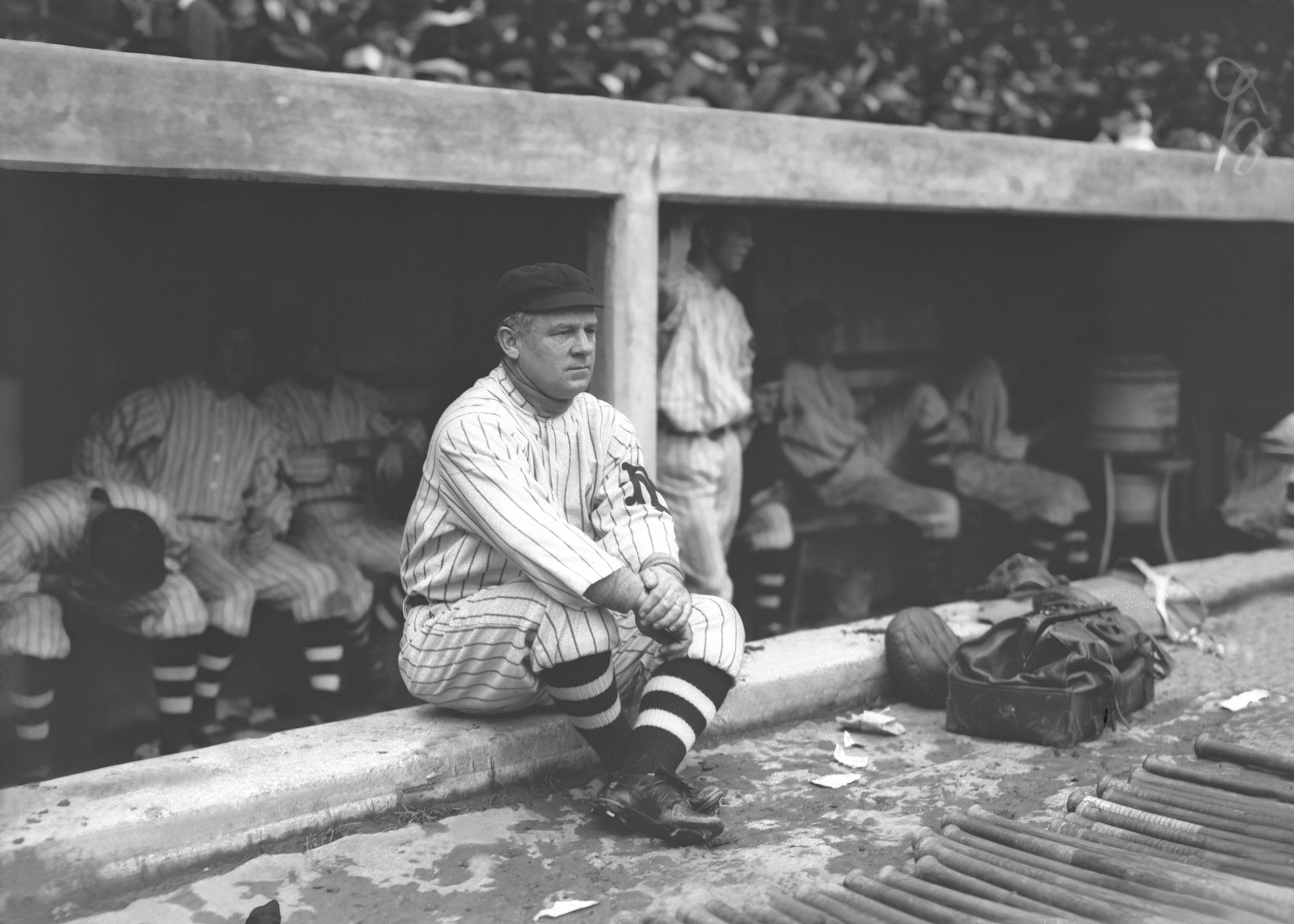 "It has taken the confidence out of the pitchers and is so lively the fielders cannot handle it. Bunting is gone and baserunning has disappeared. The public liked that." -John McGraw (speaking about the baseball in 1930)

Sportswriters filled their columns with articles about the effect of the new ball and legendary umpire Bill Klem condemned it completely, saying "any time anyone hits that jack-rabbit ball squarely, it travels five miles a minute. Baseball owners will have to reduce the liveliness of the ball if they expect to maintain the fans’ interest."

Cubs outfielder Hack Wilson, standing 5 feet and 6 inches tall, turned 56 of those rabbit balls into souvenirs for fans sitting in the outfield bleachers while driving in a major-league record 191 RBIs. 17 players hit at least .350 and home run rates skyrocketed to 0.63 per game (0.26 in 1920).

The outrage of John McGraw, Bill Klem and others worked to effect change as both leagues changed the baseball for the 1931 season. The National League agreed to use more prominent stitching and a heavier cover while the American League allowed the stitching alteration but not the change in the cover. Hack Wilson followed his 56 HR, 191 RBI monster season (in 155 games) with a paltry 13 HR, 61 RBI season (albeit in only 112 games).

When the 1987 season rolled around, a new rabbit ball was introduced. Wally Joyner sent 34 over the fence (22 was his next-highest total), Alan Trammel smoked 28 (his next-highest was 21), Wade Boggs crushed 24 (next-highest was 11), and Andre Dawson likely got himself into the Hall of Fame based largely on the 49 home runs (next-highest 32) and subsequent MVP award he won that season.

In 1987, teams scored 4.72 runs a game (4.41 the year prior) and hit a then-record 1.06 home runs/game (0.91 the year prior). Sparky Anderson and Bobby Bonds didn’t need an analysis done by a physicist to know the balls were different. "Can you imagine the Big-Red Machine with that nitroglycerin ball? Sparky asked. "Those balls would fly."

Bobby Bond’s thoughts: "I've taken batting practice and I've hit those balls... I've hit the ball as far as I did when I was 25 years old. I'm not that strong. I hit balls really terrible and they go over the fence. When I was playing, I'd hit balls and say, 'Oh my God,' and it didn't go out. Now I hit balls and I say, 'Oh my God,' and they clear the fence by 30 feet. All the tests can't convince me. I don't need tests on some machine. I go by contact."

The real travesty of the 1987 season hit us Padres fans the hardest. The aforementioned Andre Dawson's 49 bomb, MVP award-winning season came with the following slash-line: .287/.328/.568 and a 3.5 fWAR. Here are Tony Gwynn’s numbers from the same season: .370/.447/.511 with a league-leading 7.4 fWAR. Tony Gwynn was the most valuable player of the 1987 National-League season, but due to the old adage "sportswriters dig the long ball" he finished 8th (!!!) in NL MVP voting.

The rabbit ball made a prominent return in 2019 (although the nomenclature had changed to "juiced"). University physicists were spending their time proving the change in drag produced by the new ball and publishing papers that Justin Verlander didn’t need to read in order to reach a conclusion. Verlander offered his own in-depth analysis: "The ball’s a f*cking joke!"

Balls cleared the fences at a rate of 1.39 per game, the most in history and up from a rate of 1.15 the year prior. Runs per game were also up to 4.83 per game (4.45 in 2018). On top of these numbers and the Verlander Report, the Pacific Coast League and International Leagues increased their home run totals by 59% and 57% respectively when they introduced the major league ball into their games.

After dramatic over-corrections in 1930 and 1987, I would not be surprised to see another dramatic over-correction for the 2020 season. The MLB is almost certainly going to make some attempt to deaden the ball (they may have already in the 2019 post-season), and there is a fairly good chance that the change is more dramatic than they initially anticipate. With the increased emphasis on launch angle and players selling out for the home run, I would also not be surprised to see a dramatic effect on the development of young players.

Let’s use Luis Urias as an example. Luis Urias was a high-OBP, low-power (never more than 5 HRs in AA or below) guy when he reached AAA. In El Paso, Urias’ power numbers went through the roof and he likely changed his approach in order to take advantage of his new-found power. Suddenly, Luis Urias became a multi-variable equation. Now you’re not only asking if he could contribute at the Major League level, but whether his new approach is better or worse for his production. Are those fly balls he sent over the fence in El Paso going to result in deep fly ball outs against improved pitching? Is the increase in home runs going to compensate for the increase in strike outs and the subsequent drop in on-base percentage?

If the major league ball is suddenly dead, the variables in Luis Urias’ profile only increase. Now he could be getting all the negatives of a decreased OBP profile without ANY of benefit from increased home runs.

Do you think the MLB will be respond to the backlash from 2019 rabbit ball season in a similar manner to which they did in 1930 and 1987? Let me know below.

Thanks for Reading,
John Precoda
UCSD Graduate
University of Colorado School of Medicine