Hello everyone! This post is coming about a month after my recent trip to Boston/New York City. I was fortunate to take the traveling jersey with me for a second trip, first trip being Chicago 2 years ago.

May 15: met up with Jodes at AleSmith brewery to snag the jersey from her! We also checked out the Tony Gwynn museum and it is mighty impressive. You really should go if you haven't.

And the @gaslampball #SotTJ has been passed on to travel with me to Boston and NYC! pic.twitter.com/mJMdFsskRZ

The main reason of the trip was that my cousin was getting married that weekend and my boyfriend and I decided let's make a full vacation out of this. When we decided to do this trip one of the first things I did was check the Red Sox and Mets schedule. Red Sox weren't in town, but we knew we were going to do Fenway Tour. When I checked the Mets schedule THE STARS ALIGNED. The Padres were playing the Mets in NYC when we would be there!!!! We knew right away we had to get some great seats for this game because who knows if we will ever make this trip again. Go Big or Go Home right? Do people still say that? I mean I guess its' been replaced with YOLO.

I was able to pack the #SotTJ with me! Safely tucked her into my Louis Vuitton purse inside my carry on so she was close to me always. We flew out Tuesday night on a red eye (my first red eye flight) and arrived in Boston Wednesday morning. Chris has a sister and a bunch of family all over New England so we spent Wednesday with them. Thursday and Friday were our only days to really check out Boston. Long story short: I LOVED BOSTON. Also Mike's Pastry > Modern Pastry IMO.

Friday May 19: After a night of rooftop drinking (because we end up in Boston on their two record heat days) we got up fairly early to head down to Fenway Park and do a ballpark tour. That ballpark is so rich in history and beautiful.

Technically this is the jersey's second trip to Fenway Park though so welcome back. 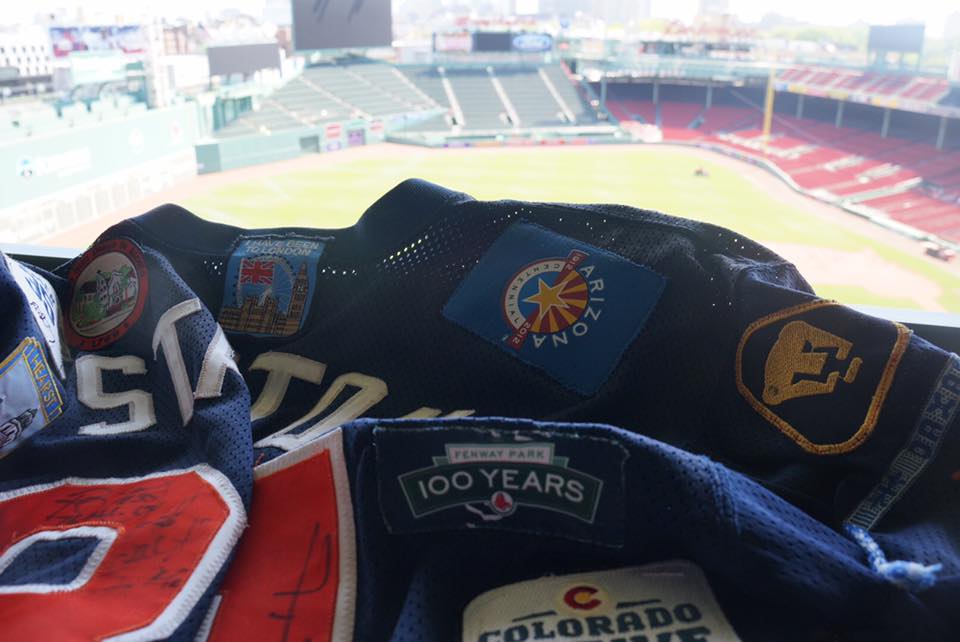 We arrived in New York City on Sunday evening. First thing we did of course was head to Times Square! 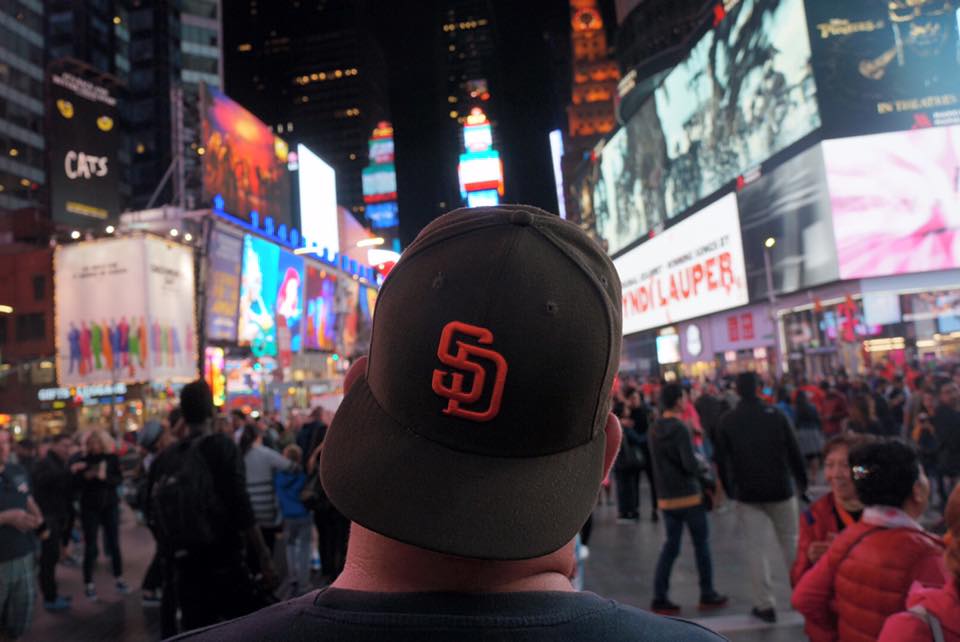 Fast forward to Wednesday May 24 after being in NYC since Sunday evening. GAME DAY!

We bought our tickets on Stub Hub in advanced and snagged seats behind the visitors dugout. Citi Field overall isn't "fan friendly" when it comes to getting close to the players to get pictures and autographs. Probably because on each side of the dugout there are "group suites" leaving less room to be close and you'd have to go far down the left field foul line to somewhat have a chance of photos and autographs.

#SotTJ is actually helping me keep warm bc I forgot a jacket lol pic.twitter.com/M8A2ZW42eV

It was pretty chilly that night actually and when we took the lead I was thinking "I can't take off the jersey or put my windbreaker over because I would hate that be the jinxed reason we lose this game". I didn't get to really walk around the ballpark though because as soon as gates opened, we headed to our seats so Chris can collect some autographs.

Great job to my bf with the assist from me telling him the player's names pic.twitter.com/N7MtjZyXdg

And if you guys remember that bottom of the 9th of that game where it was bases loaded 1 out and we somehow miraculously pulled out a win. I guess this means i'm 2-0 for games where I bring the jersey to an away game with me....

Overall it was a good (long) vacation. Crossed off Citi Field off the list. I'm not sure I can completely check off Fenway because it was just a tour and I did not go for a game. Hope to go back again to both cities again as I enjoyed my time there. Only negative review I have for Citi Field is the usher in our section who was a major B. She was not welcoming and was constantly complaining throughout the game.

Fast forward a few weeks later: be on the lookout for the jersey on a future episode of Padres POV. And mine and Jodes' faces.

and then this was last weekend at the AleSmith Tony Gwynn 5.5K!

Hope to be able to take the jersey again with me for our next trip....