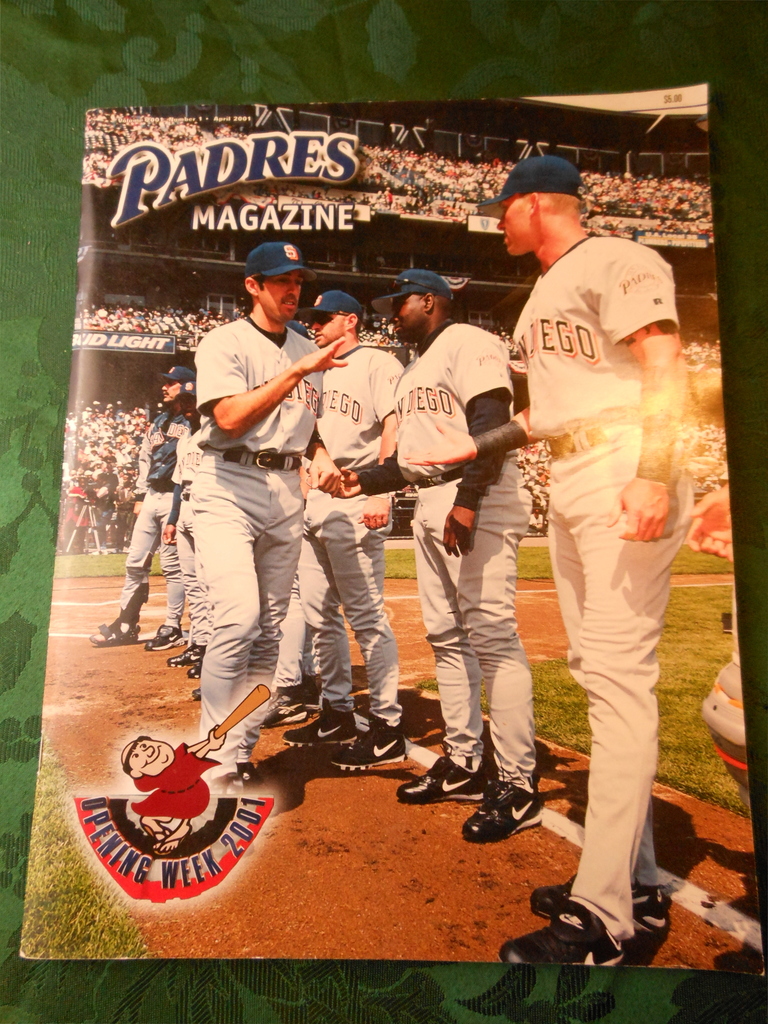 I'm going to split this item over two weeks. There is just too much to go over, and even two weeks isn't really enough. This is a Padres Magazine from April 2001. The listed price on the cover is $5. It's 96 pages and well worth the $5. The team does free magazines now....but they surely aren't 96 pages. The cover has Mike Darr on it, which gives me a sad. The cover also has Tony Gwynn on it, which also gives me a sad.

On the first page there is a letter from John Moores and Larry Lucchino. The "tremendous sense of optimism and anticipation" is quite humorous as the team finished in 4th place (2 games under .500). Obviously it really wouldn't be the best idea for them to put realistic expectations.

Also the news about clearing legal hurdles on Petco park is pretty interesting. 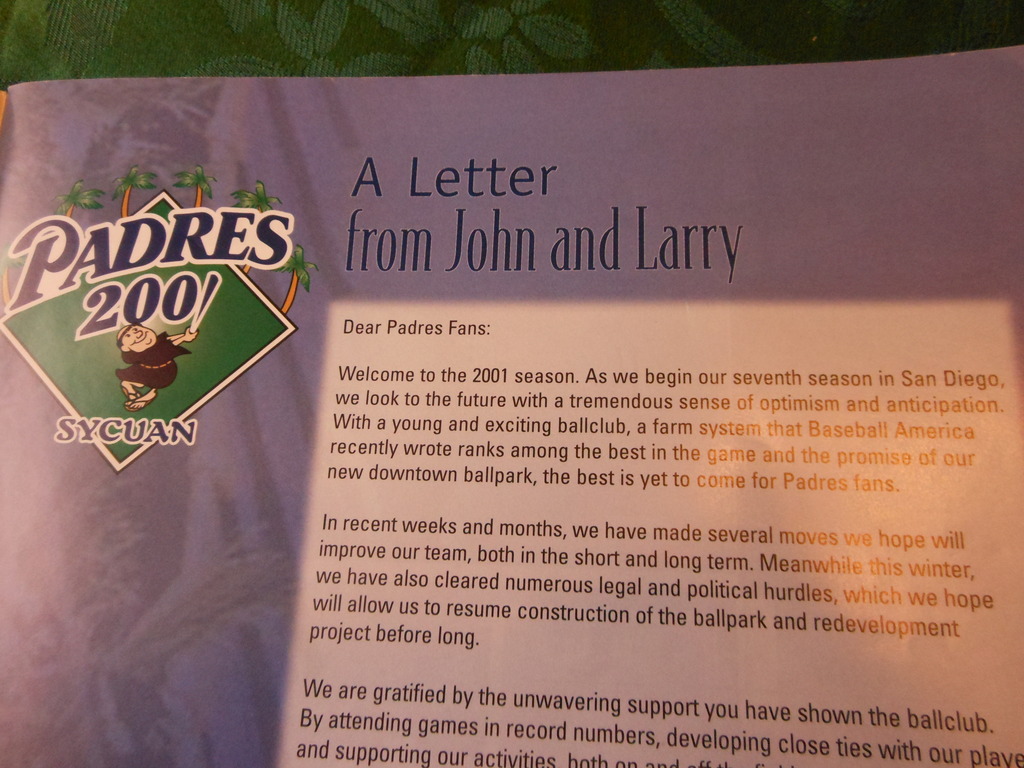 There are some pictures from the opening series in San Francisco. I'm sure we all hated Bonds anyways at the time, but the Balco scandal wouldn't break until a couple years later.

There is also a picture of Rickey Henderson that explains he signed a minor league contract and will begin the year in AAA Portland. Well, he did get the call up....he played in 123 games for the Padres that year. 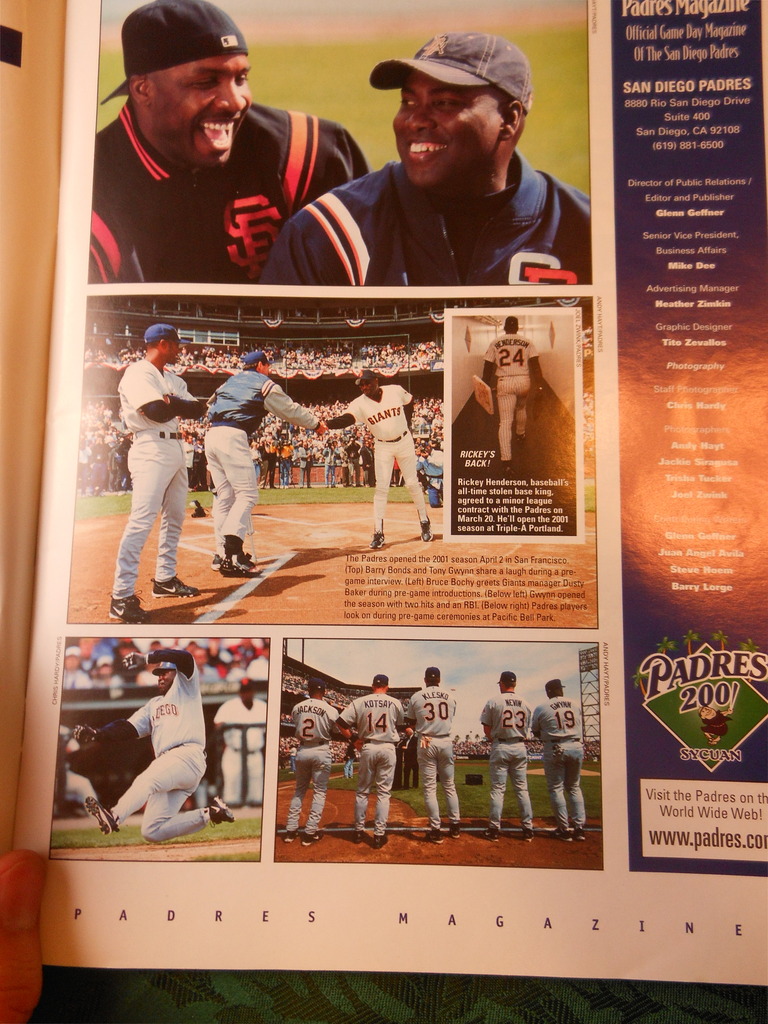 Not much to really point out, but I thought this Channel 4 advertisement was sort of nostalgic. 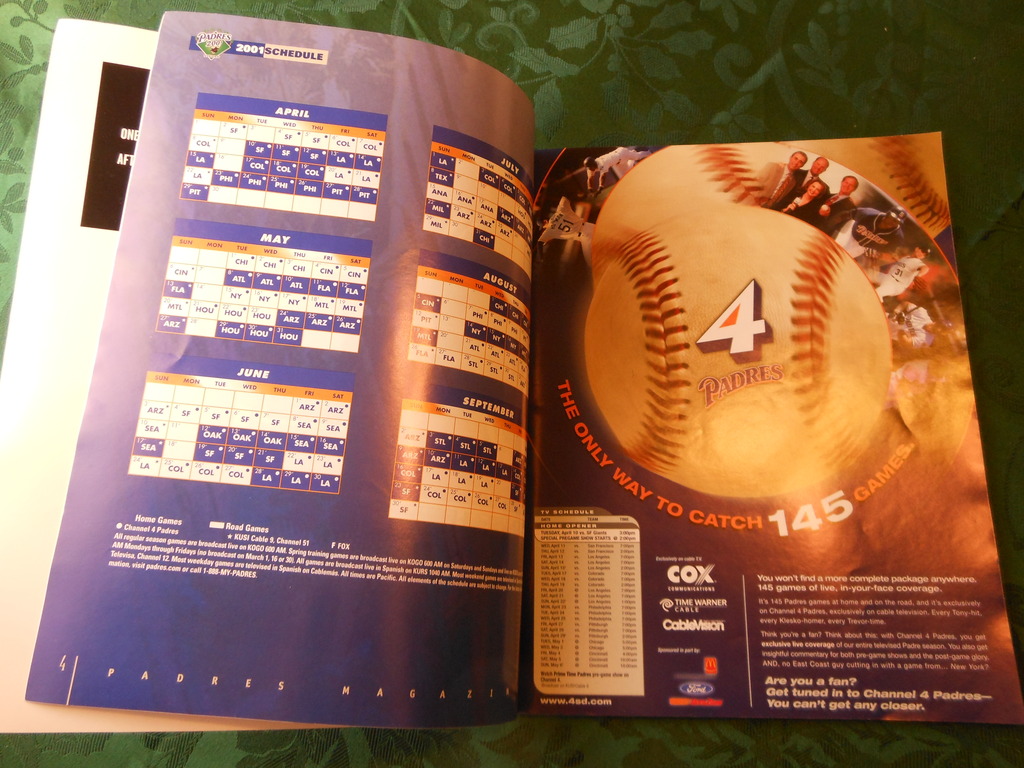 This short article about the changing of the padres webpage was fun. I remember when they did this change I wasn't fond of it. The new webpage felt cold and corporate compared to the old one. There is also an advertisement a few pages later showing what the new webpage looks like. 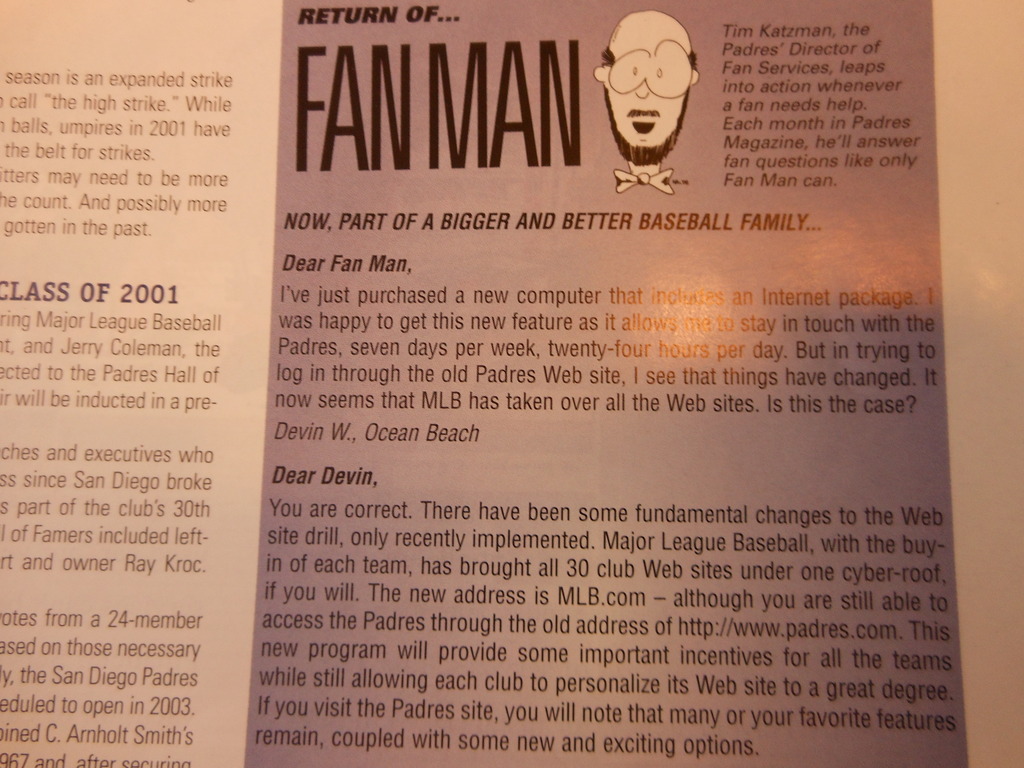 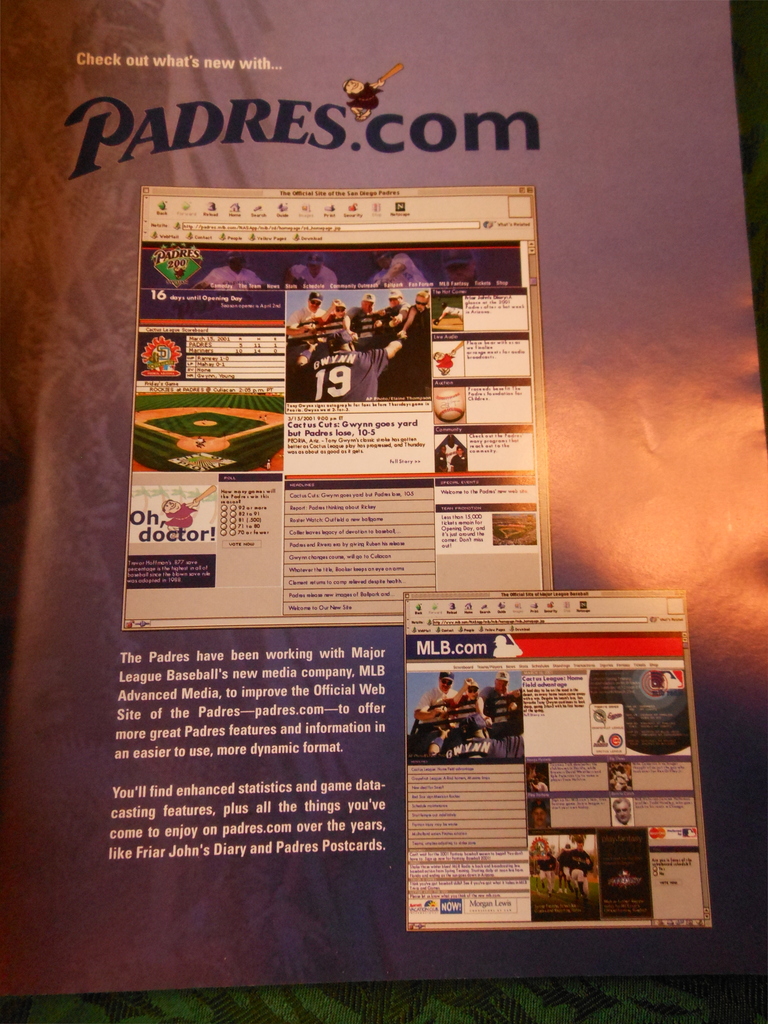 That's it for now. Tune in next week for ticket prices at the murph, "the ballpark cruise", and the self-proclamed "best-ever promotion and giveaway schedule".