Hey guys. I flew out to Chicago with my boyfriend this past weekend for the Padres vs Cubs series. We planned this trip a few months ago so our plan was to do the Friday game inside Wrigley and watch the game from a Wrigley Rooftop for Sunday's game. Lucky us we not only got to watch Padres wins for both games, but we got to experience the KKKris Bryant debut as well.

We flew out early Thursday morning and discovered that a fellow twitter Padres fan and STEVE POLTZ was on the same flight out! Pretty cool.

We got down to Wrigley around 10:45am so we can walk around Wrigleyville and take some pictures. First 10,000 fans got a Cubs Winter Aviator Hat, but since we brought out some San Diego 77 degree weather with us, it wasn't needed for that day. We bought our tickets as soon as cubs single game tickets went on sale so we grabbed 3rd row behind the padres dugout. I couldn't wear the #SotTJ for too long because of how hot it was out there. Sorry :( Here are some pictures from Friday's game! 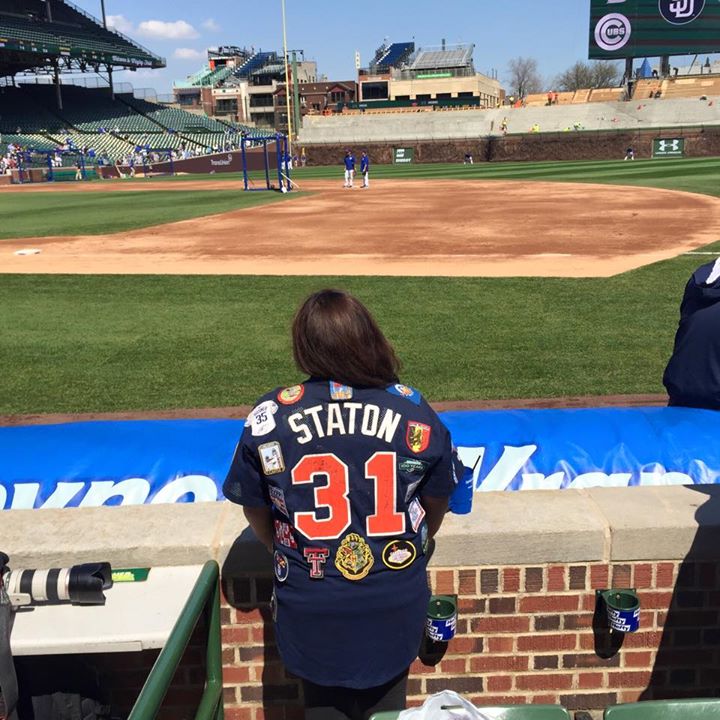 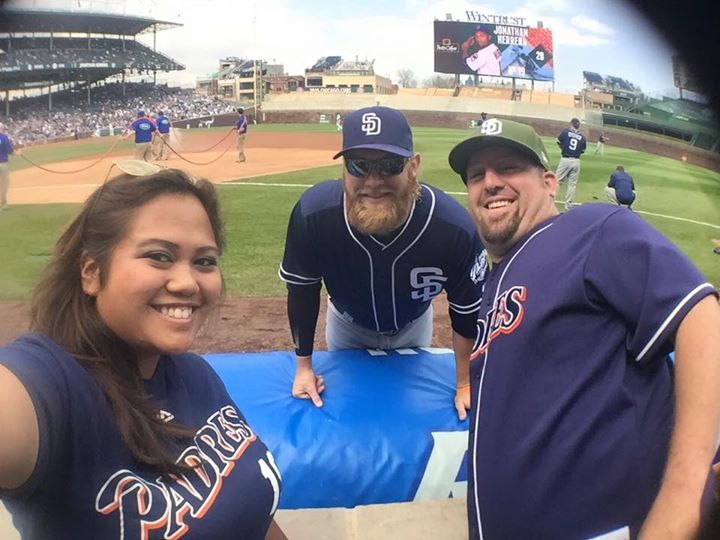 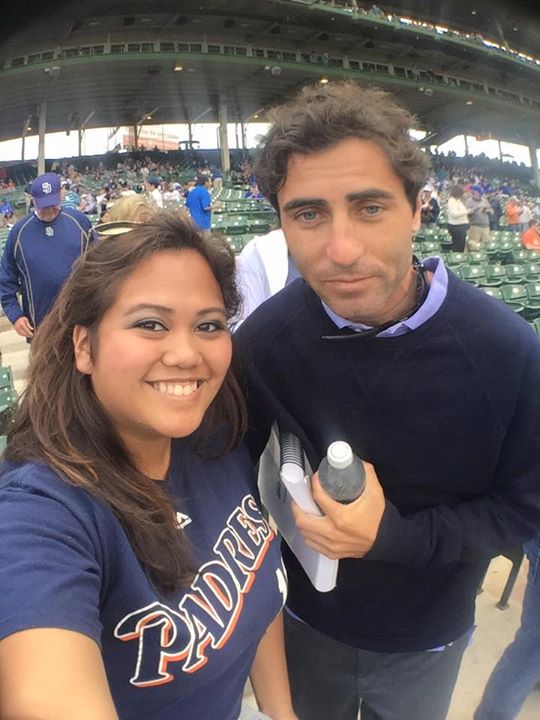 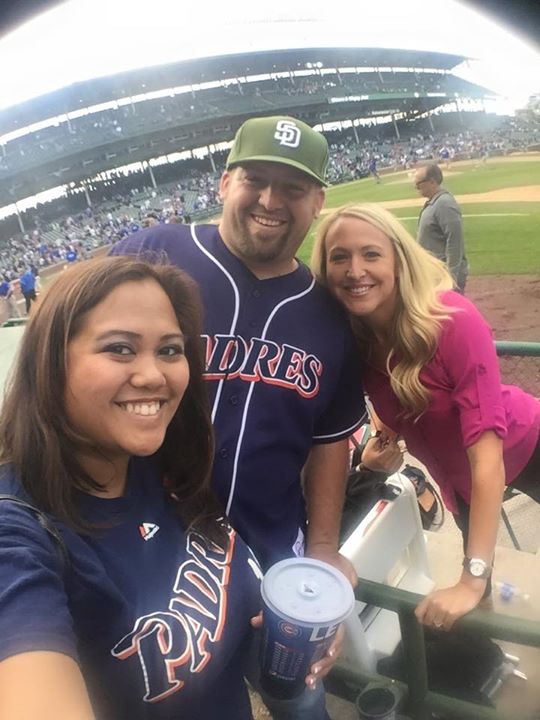 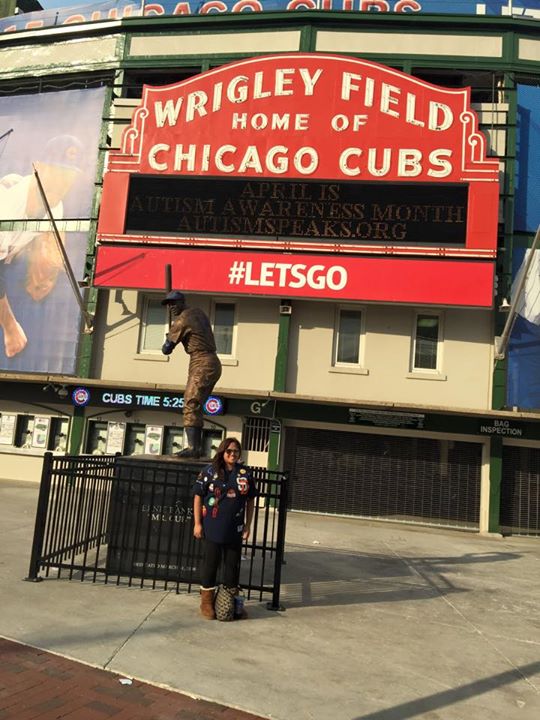 To be honest, i'm not sure if it was just because of all the pressure and larger crowd for Kris Bryant's debut, but the mood inside the stadium was intense. Of course we were cheering loudER because we were winning and things were going our way, but we felt the tension from the nearby Cubs fans. We lucked out again that we made friends with really cool Cubs fans seatmates. The bathroom situations weren't that bad when neither of us needed to go during the game. We thought it was funny that the construction workers on the outfield bleachers basically worked up until game time.

I wore the jersey on the way out of the field and this nice older cubs fan admired the jersey. He gave me an Ernie Banks pin to add and I bought a Wrigley Field patch.

For Sunday's game, we watched from the Ivy League Rooftop. I recommend them since their view will not be obstructed and with the unlimited food and drinks (including beer and cider), the price was worth it. We were nervous that the game would be rained out, but the rain didn't hit until later on in the game.

Chicago was an amazing city to venture around. This was our first "away" game trip that wasn't driving distance and are already excited to check out another one ...maybe next season though.