Last November I took a look at the six players who played just one game as a member of the Padres. Since then, two more players have joined the club. When both Billy Buckner and Hector Ambriz were released by the organization last month, their status as one-game wonders became semi-official. While it is still possible that either of them could find their way back to the organization and pitch in another game with the big club one of these years, it seems fairly unlikely. 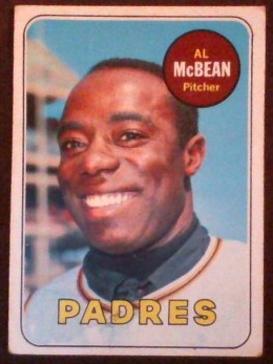 Before 2014, only six players appeared in just one game with the Padres.

Hector Ambriz was the first of the two one-gamers this season. On May 7, the Padres optioned Jace Peterson to AAA El Paso and called Ambriz up. He got into that night's game and was designated for assignment the next day.

In his sole appearance, Ambriz entered a home game against Kansas City to start the seventh inning with the Padres trailing 5-0. He started off by walking Alex Gordon, but promptly got Danny Valencia to ground to Jedd Gyorko, who fed the ball to Everth Cabrera, who recorded the first out and got the ball to Kyle Blanks in time to turn two. Mike Moustakas then lined out to Cabrera, and Ambriz's first frame was in the books.

Ambriz opened his second inning of work just as he began his first inning: by walking the leadoff batter. He looked like he'd get out of it once again as he recorded a strikeout and an infield pop that left Jarrod Dyson standing at first with two outs. A single by Alcides Escobar moved Dyson to third, and a passed ball by Rene Rivera brought him home while allowing Escobar to take second. Eric Hosmer drove Escobar in with a single of his own before Ambriz got out of the inning.

After the Padres designated him for assignment, Ambriz cleared waivers and headed back to El Paso, where he remained until he was released on August 21. His 51 games pitched for the Chihuahuas was second to Bobby LaFromboise's 58, and his 11 saves were second to Jerry Sullivan's 12.

Just 17 days after Ambriz became the Padres' first one-game wonder since Aaron Rakers in 2007, Billy Buckner was called up from El Paso, where he was 3-2 with a 2.89 ERA in five starts up to that point, to make a spot start on May 24 against the Cubs. He pitched fairly well but was, like just about everyone else who started a game for the Padres this season, a victim of absolutely no run support.

Buckner got off to a strong start, retiring the side in order. He allowed his first baserunner with a one-out walk to Luis Valbuena in the second inning, but left him stranded there. Future Dodgers infielder Darwin Barney recorded the Cubs' first hit with a leadoff single in the third inning. He moved to second on a bunt, then Ryan Kalish reached on a walk. Both moved over 90 feet on a passed ball with Junior Lake at the plate, but Buckner left them there by striking Lake out and getting Anthony Rizzo to ground into a 4-3 putout.

With the score still tied at zeros in the top of the fourth, Buckner allowed a one-out walk to Luis Valbuena for the second time. This time Valbuena made it around the bases, scoring the game's first run after singles by Welington Castillo and Nate Schierholtz. Buckner limited the damage, got out of the inning, and bounced back to throw his second 1-2-3 inning in the fifth.

In the sixth inning, Buckner faced Valbuena with one out yet again. He would have been better served to walk him a third time, because what happened instead was Valbuena's third home run of the year. Castillo grounded out for the second out before Schierholtz doubled. Buckner intentionally walked Barney to get to opposing starting pitcher Travis Wood, who then singled Schierholtz in for a 3-0 lead. Bud Black called on Nick Vincent to get out of the inning, and Buckner finished with three earned runs in 5.2 innings (4.76 ERA) on six hits and four walks. The Padres scored a pair of runs in the bottom of the eighth on a two-run pinch-hit shot by Carlos Quentin, but it was too little, too late; the 3-2 score held and Buckner was charged with the loss.

Like Ambriz, Buckner was designated for assignment the next day, cleared waivers, and headed back to El Paso until he was released in August. Two weeks after the Padres let him go, the Brewers signed him and assigned him to their AAA team in Nashville, where he got into four games, starting two of them.

You would think that having two one-gamers in one season would be unprecedented, but it actually happened once before, in 1996. Those occurrences happened in April and September, so Ambriz and Buckner's mere 17 days of separation are a new club record. Like I said earlier, there's still a faint chance one of them could come back some day some year, and pitch a second game, but until then they're in the history books.