Both teams played about one inning worth of offensive baseball, and the rest was a bunch of dinkin' around.

The quick lead went a little something like this: Everth Cabrera smacked a little liner into left, which earned him a crisp double. Yangervis Solarte then sacrifice Padred bunted Cabrera over to third. Seth Smith popped the ball off the side of his bat into left, and Cabrera scored quickly on the tag followed by a lazy through to home. Jedd Gyorko then flied out as quickly as humanly possible before anything else could get going. Bam, we got our run for the night. 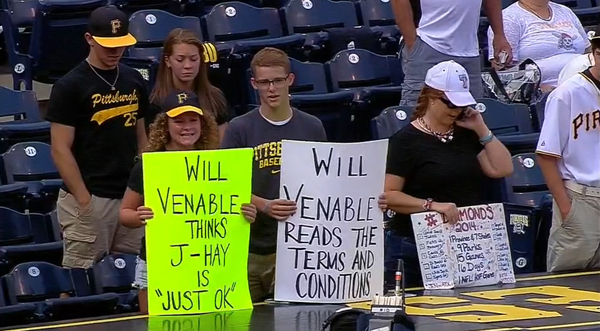 The only thing funnier than a horse beat to death is a Will Venable joke...

The Padres held onto their run and bathed it, trimmed it, gave it a name. They walked it around see the beautiful backdrop view of PNC park, bought it a hotdog, and overall sheltered it a little too much. Their run never made any friends for the rest of the night. With the Pirates showing up with a triple, RBI single, and sac fly of their own - they quickly pushed the game off into an unbalanced 2-1.

With 4 runners left on base tonight, and blanking on the only 4 opportunities to drive them in, it ended up being a pretty dragged-out day of baseball in Pittsburgh. Fortunately, the stats are on our side - and we're set to take the series against the 'Rats starting with Eric Stults throwing against Francisco Liriano tomorrow at 4:05 PM PST.

Not enough juju brought in from the GLB'rs today. jodes took home the rec trophy with 3 - mostly using the cheap tactic of sexual innuendo to boost rec scores. Meanwhile, I was up in Lake Elsinore handling a nice thick juicy wiener, covered in meat and creamy cheese and left my mouth spicy. See for yourself: 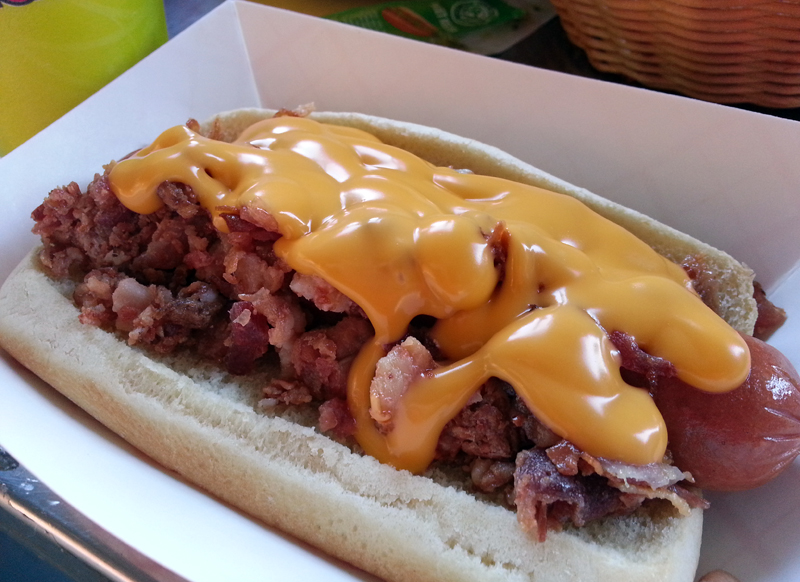