Tyson William Ross is a true hero, pitching a hell of a game in the series finale against the Doyers.

Tonight is all about one man: Tyson Ross. The Friar hero has started twenty-seven games this season, and out of 23 decisions has only been awarded 11 wins. After taking only a two-hit shutout all the way to the 8th, a simple 2-run homer would be all it took to topple a performance like that.

In Ross' full eight innings of dominate pitching he gave up 4 hits, 2 earned runs, and only 2 walks while striking out 8. He only had to strand 2 Doyers on base and kept them 0 for 2 when runners somehow managed to get into scoring position.

Since the All-Star break, Ross has taken the most workload; but in doing so he has still managed to maintain both the lowest ERA (2.20) and the second lowest WHIP (1.12 to Stults' 1.16) on the team. His ERA, K/9, HR/9, AVG, WHIP, BABIP, and LOB% are all either top notch or simply way better than the league average.

Not only that, but when Dodger fans started getting a little too full of themselves and the opposing Clayton Kershaw got a little to comfortable with no hits through six, Tyson put everybody in check slapping a single over the head of shortstop Miguel Rojas and slapping the content looks off everybody's faces.

It's worth it to watch the video to hear the audio of stadium collectively whining.

One of the few Friars who had Ross' back tonight was his catcher Rene Rivera. He caught both Carl Crawford and Dee Gordan stealing, in the process making them almost look stupid for even trying, and also knocked in the only run for us tonight with a hard-hit liner into left field with runners on 2nd and 3rd. Our defense backed up Tyson as well, with a surprisingly hard throw for little ninja Alexi Amarista, and a stumbling catch by Rymer Liriano from a gapper by Adrian Gonzales.

San Diego swallowed a brutal loss at the dirty, grimy hands of Los Angeles. Dropping the series and falling lower and lower into a cold nether middle region of the NL West. Boosting our rivals closer into a wildcard opportunity will always be a stinging wound, but with a likely Andrew Cashner return in the series against the Arizona Diamondbacks, faith can be held that we stay tight and that we move on and return to the casual 4+ run games we've been having in the past.

Tyson did an amazing job at keeping our win probability shakily centered through six innings. Once he nailed Dee Gordan in the 6th, things started to tilt our way, with Rivera's RBI boosting that win expectancy in our favor. But once the Dodgers started clawing at Ross in the 8th is when things buckled loose for us.

Everybody wanted to see a Dodgers loss and a series win for the Padres tonight. The typical crowd of 14 showed up in force.

At the end of it; Drama had the most recs (3), and in one comment, while podpeople kept the discussion going with the most comments. He could have been talking to himself for all that I know. Honestly, it was probably Almonte. 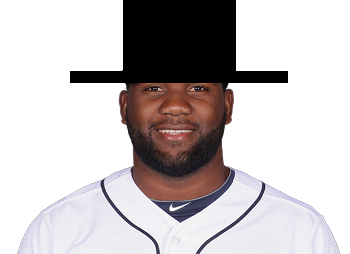