Okay so as some of you may know I love to draw and I love the Padres (duh, why else would I be here?). And from time to time those 2 come together and If you're interested I'd like to share some of my Padres related art work.

Alright still with me? Okay, cool so last December TheThinGwynn gave me the idea to create some "Swingin' Friar" logos for the various Minor League teams in the Padres Organization. I believe it was around the time when the Chihuahuas unveiled their uniforms with the Swingin' Chihuahua hats. I could be wrong though (my memory is terrible) any ways I went ahead and designed a few.

1st off is a design for the Lake Elsinore Storm. Now at the time that I designed this (again with some help from TheThinGwynn) I didn't know about the Trenton Thunder so my logo and theirs is similar. 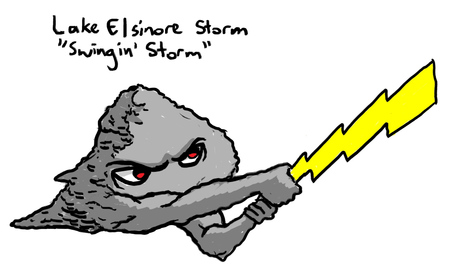 And here's what the Trenton Thunder logo looks like just as a reference.

So yeah, pretty close. So after I saw that I did one of their Dog thing...it's a little wierd, but whatever. 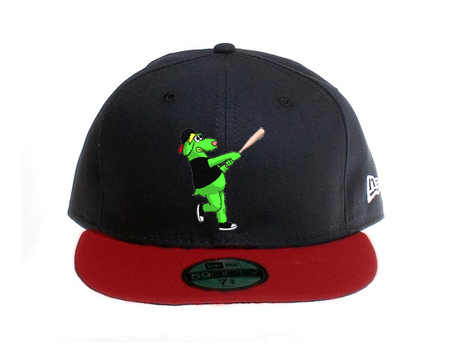 Okay for logo number two I have one that I designed for the San Antonio Missions. This is of their mascot the Ballapeno. It's also one is my favorites. 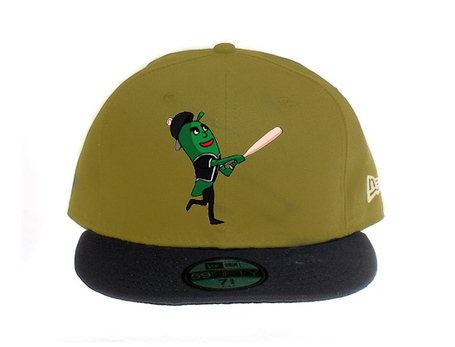 And lastly this is one for the Fort Wayne Tin Caps. This is my other favorite. I wish this were a real hat.

Okay so that's it for all of the Minor League Padres affiliates who don't have their own "Swingin'" logos. Now for something a little different.

I call this the "Swingin' Fry-er" 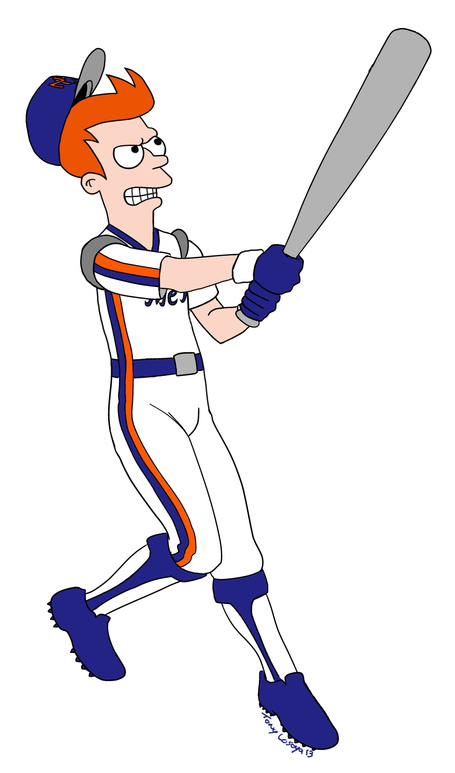 And now for something that was also thought up by TheThinGwynn. It's a Erin Esurance "insurance" run drawing. Here's a link about Erin from the GLB Wiki in case your'e not familiar. 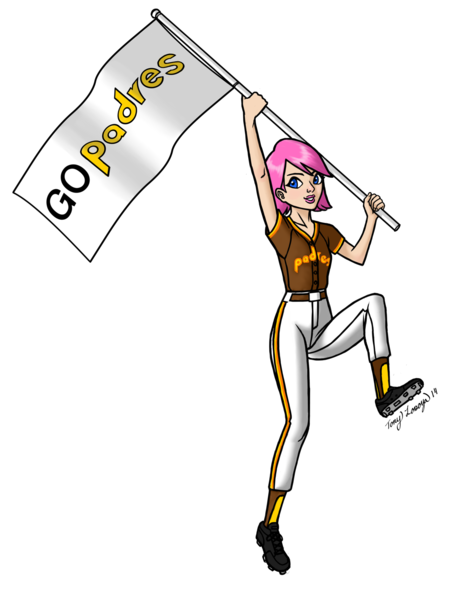 So that's it. I hope you've enjoyed seeing my art and endured my writing skills...or lack there of. And thank you for stopping by!