Share All sharing options for: Game Thread: 07/06 Padres vs. Giants

Yesterday the TTG household grew by two with the arrival of Tony (pictured above) and Tobias. If you're wondering what Toby looks like, just cross your eyes until you're seeing double. The vet said they're actual identical twins, which is apparently rarer amongst felines than it is with humans.

It only seemed appropriate to use that picture here and now to continue the cats-on-Sunday tradition Jonny Dub began with game threads featuring his feline family members Jake and the late Max. I tried to get a picture of T 'n' T in a Padres hat, but they weren't having it. Maybe next Sunday.

As for the game itself, Jesse Hahn will try to win his fifth in a row to give the Padres the rubber match. He got knocked around in his first major league start, but has been stupid-good ever since. He has refused to lose or even trifle with any no-decisions, averaging six innings each time out and striking out 31 batters over those 24 innings while allowing only two earned runs total.

The Giants will counter with Tim Lincecum, who occasionally allows hits to Padres players, but didn't the last time he faced them. Or that other time. But today's a new day and one can only hope it's more like one of the six times San Diego has handed him a capital 'L'. 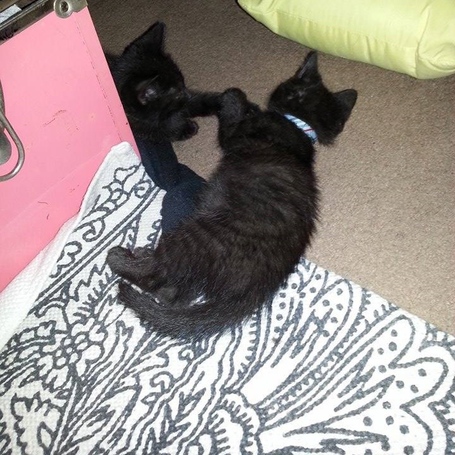 One more and then I swear I'm done: 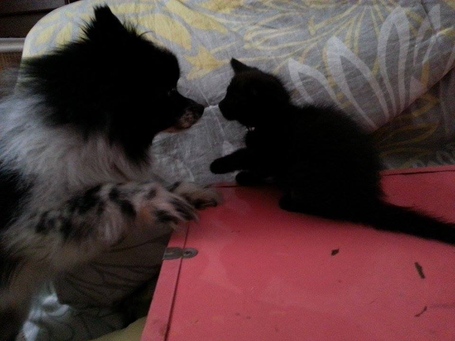 (not pictured: Cora The Kitty, who hates all of them)