Since today is Tony Gwynn's birthday, I slipped into default mode and decided to do a card post. I don't have the time to do a 54-card post, so I decided to look for a Tony Gwynn card with the card number 54. After flipping through a few hundred cards, I found ones numbered 53, 55, and nearly everything else in that neighborhood except for 54, so I was back at square one. I began flipping through all the cards again, this time looking at the fronts for something typing-worthy.

I came across this 1991 Upper Deck Final Edition card of Tony signing another card, and thought it might be interesting to try to identify the card he's signing. I squinted and made out a white-bordered card with an orangeish background behind Tony. 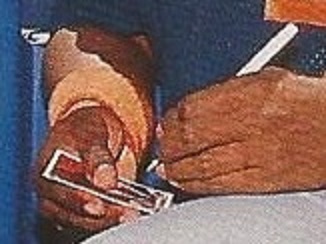 My investigation consisted of me continuing to flip through my Tony Gwynn cards, this time focusing on just ones from 1991 or earlier, for obvious reasons. Like my Joey Cora collection, I keep my Tonys ordered by year, and then alphabetically by manufacturer within each year, so I was starting to get worried by the time I got to 1990. It turns out the card I was looking for was the very last one before the one I had been squinting at. The card he's signing on his All-Star card in the 1991 Upper Deck Final Edition set is his card from the 1991 Upper Deck base set. 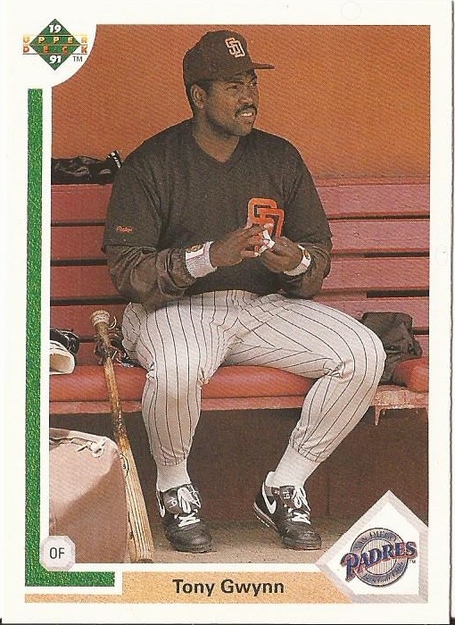 Here's hoping that his fifty-fifth birthday sees Tony back in the dugout in the flesh, not just on baseball cards. Get well, Mr. Padre, and enjoy your day.

Next Up In MLB