As I mentioned yesterday, I recently acquired my first 1-of-1 card. If you want to get technical, it's not actually a card; it's a printing plate that was used to make cards. For the last few years, Topps has been taking the various printing plates used to make their cards and inserting them into packs after the print run was completed. 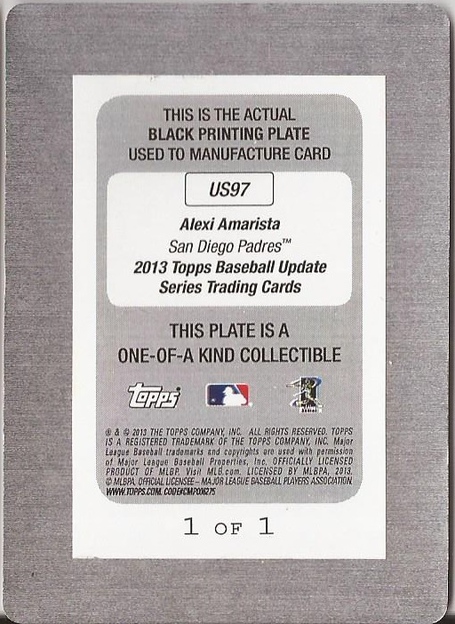 This one, as it says on the back, is the black plate used in making Alexi Amarista's card from last year's Topps Update set. It was Alexi's first Topps card as a member of the Padres, and was long overdue since he's been with the team since early 2012. Seems like they would have included him in the 2012 Update set or Series 1 or 2 in 2013, but it was worth the wait. Since the fifty shades of gray shown above only tell a fraction of the story, here's what the finished product looks like: 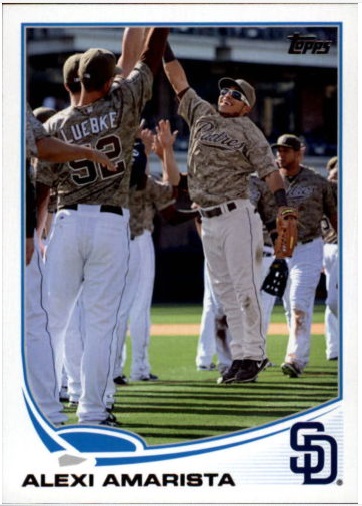 That's everything I could ask for from an Alexi Amarista card. It captures his essence down to every detail: his enthusiasm, that smile, dirty pants, and the fact that he's far shorter than all of his teammates. The day it came out was the day it became my favorite non-Cora card of all time, so it's cool to now own part of what made it happen.