I knew it would be a good experience when it began in a mostly empty parking lot, to get the goods from Jbox.

I had the privilege of taking the Sisterhood of the Traveling Jersey to Washington, DC for the weekend of the Padres series in April, 2014. Having to attend DC for a conference that weekend, I couldn’t pass up the chance to see my eleventh stadium and take the SotTJ somewhere new.

A thing you don’t realize about the jersey until you put it on- it’s surprisingly heavy, and full of things that may poke you. It, expectedly, draws a lot of looks and requires explaining to nearly everyone who sees it, meaning the jersey’s legend has about six new people who know about it. 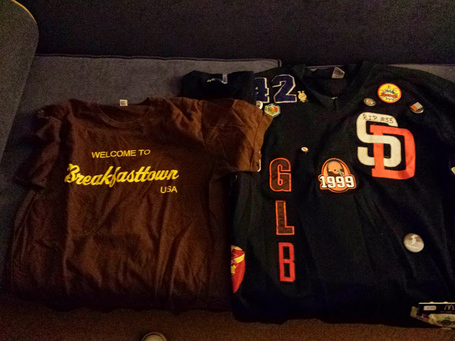 The Jersey, with my Breakfasttown tshirt, worn underneath.

We attended the Friday night game, which was rain delayed by an hour, and spent the extra time holed up in DC’s finest drinking establishment: Gordon Beirsch. Given our many drinking options throughout town, I was shocked by how few options were near Nationals Park; apparently there is a food truck location that was absent due to the rain.

That said, Nats Park was relatively similar to Petco; it had good sight lines from everywhere, and felt small despite a similar capacity. The game was pretty empty due to the rain delay, and tickets cost $7.50 for our upper level seats. The ushers were friendly, and asked about the jersey at every turn. One was kind enough to bring me a "First Time" certificate, which I believe you can also get somewhere at Petco. 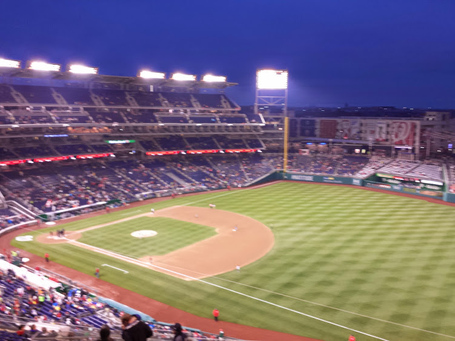 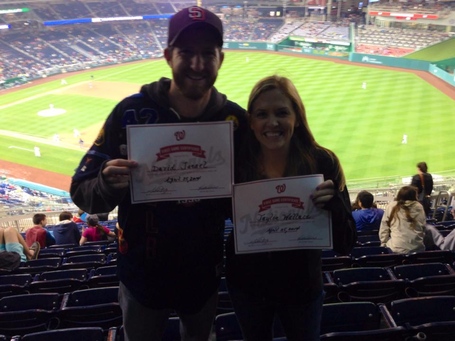 With our shiny new first-time certificates

On to the exciting part: The Presidents Race.

The Padres looked over-matched by Strasburg (he’s from San Diego, you know…) most of the game, and Harper left with an injury. Nate McClouth filled in, which was fortunate, since he uses Mr. Mister’s ‘Kyrie’ as a walk up song, which I love, even if no one else does.

The most exciting part of the game was easily Jace Peterson recording his first MLB hit, which about 6 people in the park realized. We spent the last few innings exploring the park, running in to @MatthewVeryGood on our way out.

Saturday was spent exploring DC, including a visit to the Old Post Office, which has the best view of the city, and a tour of the White House Garden. Sadly, the Old Post Office is closing this week for a few years as the building is being renovated in to a Trump Tower. The White House opens up the gardens two weekends a year, and a friend was able to pass along some tickets. #SotTJ did not make it with (sorry), but it was great to see the landmark from on its grounds. 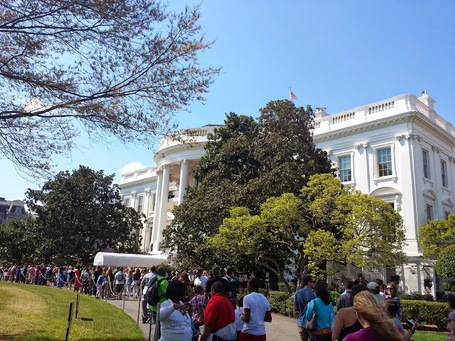 View from the North Lawn of the White House.

The American History Museum is home to my personal favorite piece- Warren Harding’s National League Pass, allowing his party and him entry to any game. These still exist, and are given to Hall of Famers and other important staff. The museum also had baseballs signed by the Senators, and a Negro League team. 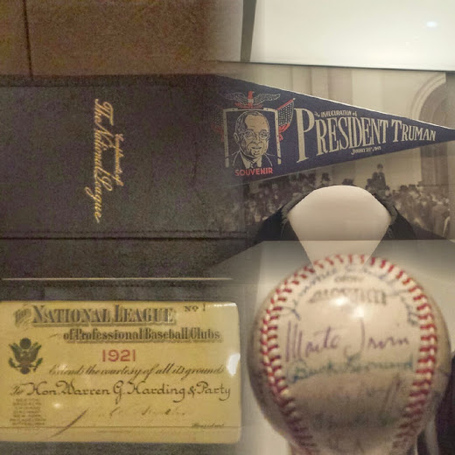 Located at the American History Museum.

Channeling my inner North Park, we learned about the Wright Brothers’ Cycling Company, their enterprise before they learned to fly. The Air and Space Museum is home to the original flyer used at Kitty Hawk, which is an amazing piece of history.

It’s tough to visit DC without seeing the monuments and memorials, which we did at night. The Vietnam War Memorial is designed so that if you stand in the middle, where the two angled walls meet, you can see the reflections of both the Washington Monument and the Lincoln Memorial in the wall. The (relatively) new MLK memorial is striking, sitting on the river and looking back towards the Washington Monument. 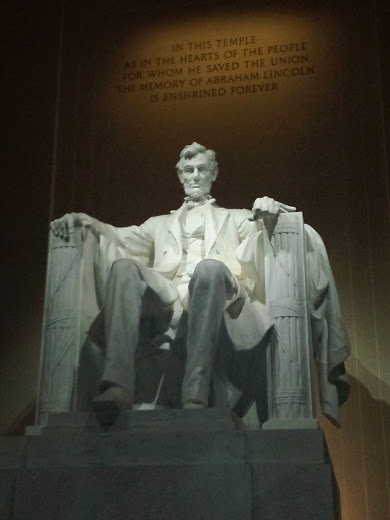 The jersey also failed to visit the National Archives, home to the Constitution and Declaration of Independence, as well as a temporary display of one of the copies of the Magna Carta. It also had an exhibit on signatures, ranging from Benedict Arnold’s Pledge of Loyalty to the United States to Babe Ruth’s draft card. Unfortunately, no photos allowed.

I have added a patch of the White House to the jersey to commemorate its time here. I love DC, and appreciate the opportunity to have taken the Sisterhood of the Travelling Jersey.