Share All sharing options for: Friars Return the Favor 6-1

Just like I said they would; the Padres managed to make their adjustments and (batting against a much less scary pitcher) tore up the Reds to end the entire day of baseball with a victory. With the combination of a killer performance from Tyson Ross and the oh-so inconsistent guest appearance of run support, the Pads played like we could only ever hope.

The Reds started early again, scoring in the bottom of the 1st with a lame little infield-RBI. That ended up being all they wanted to do for the remainder of the game, and were promptly shut out for 8 more frames. Rene Rivera answered very quickly in the second with a 2-out 2-run blast into the stands. He wasn't alone on the homer train; with Yonder Alonso and Everth Cabrera smacking one solo shot a piece into the soggy right and left field seats, both finally tallying their very first HR's of the season.

Chase Headley snuck in an RBI double in the third, and Alonso piled on a run in the 6th before his home run in the 8th. These are names that Padre fans almost used to dread seeing walk up to the plate in RISP situations, but have slowly started inducing something other than punch marks in the walls from the fans. In the past week Yonder has given us 9 hits and 3 RBI's, hitting for a .450 average. Meanwhile, Headley has thrown up 4 hits for 5 RBI's and a .235 average. It's something.

Alonso and Headley both peppering balls into the right spots, their pull-hitting isn't the only thing getting the job done.

But the Padres didn't need much when you've got Ross throwing for 7 innings, only giving up 3 hits and 1 earned run and striking out 8. Lines like that are almost getting monotonous, as opposing teams anticipate a low-scoring series any time the Padres pitching comes into town. What they don't expect a rag-tag group of hitters in droughts playing batting practice and collecting home runs.

What a bunch of dorks.

The Friars have now won 6 of their last 10 games, putting us 2 games behind the smelly Dodgers and 7 games out of first. Our road record is creeping towards an even score, and we'll be heading back west to Colorado to truly test if our bats are ready to come back alive.

The game starts at 5:40 PM tomorrow, but I'll be at California Adventure all day.

abara somehow managed to out-talk TheThinGwynn today, but TTG still racked up the most recs. Boosting numbers with fake accounts, anybody?

EvilSammy's other doggy was way more stoked about today's game. 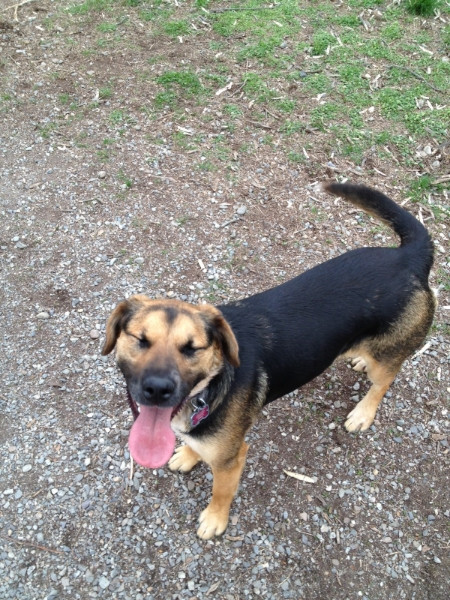