Padres fall 5-0 against the Cincinatti Cueto's

Share All sharing options for: Padres fall 5-0 against the Cincinatti Cueto's

To start off the day's double-header caused by the opposite weather we're having in San Diego right now; Johnny Cueto shut down the San Diego Padres through 9 innings. By the way, did you hear Johnny Cueto's shutout was the first to post such a low ERA in his first nine starts in like 100 years? If you didn't, that's probably because you weren't listening to the game. You would have been reminded after every strike.

Anyway, the Padres slipped back into their unproductive self, less-so than yesterdays low-scoring win. Ian Kennedy wasn't on it today, giving up 11 hits and 5 earned runs. But our offense that has been coined as "anemic" wasn't there to help the situation either. Eight strikeouts from the Friars kept this morning double-header start very simple. 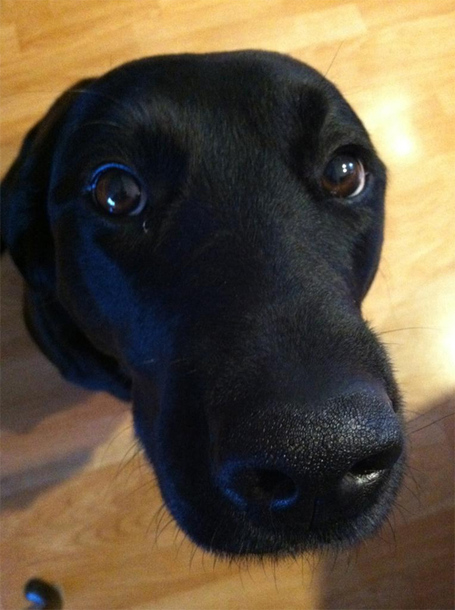 EvilSammy's doggy Delilah represents all of our feelings after being
postponed a day of baseball to be treated to that nonsense.

Kennedy was left in through 6 innings regardless, with Roach to pick him up for the extra two. Most likely to avoid putting strain on the bullpen for the day. Hopefully this pays off and the Padres can adjust, having just flunked against one of the better pitchers in baseball right now. Regardless, there's more baseball to be played.

Our next game will start at 3:10 PM PST (the only timezone that matters). We'll see Tyson Ross brought in to throw against Jeff Francis, who was brought up from AAA-Louisville to fill in for the night game.

I blame everything on the heat.

TheThinGwynn harassed everybody with the most comments as usual.