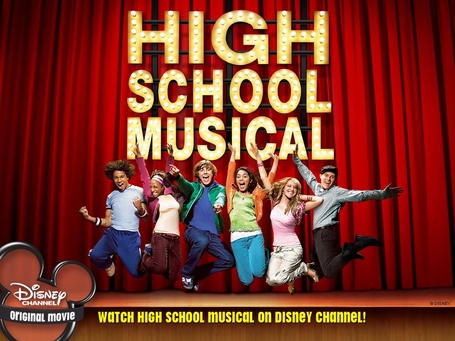 How do I explain the dream I just woke up from?

Here's the scenario: Somehow Gaslamp Ball was staging a musical that was based around the event of a Padres game. This took place in someone's backyard. We were all writing and planning it and pretty much ready to put it on. It was peppy and fun and musically very much like High School Musical.

The opening sequence was actually pretty sick. Right when the music started, somehow the GLB logo was projected into the sky above the stadium (like they do in the Hunger Games Arena). After a moment, the middle of the logo faded out but the circle of the logo remained and FriarFever 's face appeared in it. He said, "Today's keys to the game are to get those 'K's!" But he said it with a youthful buoyancy, (not unlike a 7th grader who plays a reporter in a play). Then Jodes0405 face replaced Friar Fever's, and she said something cheerful and awesome ending with "Have fun at the game today!". Under this the opening snare rolls to the first song (basically a rip off of 'We're All In This Together' from HS musical) was playing. THEN Jodes face in the GLB logo faded from the sky, and this happened: The camera panned down slowly as two planes with short messages on them passed each other at right angles in the sky, and on the ground right below the planes from this very specific camera angle my friend Tyrone did forward flips from right to left across the shot, while I myself did forward handsprings from left to right. Music was playing, it was very festive. I remember thinking "Damn, I better not hit Tyrone as I do this" (I can really do said handsprings though it's been a minute). I also don't know how I'm supposed to be playing music and doing gymnastics at the same time.

After finishing my tumbling run at the far side of the lawn (remember this all on someone's backyard lawn) I had this startling realization: we had no real story at all. We had a bitchin opening sequence but what would be the plot for this baseball game based GLB musical?

And at that moment I woke up. Dang it.

Now I'm pretty sure I know what brought this dream about.

1) A strange schedule this week as I drive to and from a week long run at a Casino gig and eat tons of food late at night. It's a good recipe for unusual body chemistry.

2) I have been listening with even more avid fervor than usual to the Padres Brewers games over the last couple nights. I've been listening both on the way to said gig as the games begin and I've been keeping tabs on the score once on the gig with MLB At Bat open on my phone.

3) This Vine (make sure you enable the audio) which I tweeted out a couple days ago with a snide remark about Dodger fans. It has the song from HS musical I was talking about.

While this was not as cool as Friar Fever's amazing Jedd Gyorko Royal Rumble Dream, I figured it was pretty unique and worth sharing. Hopefully one day, along with sky projection technology, this musical will become a reality. Until that day, we can only dream about it.