Share All sharing options for: Game Thread: 04/21 Padres vs. Brewers

The Brewers are so nervous to face Andrew Cashner tonight it's making them physically ill. They're playing it off as a "bug," but we all know the truth.

Grounds crew on unfortunate cleanup duty near third base after a player was ill on the field. Bad bug spreading through #Brewers clubhouse.

I don't always get to watch Padres Live before games but I've watched it the past couple of days. I remember back in the Channel 4 SD days, they would have Bob Scanlan on the pregame show and they'd have "Scan's Keys to the Game," which were always helpful, well-thought-out analyses of the matchups for each particular game. From what I've seen on FSSD lately, "Keys to the Game" are usually some form of this: 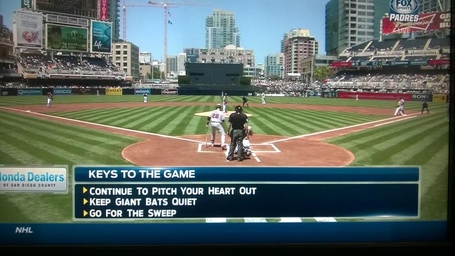 So I'm gonna invite you all to leave your own keys to the game in the comments and we'll see if you can come up with something better. I'm betting you can. 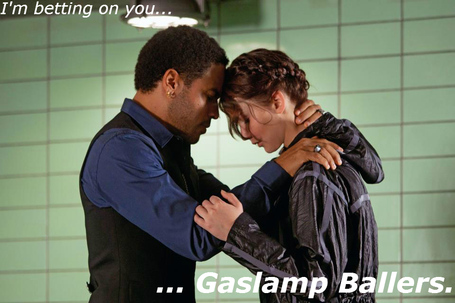