Photos of some of the changes around Petco Park

Share All sharing options for: Photos of some of the changes around Petco Park

Your buddy Jonny Dub was down at Petco Park this afternoon letting his kids get some fresh air and run around the playground.   He texted me photos of some of the changes that Mike Dee teased that are now currently under construction.

First he wanted me to share with you pictures of the new Jumbotron on the back of the batter's eye.  Here's the old one for reference: 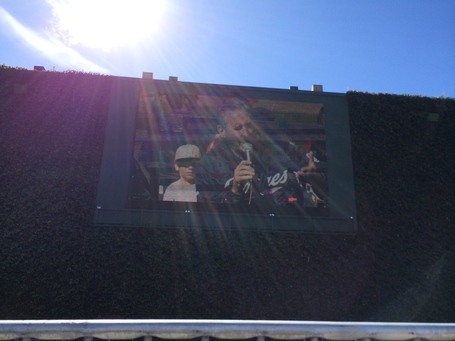 And here's the new one, it's said to be 50% bigger, though it doesn't really look it in the photo. 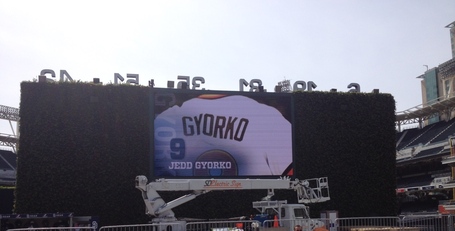 Next up was a peninsula of paved bricks coming off of the K Street concourse.  Jon was convinced that since the bricks are blue and orange that President Mike Dee plans to change the Padres uniforms to the same colors as we previously speculated. 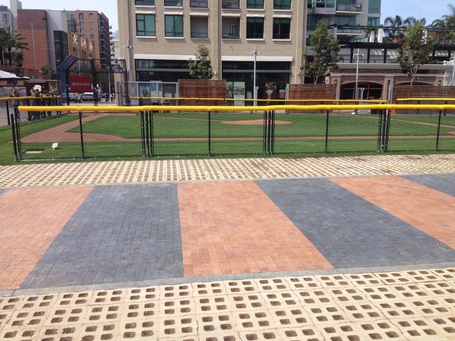 But he later recanted saying that the brick's color scheme matches the bricks that are already in place in the Palm Court Plaza area.  It's probably a red herring.

Here's both of the changes together in one picture: 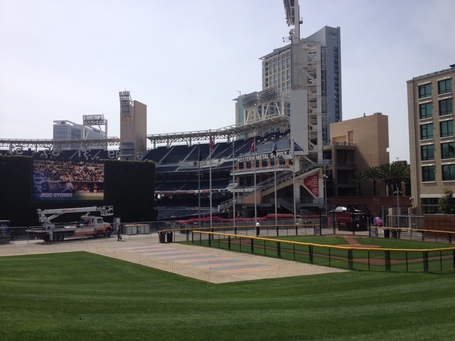 Meanwhile at roughly the same time President Mike Dee and VP Wayne Partello tweeted pictures of changes happening on top of the old Western Metal Supply building.  The new shack will be home to Rimel's Rotisserie.

Also Brad tweeted a picture earlier in the week of a new Lucha Libre Taco Shop sign being installed at Petco Park. He surmised in a later tweet that it'll be located on the field level.

Looks like Lucha Libre will be at Petco Park this season! Can't wait to get some of that! @Padres #Padres pic.twitter.com/8nKt5i5BSJ

Changes to the ballpark in the upcoming season