From EuroPad to NFL Player: The Dream of A Gaslamp Baller

This man is in the midst of preparing himself for the chance of a lifetime.

Share All sharing options for: From EuroPad to NFL Player: The Dream of A Gaslamp Baller

He has been spreading the word of the Padres throughout the continent dominated by football. He even spent some time playing baseball. I think he stopped doing that because he got a better gig. Something about being a journalist and being sent to the 2012 London Olympics. Little stuff like that.

Yet, Alex is taking on a new journey. He’s trading in his football for our football. In 3 weeks, he is making a trip to the United States to try out in front of scouts during an NFL Combine. I’ll just go ahead and wait for you to pick your jaws up off the floor.

Are you good now? Everything all right? Cool.

Alex is getting this chance to show off in front of scouts for a chance to be in the National Football League. I found out about a month ago and it has been about that long for me to figure out how to put finger to keyboard and fill you in. But, while I've been wasting time not telling you about the man, he's been out there pushing himself to the limit in order to reach his goals by February 15 at 12:30 p.m. His position of choice? Tight end with the dream of being a British Antonio Gates or Jason Witten.

He has been detailing much of his struggles and small victories on his Twitter account. You can follow him on @AlintheNFL or read his blog titled Al In The NFL. 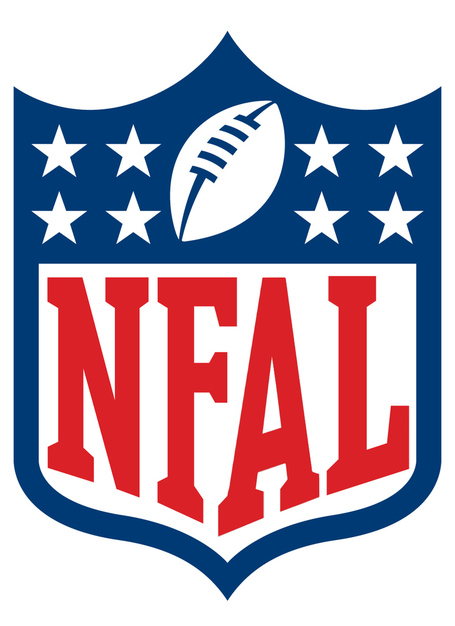 It's a great read and explains everything waaayyy better than I've been doing right now.

If Alex is able to make an impression on the scouts in February, he could be invited to the Super Regional Combine in Detroit that is held in April with a chance to be drafted during the NFL Draft or signed as a free agent by any of the 32 teams in the NFL. Drafted...

Though, as Alex has said in his article for his local paper, he does not expect to progress any further than spending "five minutes in the artificial halogen sun of the New York Jets indoor training facility in February before being politely sent home." Yet, those five minutes are more than probably all of us could ever dream of getting. If that is all Alex will get, I hope he makes the most of it. As he has said, ""At least I’ll never have to think ‘if only I’d….".

To read more about Alex's journey through football drills and the impending journey to New York City, you can check out his articles on Kent Online. Below are the first 3 articles about Alex and what it means to him to have this opportunity.

KM Media Group Journalist Alex Hoad is attending the NFL Regional Combine, here he explains some of the skills he'll need to make the right impression

There will still be a few articles to go, so pay attention to his Twitter account and his fantastic blog for more to come from now until February and possibly even further.