A few months ago I was reading RJ's Fro's blog post about Padres beach towels. I realized that he was missing a few towels from his collection that I happened to have in my closet.

Furthermore I noticed that we had the same color carpet. And in this rare instance I'm not talking about pubic hairs. With this information I surmised that if I took pictures of my towels on my carpet they'd match his towels on his carpet, and maybe, just maybe he'd add my pictures to his blog post.

Months passed and my enthusiasm for the project dissipated. Today however realizing that I had nothing better to do, I pulled out my pile of beach towels and took pictures of 4 of them.

The 5th picture I took years ago, in 2008. It's of my oldest towel from 1989, I think. I too had written a blog post about Padres beach towels back when it was still cool to do such a thing. I explained in the post that I had not cut strips out of the towel to carbon date it, like the Shroud of Turin. This holy relic was instead cut to wax my car.

So here's some of my towels. Hopefully RJ's Fro can tell us the years in which they were produced. 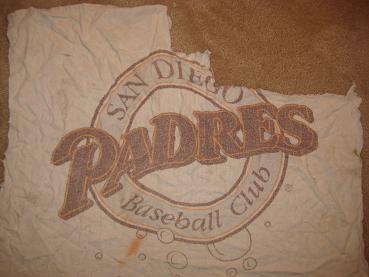 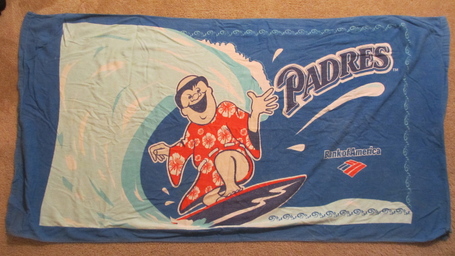 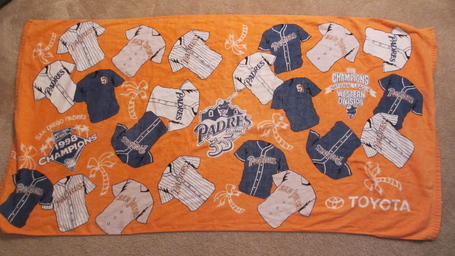 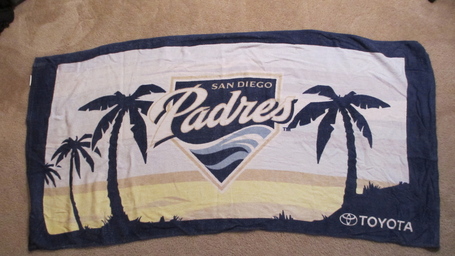 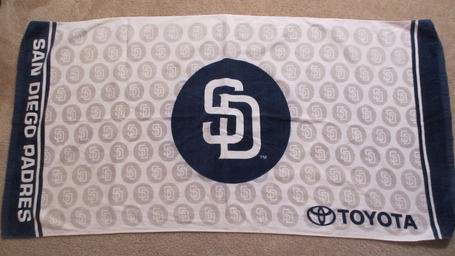