Share All sharing options for: Game Thread: 07/14 Padres vs. Giants

That's my kid doing his best Belloq impression with the Padres Fedora.

Friday night Jbox and I went to the game; mainly in part to get our hands on the Fedora giveaway. I tell you what, I think this is the best giveaway of the season so far. That night it looked like the 1930's with practically everybody (even Giant fans) wearing a fedora. The Fedora reminds me of the floppy hats the Padres would give away in the '90's and early 2000's. It was everybody's favorite giveaway. For those of you who remember him, here is a pic of Dex with a floppy hat back in the days of the Q. 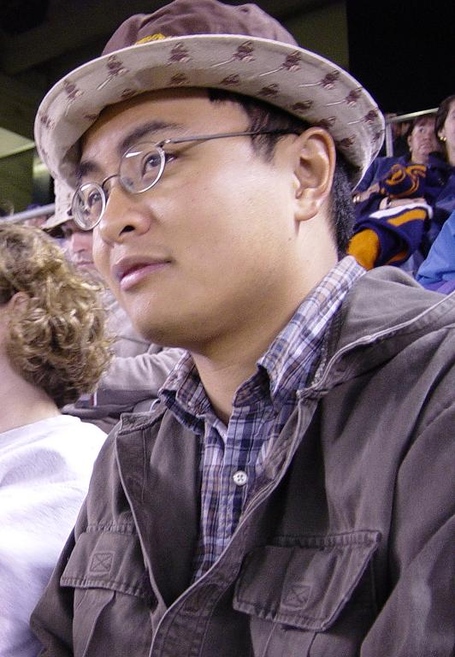 I'm glad the Padres stopped doing Floppy Hats. That giveaway had run it's course, maybe a bit too long. Yes I do need twenty five beach towels, but no, I don't need that many Floppy Hats. But how many Fedoras do I need? Is one enough? Should the Padres do this again next year, but a different color? Or was once enough? The one thing I do know is I'd rather talk about Fedoras than about our team... pretty sad.

The Fedora was great, should the Padres do it again next year?

This poll is closed