In the last inning of the last night's game as the Padres were putting the finishing touches on another victory over the Dodgers I saw a familiar face exit field level seats behind home plate. I was in the standing room area behind home plate affectionately known as "the spot". I got a good look. It was Jeff Moorad. I'd know that beard and those sleepy eyes anywhere.

The former minority owner who had failed in his bid to buy out John Moores stake in the team hasn't been heard from in quite some time. After the other owners voted him down, he cleared out his office and skipped town. In all honesty I'm not sure, as fans, how we're supposed to feel about him. It seems like something shady might have gone down when he rushed to buy out Moores before signing a $2 billion dollar TV contract. The thing is it was rumored that he was trying to use the Fox Sports money to buy the team. It's all very confusing. Moores eventually walked off with a good portion of that TV money, just to make sure the Padres would be left in squalor. Maybe it would have benefited the team if they had hid the money from Moores after all.

In any case, it looked like Moorad was with his son and attending as a fan. His game companion and his clothing led me to believe he wasn't there on official business. Speaking of his clothing, he was a major proponent of the Padres blue and gray uniforms, but was wearing a brown and gold athletic jacket last night. Maybe he's coming around.

Realizing that no one would believe me I took some extremely blurry photos of him walking towards the exit. Now there can be no doubt it was him! 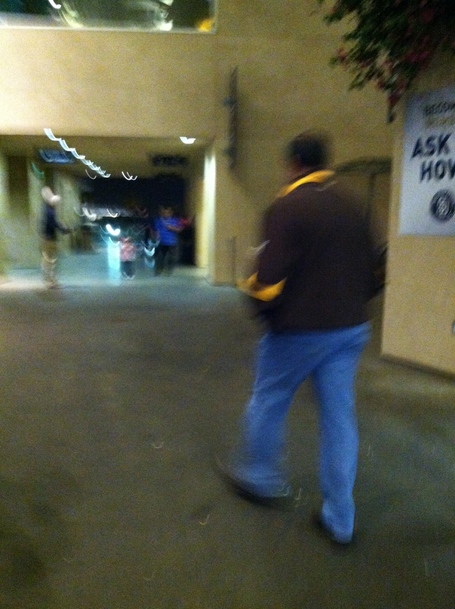 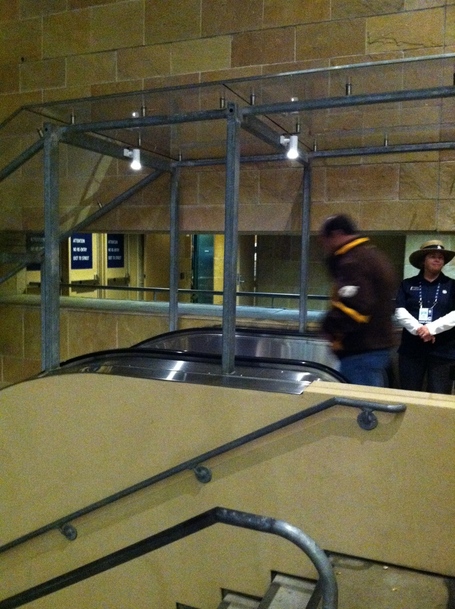