Share All sharing options for: Game Thread: 06/16 Padres vs. Diamondbacks

This is my second father's day. We're having like 15 people over at our house today, including 5 dads. I'll have the game on in the background but most likely won't be able to watch any of it. Really I'm having to entertain other people on father's day. Oh well, I don't mind. 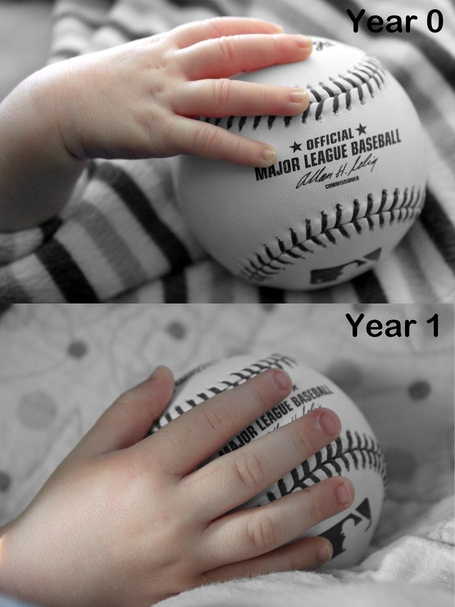 Shortly after my son was born I took a picture of him "holding" a baseball. I did it again around his first birthday a couple months ago. I plan on doing this every year for as long as he lets me. Or until he's in his thirties and then it's just weird.

Padres look to sweep the first place DBacks today! Can you believe it?! Back to .500, and only a couple games out of first!