Five Jedd Gyorko baseball cards that don't exist (but should)

Share All sharing options for: Five Jedd Gyorko baseball cards that don't exist (but should)

Last night I was bored so I decided to make a mockup of a 1961 Topps card featuring Jedd Gyorko. Why '61 Topps? Well, for one, it's a classic design. Secondly, and more importantly, it would be incredibly easy to mimic. I got kinda locked in and churned out four more cards of him on other old designs. I didn't recycle any of the sets I used when I gave Alexi Amarista the same treatment because that would have just been lazy.

Here are the five cards I came up with along with, like before, an actual card from that set as a frame of reference: 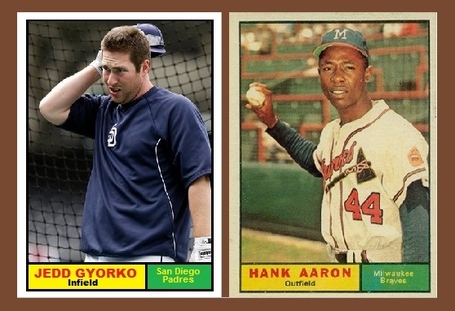 1961 Topps
See, I told you it's a very simple design. I matched it up with Hank Aaron because the Padres weren't around back then and you can't go wrong with the real home run king. 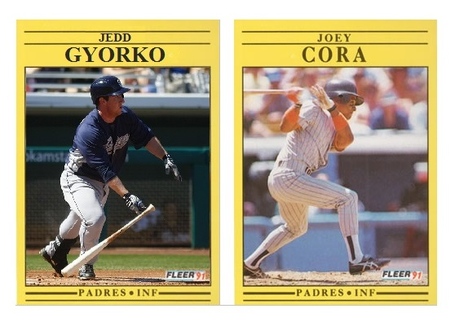 1991 Fleer
I used to think these cards were so ugly when I was a kid but they've grown on me. 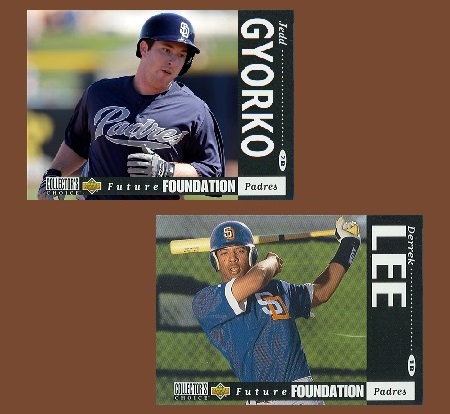 1994 Upper Deck Collector's Choice Future Foundation
I was trying to think of what card to do next so I flipped through a stack of cards for inspiration. I came across this one and while it isn't classic, it is simple and that's what mattered to me. 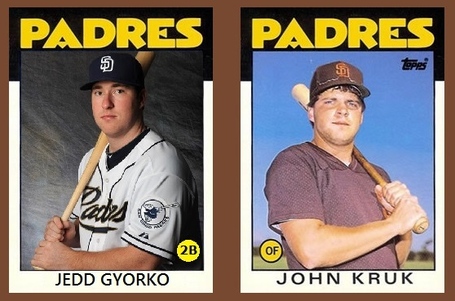 1986 Topps
Montani semper liberi. And don't you forget it. 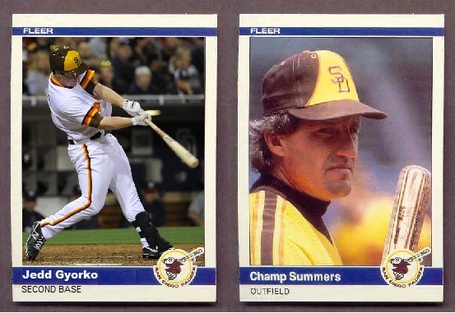 There are still so many old sets out there waiting to have current Padres sloppily pasted on them. Maybe I'll make some of John Baker next. Backup catchers need love too.