Share All sharing options for: Top 3 Appearances In An Animated TV Show By A Former San Diego Padre

Off the top of my head, I can think of three former Padres who have appeared on an animated show. There might be more out there for all I know. I'm sure a few of you will comment with cool stuff I've never seen and probably one obvious one I overlooked. 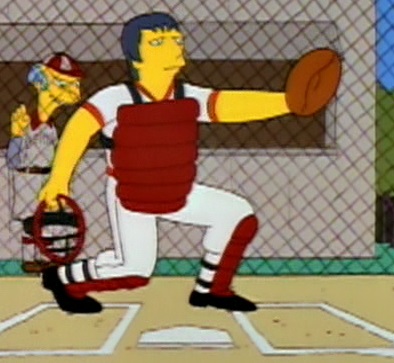 "Wait", some of you are saying. "Mike Scioscia played for the Padres?" Yes, he did. Well, kind of. The longtime D*****s catcher signed with the Padres after the 1992 season when his old team decided to start rookie Mike Piazza in '93. Scioscia was injured in spring training and wound up on a few cards as a Friar despite never playing in a regular season game with the team.

Scioscia appeared on The Simpsons twice. The first occasion (pictured above) was before his stint with the Padres, as part of Mr. Burns' softball team, in the all-time great episode "Homer At The Bat". He was selected for the role after Carlton Fisk turned it down. 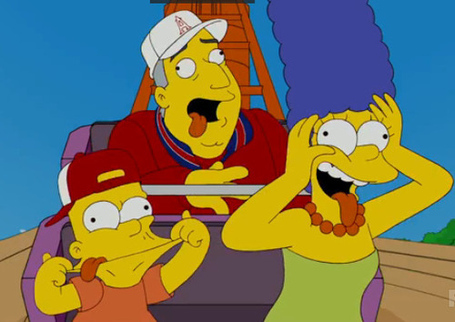 His second appearance on the show was on the "MoneyBart" episode, which first aired 10/10/10. A great episode on its own, it's probably best remembered for its opening sequence and couch gag, which was done by Banksy. 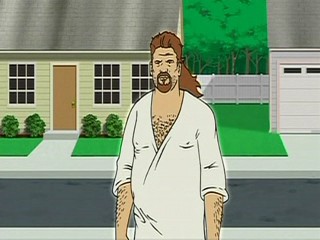 This is the one on the list that I haven't fully seen. It's such an awful show that I could never bring myself to sit through eleven whole minutes of it just to hear a few lines. The Adult Swim site has a 55-second clip from the episode; I guess it's funny? I will say that the description of the episode sounds intriguing; at the end Kruk convinces Carl to cut off his nipples. Alright. Moving right along, then... 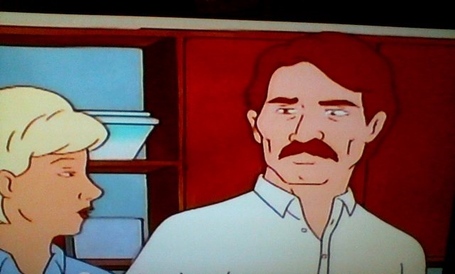 Former pinch hitter and utility man Kurt Bevacqua, best remembered by Padres fans for his two home runs and .412 BA in the 1984 World Series, appeared in a third season episode of the greatest animated show of all time. In the episode, Bevacqua's wife is hired by Strickland Propane's nemesis Thatherton Fuels because league rules stipulate immediate family members are eligible to play on the softball teams. He appears briefly at the beginning of the episode and again at the end for the final showdown. 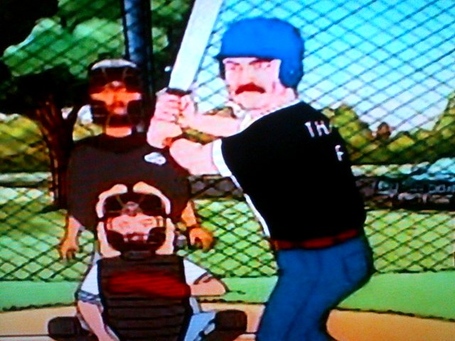