The jersey arrived in a box labeled "Warning contains awesome". Seemed like good foreshadowing message. As soon as I laid it down I went to get my phone and when I came back my cat had jumped on it, curled up, and went to sleep. My chance to wear the jersey would have to wait as my cat had obviously called dibs before me. I had planned on wearing the jersey to the Women's NCAA tournament games held here in Lubbock as the Lady Red Raiders were playing. I forgot and obviously the Jersey was mad because we got upset by a 10 seed by 1 point on our home court. My bad... 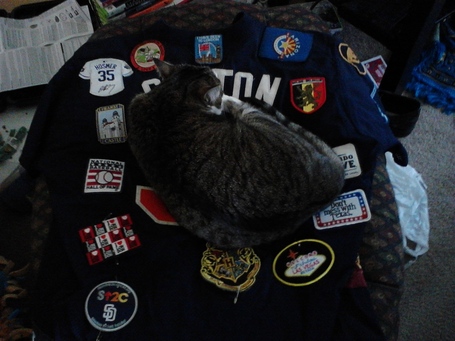 The next step was finding a Texas Tech patch to add on to the jersey. Texas Tech stopped licensing them so I got 2 birds with one stone as I destroyed a plaid hat and got a patch. My girlfriend was nice enough to sew on the patches just hanging with safety pins. I helped as much as I could but I pricked my self 7-9 times, broke the thread a couple times and broke 2 of her needles just sewing on two patches. 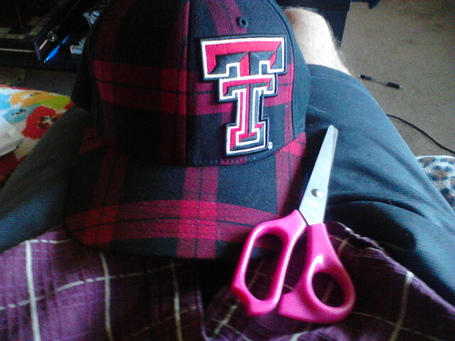 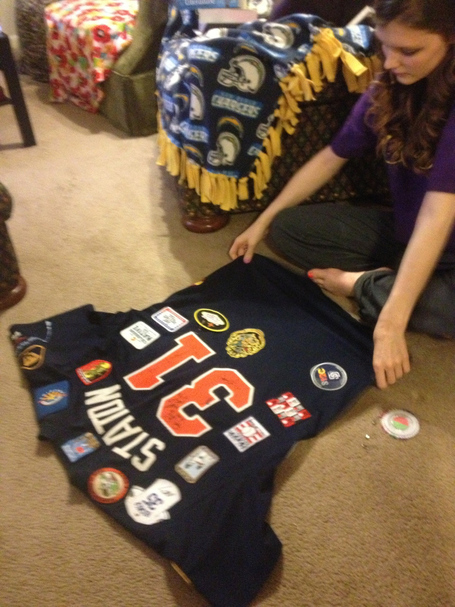 The next day I had a test, which I didn't study for since I knew the power of the jersey. Needless to say I got all the questions right and a bonus question. The professor passed me with an A on the spot and told me not to bother showing up the rest of the semester unless it was to impart my wisdom. After that it was time for the first leg of the triangle down to San Antonio for the first ever game in the Alamodome. In case you were wondering, yes, West Texas is just flat land with wind mills. I won't sugar coat it. 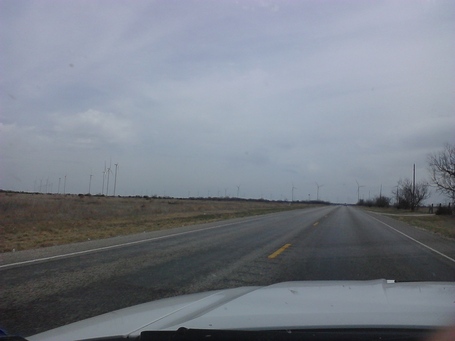 Finally finished the 5.5 hour drive and had about an hour before the game started. Here is the view from my hotel of the Alamodome. 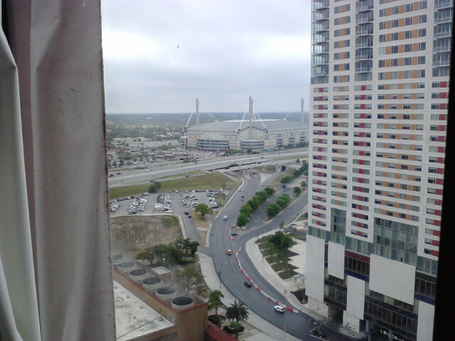 Walked to the stadium and H.E.B was giving out free ice cream sandwiches to Padre fans only or at least that is what I wanted to believe. I was also instructed by my sister and my dad to take a picture of me with the Budweiser girls for the blog. Your welcome. 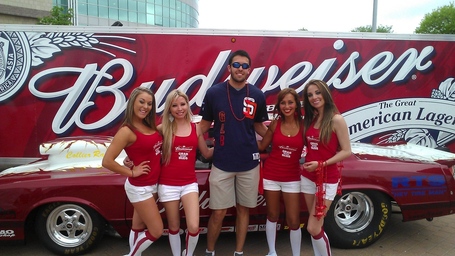 My dad, the longest tenured Padre fan in the family, decided to go big rather than go home and went to both games in full friar gear. Everyone from Rangers fans to ESPN personnel wanted pictures with the habit wearing Padre. I usually got in the pictures as well, showing off the best article of clothing known to man. 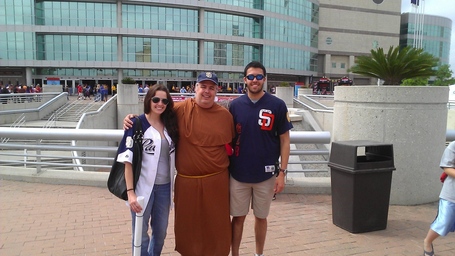 It was time for the first pitch and the ball was delivered by soldiers fast rope repelling from the ceiling to AC/DC's Back in Black. It was obviously a home game for the Rangers but the Padres started the scoring first. Venable cranked a home run 10 rows past 410 sign in center for a 1-0 lead. Unfortunately the Padres lost the first game 4 to 5 but did hit 3 home runs to the Rangers 0. There was a fight as a Padre fan took a punch to the face from a Rangers fan who then proceeded to run before the cops rolled in. A pretty punk move but one of the only bad experiences with the Rangers fans. My sister and I also ended up on the Jumbo tron with our signs reading, "Who's your Padre?" and "Respect your Padre" so I can now check that off the bucket list. 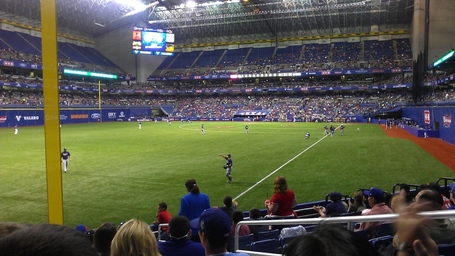 The jersey then got to revisit the River Walk and the Alamo and I enjoyed a tasty peach smoothie, bypassing the hundreds of opportunities for beer or margaritas. 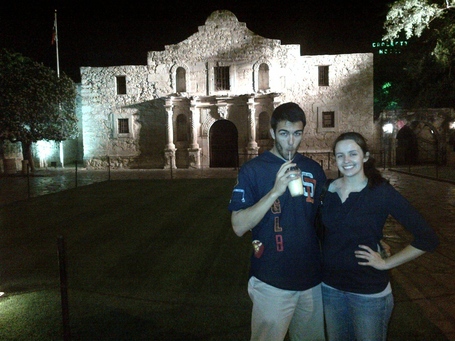 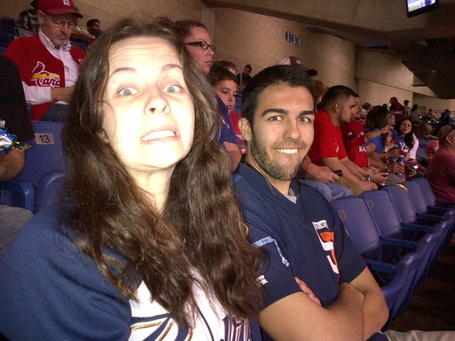 After the game I went to stay at my best friend's place at UTSA for the night planning on returning to Lubbock the next day. Instead the Jersey worked its magic and suddenly my buddy got 4 tickets to the Elite Eight up in Dallas where his Michigan Wolverines were playing. We hit the road at 7am the next day and got to Cowboy Stadium for the game and while in the 336 section, the view wasn't bad. 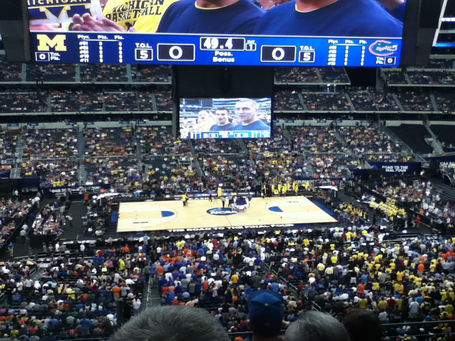 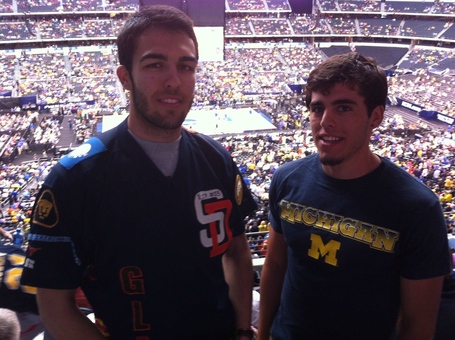 Of course the Jersey with it's desire to go to a NCAA tournament now fulfilled, Michigan won and the trip was a success.

It was then back to Lubbock and the Jersey was back off to the next lucky Padre fan.

Places for the Map: