From the start you could feel the tension between the division rival Padres and D-Backs. For me it came in the form of an abnormal swelling down in my bean purse.

Tyson Ross made the start for the Padres. Like a clubhouse fart and a pair of baseball pants, Ross breezed through the Diamondbacks line up for 5 1/3 innings. Andy Masur says Ross hasn't allowed a run in his last 3 starts and I believe him. All that dude does is throw up zeros, like I did when I got sick off SpaghettiOs as a kid. Give Ross the Opening Day start, is what I say. Clayton Richard's days of being the staff ace are over!

In the bottom of the 1st inning Alexi Amarista led off with a line drive double to right field. Will Venable laid down a bunt to the first base side to advance Alexi to third. Venable probably could have just swung away, since all he does is hit weak grounders to first anyway, but his bunting skills are admirable. In any case, Mark Kotsay hit a sacrifice fly to left field to give the Padres the early 1-0 lead.

In the 4th inning the Padres offense struck again. Mark Kotsay drew a walk in preparation for some back-to-back jacks. Yonder Alonso launched the first, a 2 run homer to left center field, to make the score 3-0. Jesus Guzman then spanked his own to center. Until his home run I kinda forgot that Guzman was on the team. It's probably due to a combination of his relatively quiet Spring and my complete lack of attention. To end the 4th Jedd Gyorko.knocked Diamondback pitcher Ian Kennedy out of the game with a line drive off his leg.

Donn Roach came in to relieve Ross in the top of the 6th. He immediately gave up a homer to Gerardo Parra. 4-1 Padres.

In the bottom of the 6th Alonso and Guzman teamed up again to make a run. Yonder doubled to center and was promptly substituted for pinch-runner by Manager Bud Black. Guzman is apparently a copy cat and again followed Yonder's hit with an identical of his own. This double scored the runner. 5-1 Padres. 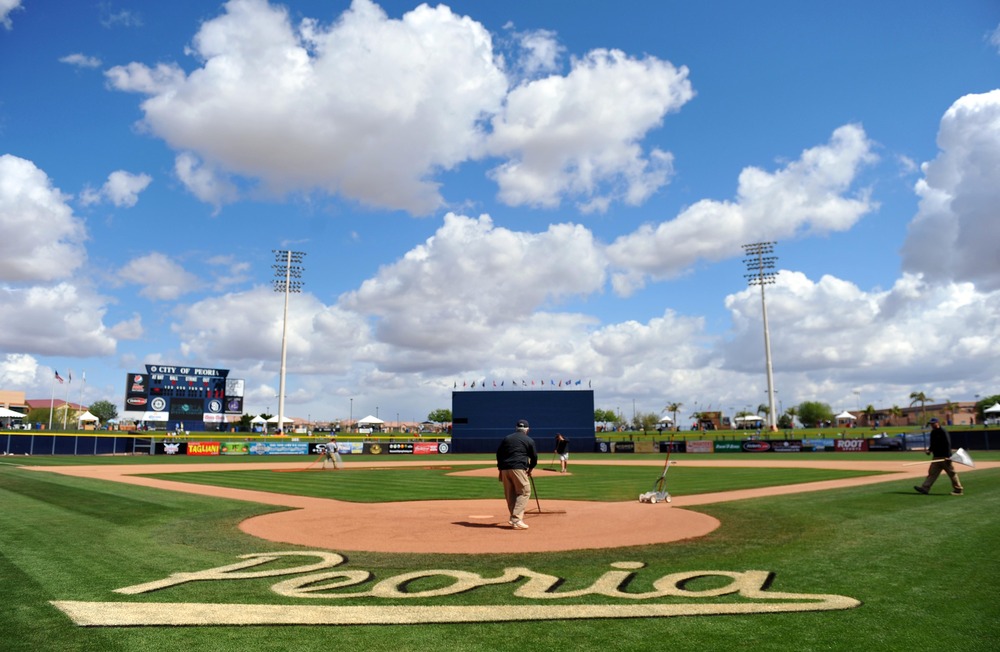 In the 7th the field was flooded by a billion substitutions and a billion runs. The first run came on a fielder's choice making the score 6-1. Later with the bases loaded the great nephew of Eddie Gaedele, Kyle Gaedele, hit a grand slam OVER the batter's eye in center field. 10-1 Padres.

In the 9th Brandon Kloess couldn't close out the game. He gave up 4 runs, 3 of those were off of a Didi Gregorious homer. 10-5 Padres. Tommy Layne came in and gave up another run but finalized a Padres 10-6 win.