The Padres signed Joaquin Benoit to their largest Free Agent contract ever, which not only seems to give the Padres a legitimate set-up man but also a closer as insurance if Huston Street is injured again. The move seems to be pretty well liked by media and bloggers the world over. Those that questioned the signing didn't have any negative comments necessarily about Benoit himself, they just questioned the way the Padres are spending their money.

Sure the Padres could have attempted to keep Luke Gregerson and probably signed him for cheaper, but we've had Gregerson for years and look where that got us. Nowhere.

A week has passed since the signing and the reviews are all in. It ranks 81% fresh on the Tomatometer..

When I was searching for a movie on Rotten Tomatoes with the same score as the signing, the first thing that popped up was the movie Catfish, which could have been a good metaphor, if Benoit turns out not to be the pitcher we were expecting somewhere down the road, but alas it was only 80% fresh.

Instead we compare this signing to Despicable Me, for which I cannot come up with a metaphor because I barely remember the movie.

Padres Support Closer With Free-Agent Closer | FanGraphs Baseball
The Padres, maybe more than anyone else, have been able to generate good cheap relievers over the years, and so it’s a leap to see them commit this money to a veteran closer who might not even close. But Benoit is good. It is a good deal, at least relative to the Balfour deal and the Jim Johnson deal.

Joaquin Benoit a solid addition for Padres' bullpen, but what about Huston Street? - MLB - Sporting News
However it works out, it’s good business for the Padres, who could be a sleeper contender in the National League West in 2014

Breaking down Ryan Doumit deal and others - Keith Law - ESPN
The Padres traded Luke Gregerson, likely to make $4-5 million in arbitration, for a comparably priced fourth outfielder (Seth Smith) then gave Benoit far more money to do Gregerson's job and probably not do it as well. The Padres would have been better off standing pat and maybe trying to extend Gregerson

@TedLeitner
My #Padres just got a lot better as soon as Benoit moves his stuff into his Peoria locker. Big time pick up by the club. Big $ and worth it 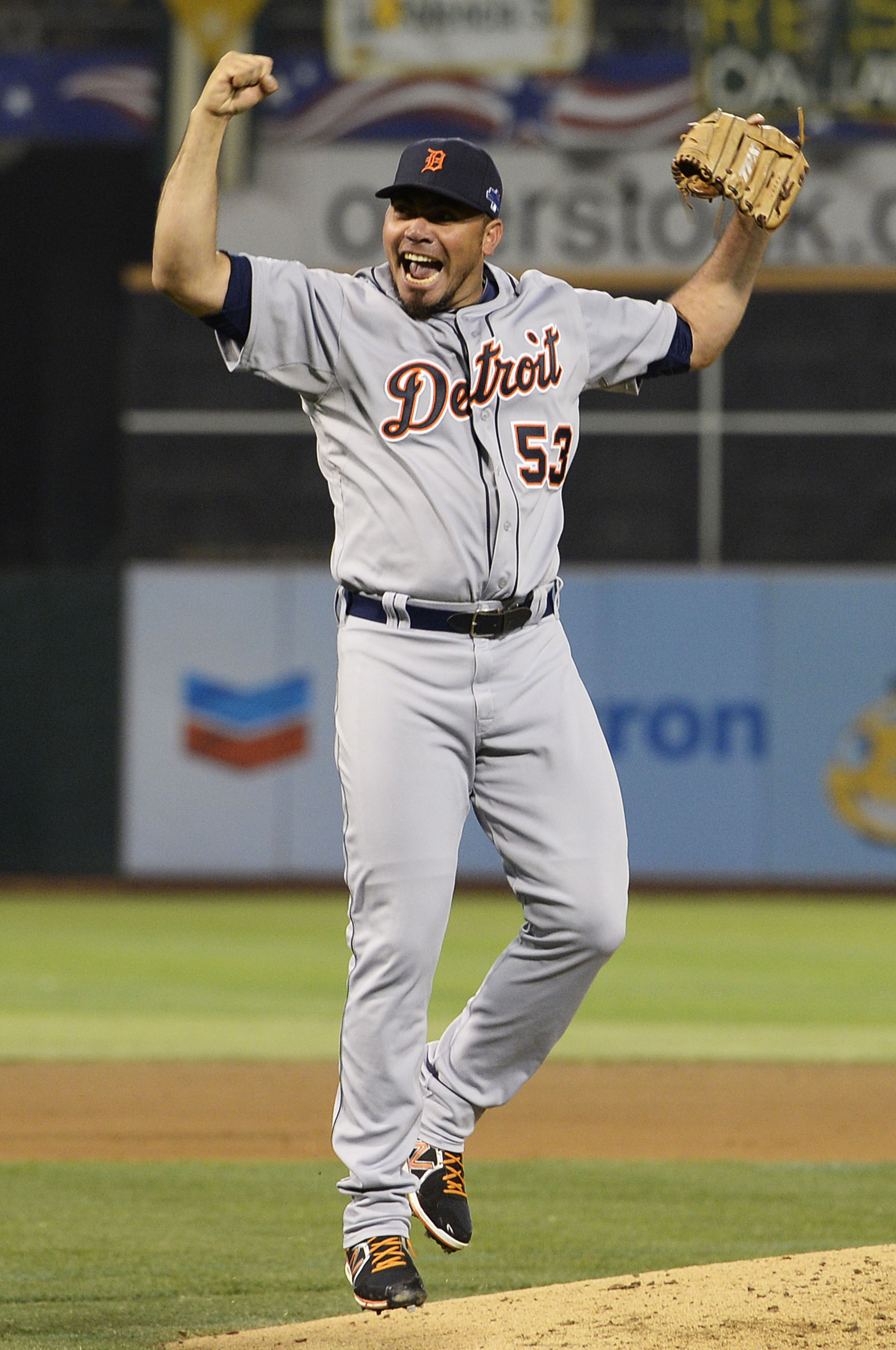 Whatever your reservations were or are about the Luke Gregerson for Seth Smith trade, that should not keep you from liking this free agent signing.

@619Sports
In general, I prefer finding value relievers in the market rather than spending market value on relief. That said Benoit's a quality RHP. Weird in that with limited budget I'd think SD would be spending elsewhere. I'll wait for full picture to come together before judging.

Going All-In With Joaquin Benoit | Padres Public
Should the Padres give their largest ever free agent contract to a lowly reliever? Yes. Or anybody else who deserves it. That should not be a factor in the decision-making process. The better question is whether the Padres should be allocating such a large amount of money to the bullpen, considering that Huston Street is already making $7 million in 2014. In my opinion, yes.

Padres sign Joaquin Benoit for 2 years, $15.5 million - MLB Daily Dish
If Street goes down, having Benoit in line to replace him could be huge for the Padres. The club appears to have designs on making a serious run at the NL West this season after signing Josh Johnson and landing Smith.

@Ducksnorts
Benoit + Smith > Gregerson + Kotsay. They will be more expensive. And better.

Padres To Sign Joaquin Benoit: MLB Rumors - MLBTradeRumors.com
Benoit fills a need for the Padres by adding an experienced arm to the back of the bullpen now that Luke Gregerson has been traded to the Athletics.

@Steve_Adler
I won't deny that Benoit is an upgrade, but it is fair to question the way Byrnes spends the teams' budget.

Padres sign Joaquin Benoit - Friars on Base
Benoit is an upgrade over Luke Gregerson as the setup man, and is versatile enough to be our closer when necessary.

@WoeDoctor
I don't think it's awful, but Benoit is essentially replacing Gregerson. They still have to recoup his value first.

Joaquin Benoit a solid addition for Padres' bullpen, but what about Huston Street? - MLB - Sporting News
However it works out, it’s good business for the Padres, who could be a sleeper contender in the National League West in 2014

Joaquin Benoit and San Diego Padres Reportedly Agree to 2-Year Contract | Bleacher Report
Even if things go south for the Padres, Benoit should be a fantastic trade piece if nothing else, so it is a very savvy signing on Byrnes' part.