The two former Padres pictured above share a birthday and not much else in common. One has his number retired by the team, and the other was hitless in his lone pair of at-bats with the club. 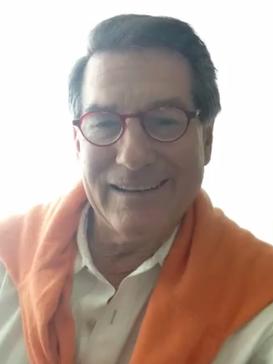 "...Garvey, however, was all class and took it easy on our buddy. And as if to illustrate his class even more he wore some stylish spectacles and a sweater around his neck. Classic Garv."

Steve Garvey had a rough start to his sixty-fifth year. Back in February, he revealed that he'd been battling prostate cancer and was auctioning some of his memorabilia. More recently he was yet again denied entry to the Hall of Fame. Not like it was a big shock that he didn't get the required votes, but it seems like at this point making him a choice on a ballot is just rubbing it in that he doesn't make the cut. Then again, maybe it's like Oscars and whatnot, and it's just an honor to be nominated. Probably that second one. I should ask him next time I run into him at... oh, who am I kidding?

Garvey is pictured here on his 1984 Fleer card, number 300 in the set. It's probably my favorite Steve Garvey card; I've always been a fan of cards showing the player signing autographs. I have several other cards showing Padres signing. Tony Gwynn, Bip Roberts, Trevor Hoffman, and Eddie Williams come to mind immediately, but there are others.

Jason Lane is pictured as a member of the Houston Astros, as his tenure with San Diego lasted all of three games and two plate appearances, back in the sweet-right-until-it-got-extremely-bitter 2007 season. He's back in the organization now, but as a left-handed pitcher. He got into 11 games last season with the AAA Tucson Padres, who have since moved to El Paso and became the Chihuahuas. It's likely he'll start the season there, since he re-signed with the organization on a minor league deal.

As shown here on his 2006 Upper Deck card, number 211, Lane bats right-handed. That combined with his left-handed throwing make for a fairly rare combination. Rickey Henderson is the best known of players of that sort, but more about him on his birthday... a whole three days from now.