One of my favorite shows currently on TV is 10 Things You Don't Know About. It's a History Channel show that is actually about history. Each episode focuses on one topic - presidential assassinations, the White House, or prohibition, for example - and presents 10 facts about the subject in the span of an hour. Sounds good so far, right? I haven't even gotten to the best part. The host is Henry Rollins. HENRY F***ING ROLLINS. Yeah. 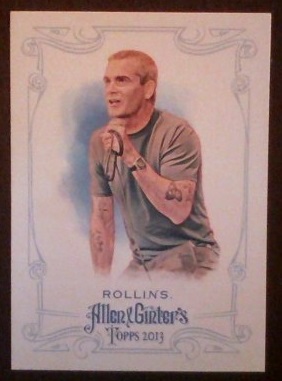 Henry was included in this year's Allen & Ginter's set. I have a few Padres from the set but this card was the one I was most excited about when the checklist surfaced. As soon as I got the card above in the mail from my pal Marcus, I posted it on Twitter and Facebook. A conversation broke out in the Facebook comments about how there's an autographed insert of him too. I said something about how I might get around to trying to get one one of these days, and forgot about it.

About two weeks later, I got an envelope from my friend Shane. I opened it up and found... 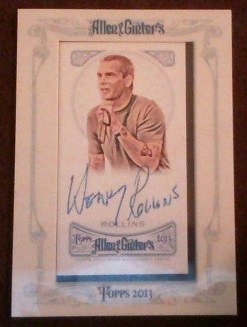 How cool is that?!?! It's signed (under the supervision of a Topps employee), and like other A&G autograph issues is a mini-card in a frame with a slight gap, encased in plastic. It's definitely my favorite non-baseball card ever.

Now that I've gotten past making an excuse to show those off, I can bring it back to talking about his TV show. Today is Dan Spillner's birthday and I put together a list of 10 facts about him. When I was trying to think of a title I typed in "10 Things You Didn't Know About...", realized why that phrase was on my mind, and in turn wrote the preceding introduction that you were very kind to endure. Without any more diversions or commercial breaks, Henry and I bring you... 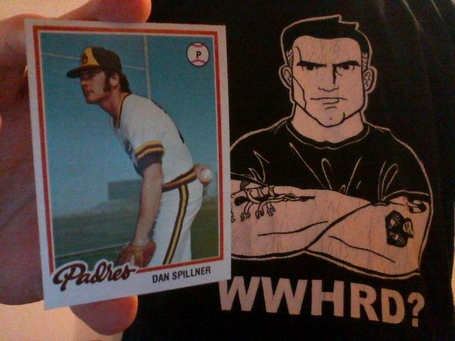