Share All sharing options for: Padres signing of Josh Johnson is FRESH!

I've been scouring the internet this morning for first reactions to the Padres' signing of free agent SP Josh Johnson. While most all of the media and bloggers like the acquisition there's quite a few angry fans from Toronto who hate him, which is somewhat understandable after his performance last season.

Myself, I'd never heard of him until about two weeks ago when his name started popping up in Padres rumors. I don't watch or follow American League games or if I'm being honest any games except those involving the Padres. In theory I like anytime the Padres buy themselves a new player, you know, new blood and all. The contract seems reasonable and I like that the Padres get a $4 million option in 2015 if he pitches less than 7 games in 2014.

Today we like the trade, but maybe someday we'll be comparing Johnson to Edinson Volquez. When we do we'll know that Geoff from Ducksnorts did it first. I'm not quite sure how to interpret his tweets on Johnson? Sarcastically optimistic? I had to ask Dex if Geoff's tweet was fresh or rotten. Dex says it was "FRESH!" but "the worst kind of fresh", like it's about to turn at any moment. He also wanted me to tell you to see Walt Disney's Frozen which coincidentally is also 100% fresh on the Tomatometer, just like the Josh Johnson signing.

Here's the reaction from the media and bloggers. I'll add more when I see them. Leave me links in the comments if you come across a review of the signing.

Josh Johnson signs one-year deal with Padres - Yahoo Sports
The upside for the Padres is enormous. Should Johnson recapture his success of years past – his career ERA is 3.40, even after the unsightly 6.20 last year – he becomes one of three things: an important piece of a contending San Diego team, a great trade chip come July or a player worthy of a qualifying offer who fetches San Diego a draft pick if he signs elsewhere.

Discounted Josh Johnson Is Low Risk, High Reward For Padres: MLB Rumors - MLBTradeRumors.com
There's still considerable upside for the Padres in this deal, though, as Johnson's earnings top out at $9.25MM for 2014. The going rate for a #3-4 type starter is around $14MM, and Johnson certainly has that capability for the Padres.

Josh Johnson’s Creative Contract With the Padres | FanGraphs Baseball
If Johnson can get his mechanics and elbow in order, he’s very likely to be worth much more than this contract. If he pitches half of the season and then gets hurt again, he’ll probably still be worth close to $8 million. If he misses the season getting healthy, the Padres can get him for even cheaper next year. Hard to dislike this for the Padres.

Buster Olney
It's just a one year deal and if he comes in and he's an effective pitcher then you get pretty good production for a relatively low salary.

Padres take a smart chance by signing Josh Johnson | The Strike Zone - SI.com
San Diego has set itself up nicely to not only compete but also potentially trade some surplus, while Johnson is in the right place for a turnaround.

Josh Johnson agrees to 1-year free-agent deal with San Diego Padres - MLB News | FOX Sports on MSN
Johnson could become the veteran leader of a promising rotation that includes Ian Kennedy, Andrew Cashner and Tyson Ross. At the very least, Johnson should find it much easier to perform in a pitcher-friendly National League West ballpark than at Toronto’s Rogers Centre, a homer haven in the American League East. If Johnson returns to his 2009-2010 form — 26-11, 2.80 ERA — then he might get his big payday after all, just one year later than expected.

Josh Johnson Is A Padre And I Like It 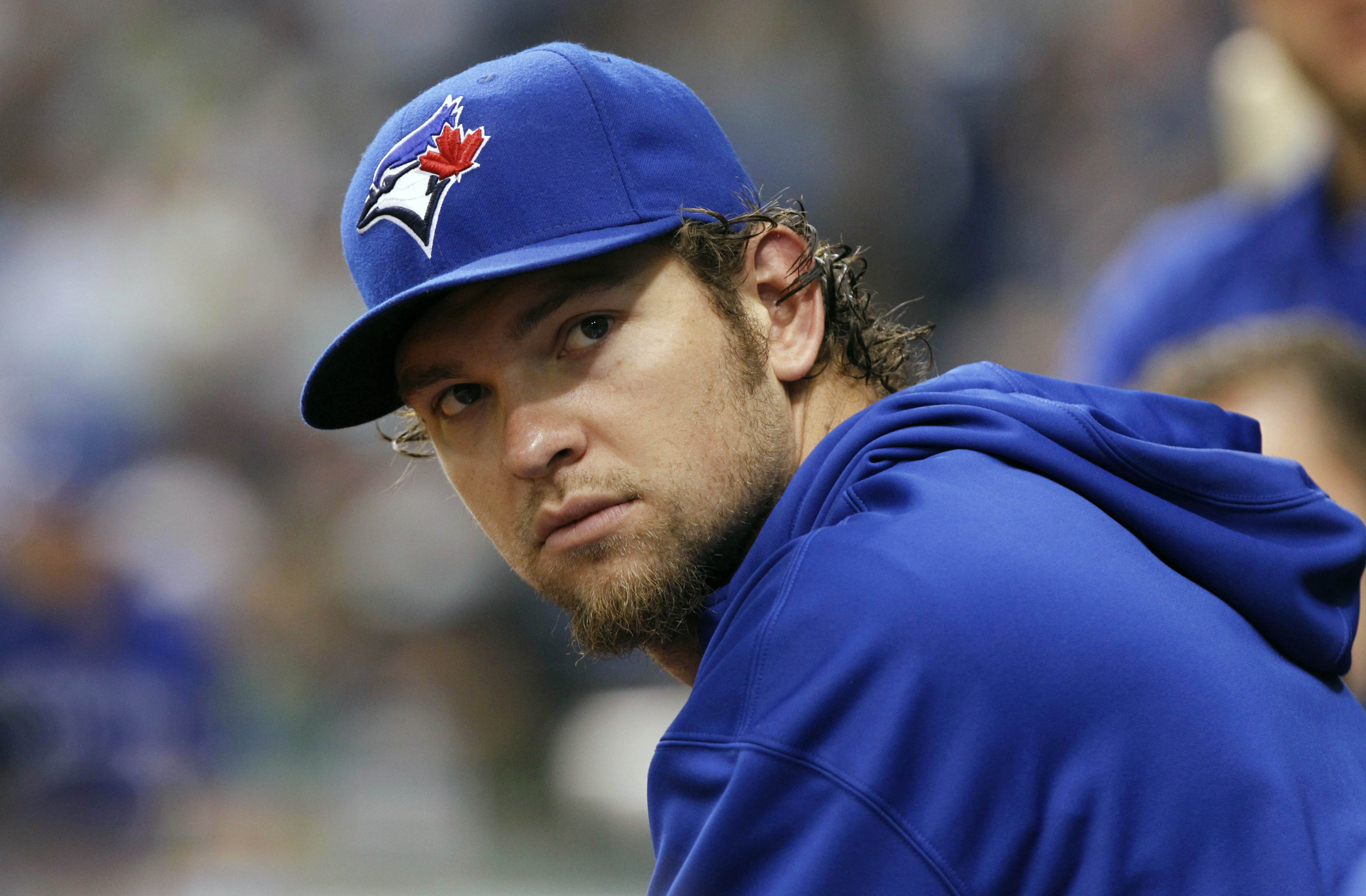 ESPN reported that a source said that he turned down more money in a one year deal from other teams to come to San Diego. That's a guy I want to spend all next year rooting for.

@619Sports
Will he be successful, or just hurt again? Either way, Josh Johnson for 1 year/8 mil is a decent gamble for the #Padres.

@WoeDoctor
Morning-after reaction to the Josh Johnson signing: still like it. Definite warning signs, but the Padres HAVE to sign flawed players...if they're unwilling/unable to spend big. Even with regression, the contract isn't a huge knock and provisions provides wiggle room.

@MickeyKoke
Potential legit ace when healthy. This could be huge!!! Get a big bat and you're playoff bound, @Padres. Props to ownership early on for taking a shot. Low risk, high reward.

@Ducksnorts
I don't hate the Johnson signing, but the level of excitement among #Padres fans says a lot about recent off-seasons.

@Steve_Adler
Johnson, if healthy give the Padres a legit Ace. JJ, Cashner, Ross, Kennedy, and 14 other guys competing for fifth spot. #wellplayed

Would You Have Wanted AA to Offer JJ That Contract? - Bluebird Banter
The contract is a pretty big win for the Padres as they minimize risk with the cheap 2015 option if Johnson doesn't deliver in 2014. They also were able to keep the base salary very low and even with the 26 start bonus of $1.5 million, the contract is very affordable. An $8 million contract should provide somewhere between one and two wins, which Johnson has accumulated in six of his seven major league seasons with more than 15 starts. In short, if Josh Johnson's 2013 campaign was a blip instead of a warning sign, then this contract is a bargain for the San Diego Padres.

Josh Johnson, lets enjoy the ride | Padres Public
There’s probably a whole lot of bad luck wrapped up in that gnarly 6.20 ERA last season. We should expect him to snap out of it in San Diego.