This year I decided to be really ambitious and put a lot more detail into my Padres pumpkin than I ever have before. After four straight years of Swinging Friar pumpkins, my initial idea for this Halloween was to carve the Padres' ballpark logo. But after the unveiling of our new Triple-A affiliate's team name and accompanying logos, I scrapped the ballpark idea and decided to focus my pumpkin-carving efforts on our Minor League teams, who boast some of the raddest logos in baseball, in my opinion.

Here I am carving. I tried to make a timelapse video, like jbox suggested I do last year, but it didn't work out.

It took a total of five hours spanning two days (hi, I'm jodes and I have no life), but here's the finished product. 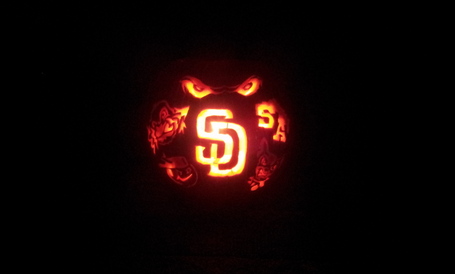 I went with just the simple interlocking SD in the center because I wanted to put most of work and detail into the minor leagues logos. Here's a closer look at those: 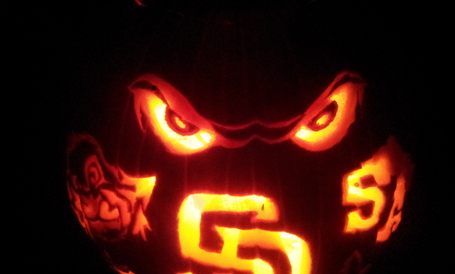 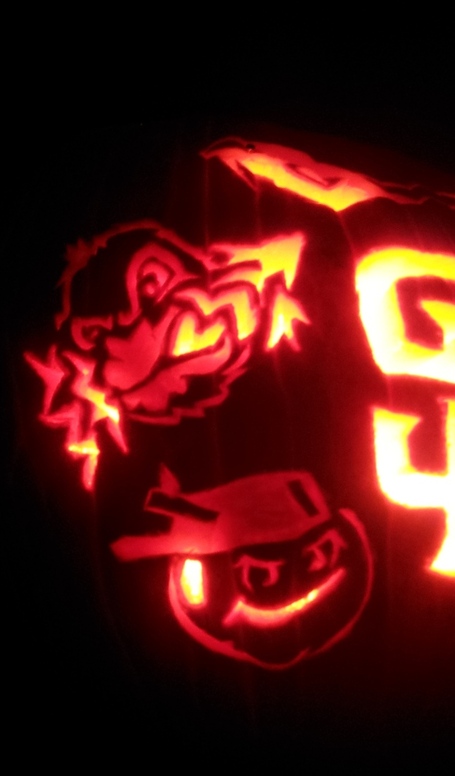 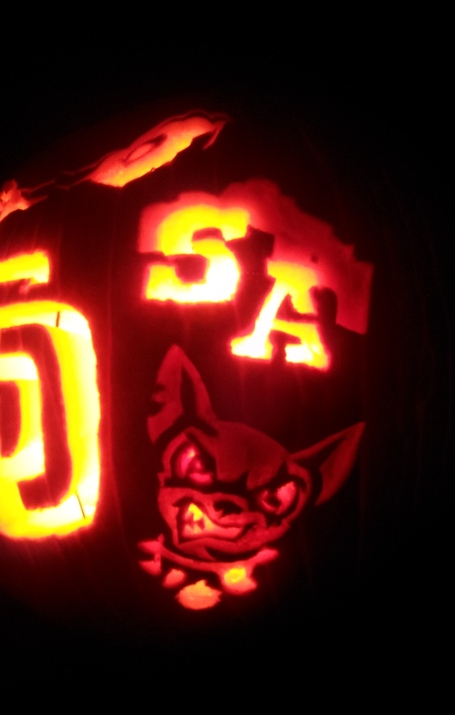 I didn't see until after I carved my pumpkin, but the Chihuahuas were awesome enough to provide stencils of all their logos on their Facebook page. So I wasn't able to use one of them myself or share them with you guys, but quite a few talented pumpkin carvers put them to good use.

Before you ask, no, I didn't enter the Padres pumpkin contest on Instagram. Because I just didn't. But I was happy to see a lot more/varied entries than last year's contest, and the winning pumpkin is FANTASTIC.

Now I only have 364 days to think of next year's pumpkin design so I better get on it.