This is the second time in about three weeks that I've compiled a ten-card post on the birthday of someone who wore number 10 with the Padres. Bip Roberts got the treatment for his fiftieth birthday, and now it's Gary Sheffield's turn in honor of his forty-fifth. 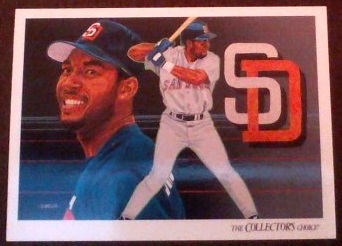 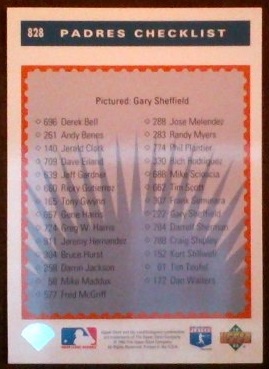 I always liked the team checklists in early-'90s Upper Deck sets, and this one is no different. It, like all the others, was painted by one Vernon Wells. And before you ask, yes, he's the father of the outfielder with the same name. On a side note, I have two copies of this card and each of the ones listed on the back: one for my Padres collection and one for the '93 Upper Deck set that I'm building. 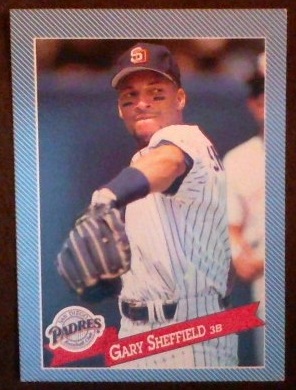 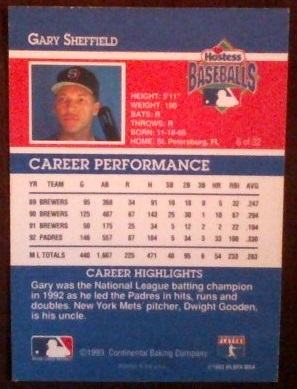 These cards were included with packages of Hostess Baseballs, which were half-sphere chocolate snack cakes covered in shredded coconut. I never tried them (because eww, coconut), but I ended up with a lot of the cards anyway. Former Friars John Kruk and Benito Santiago were also included in the set, pictured with the Phillies and the Marlins, respectively. 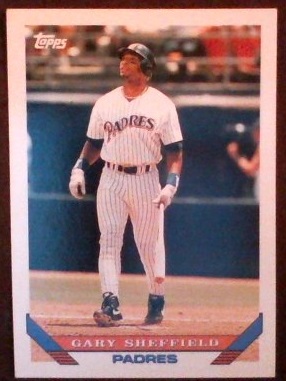 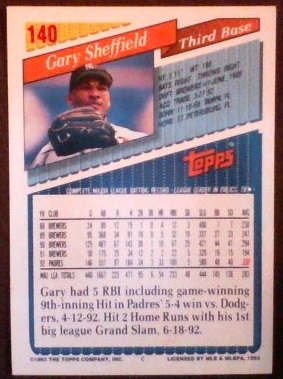 One of my favorite card blogs is 1993 Topps. Kevin, the proprietor of the awesome Orioles Card O' The Day, is card-blogging the set, starting with the first card and continuing in order. He's at card #108 right now, so he hasn't quite made it to this memorable issue of Sheffield yet. 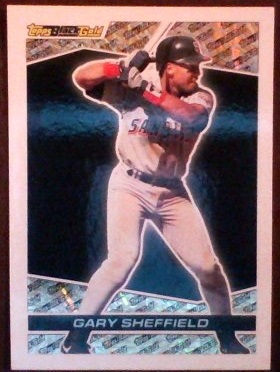 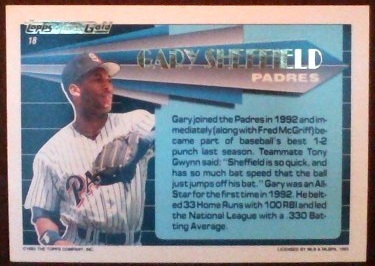 1993 was right around the time that inserts were becoming "a thing". Each line had one or two to chase at best, as the collecting world hadn't gone completely nuts yet. I remember the Black Gold cards being a particularly big deal; if I recall correctly (big 'if') they were distributed via the use of redemption cards. 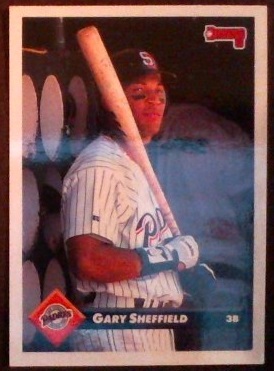 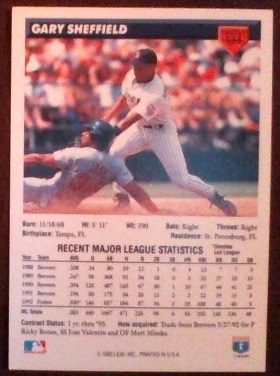 I tried to determine the exact moment the picture on the back was taken by looking at Sheffield's 1992 gamelog and checking the box scores and play-by-play from each game at home against St. Louis. It's a shame we can't see the umpire, because I'm not sure if Felix Jose is safe or out here. If he's safe, it's a triple he hit on July 6. If he's out, he got nailed tagging up on a fly ball to center field later in the same game. 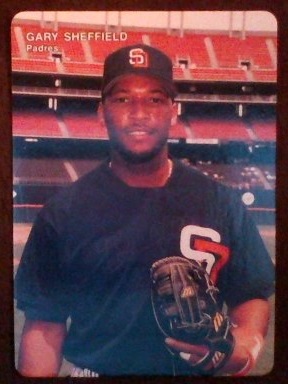 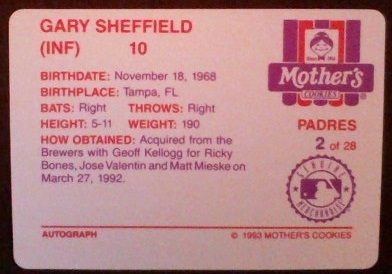 Here's another card distributed by a snack food company. I've written about Mother's team sets before; they were released both with cookies and as ballpark giveaway sets. 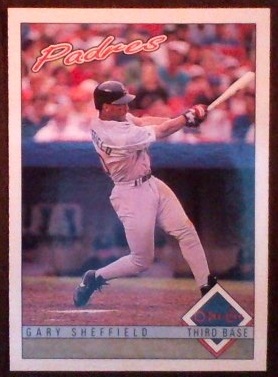 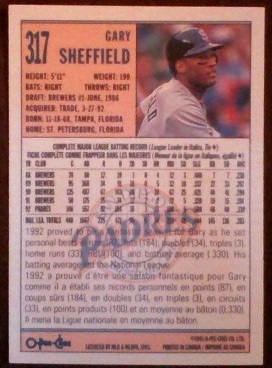 Well, according to this, calling runs "points" means you're speaking French. I always like O-Pee-Chee cards just for the novelty, even though I've never once cared to speak French. As far as bilingual cards go, I'm a much bigger fan of Pacific and their inclusion of Spanish. 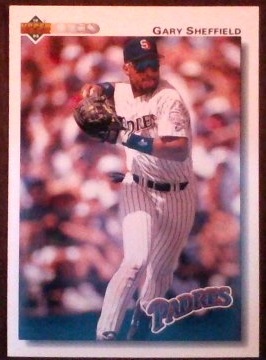 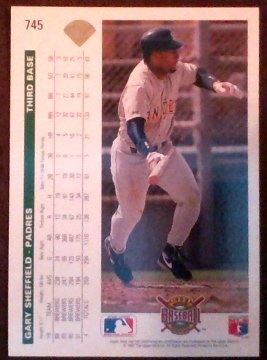 I've always considered this a classic. I'm not sure why; maybe because most of his cards show him batting so this one sticks out. He appears to be beginning a 6-4-3 double play, but he could be looking a runner back to second while preparing his feet to throw over to Fred McGriff at first base. 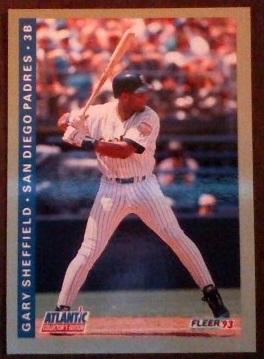 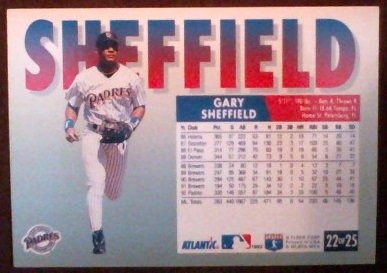 This card was from a promotional set distributed by Atlantic, a chain of gas stations. The cards were made by Fleer and had the same design as that year's Fleer set. One difference is that the borders are a goldish color instead of the regular Fleer card's gray. 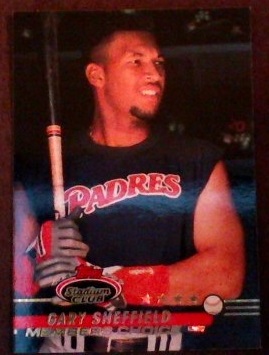 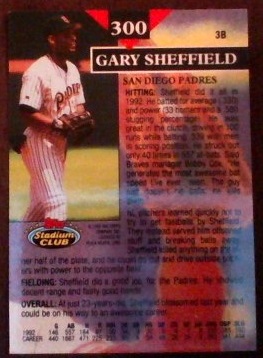 I feel like Sheff was ahead of his time with that goatee. This was back in the dark days of mustaches dominating baseball; the chinpiece didn't come en vogue until later in the decade. Gary Sheffield: Trendsetter.

Happy birthday, Sheff! And many more...

Other Padres born on Nov. 18:
The Life and Death of Craig Stimac
Would You Let Dan Briggs Coach Your Kids?