A visit to the San Diego Hall of Champions Padres exhibit

Share All sharing options for: A visit to the San Diego Hall of Champions Padres exhibit

I visited the San Diego Hall of Champions on Sunday.  The last time I was there it was for the 2013 Padres Awards Dinner and I forgot to take pictures of the Padres relics that are entombed in the John Moores Padres wing.

Now when entering the Hall of Champions guests are met face-to-beak with the San Diego Chicken.  It's both cool and creepy.  San Diegans are familiar with the Chicken, their all-time favorite sports mascot, being so full of life, but here his body lies stands in repose, encased in glass.

Inside the Moores wing is where Padres Hall of Famer Tony Gwynn's eight silver sluggers and five gold gloves are stored.  Alongside his awards are artifacts from memorable games, such as a jersey, ball cap and a pair of batting gloves.  I wish there was a pair of elbow length women's satin gloves attached to two holes in the glass so that guests could place their hands inside the enclosure and fondle each item. 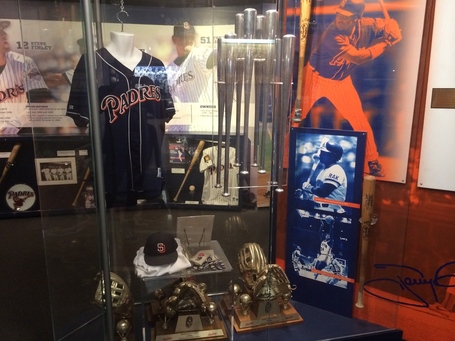 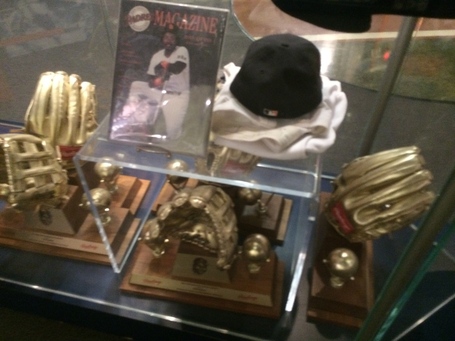 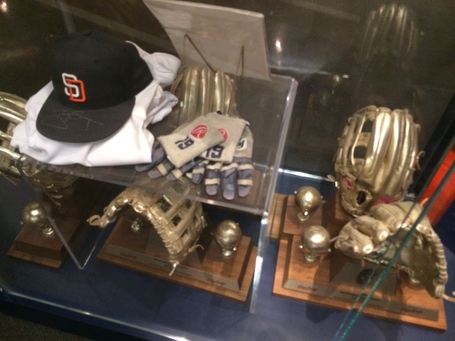 In a long glass case on the adjacent wall is where treasures from the 1984 Padres World Series team are on display.  Steve Garvey's white Adidas cleats, jersey and gloves from his historic home run against the Cubs find their home here.  If only there were small breathing holes cut in the glass so that guests could press their nostrils against them and inhale the fragrance of a true National League champion's feet.  Myself, I'd like to taste the fine residue from Jack Murphy Stadium's infield that still linger on those shoes.  I'd lick those suckers until they were pristine white. 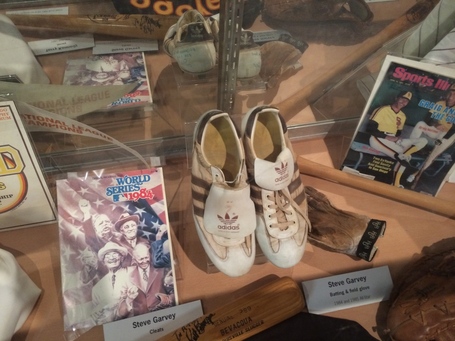 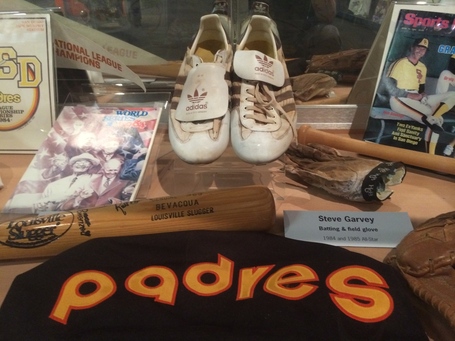 Terry Kennedy's jersey and cap lay along side Kurt Bevacqua's bat.  I love these uniforms and the Padres font. 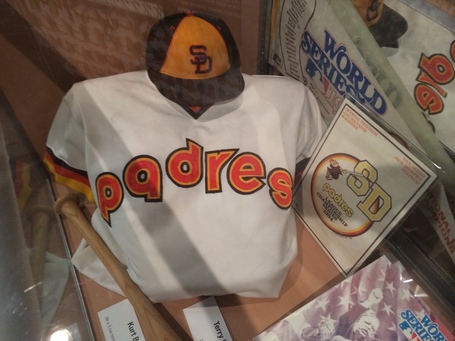 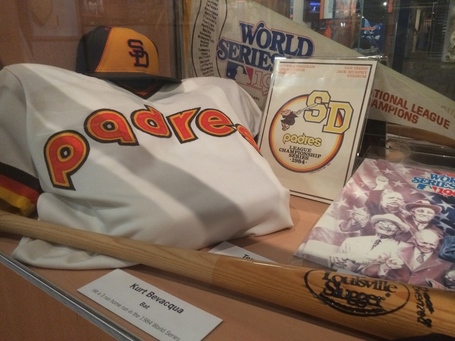 Padres Cy Young award winner Mark Davis' jersey is posed next to Garry Tempelton's bat, as it should be. 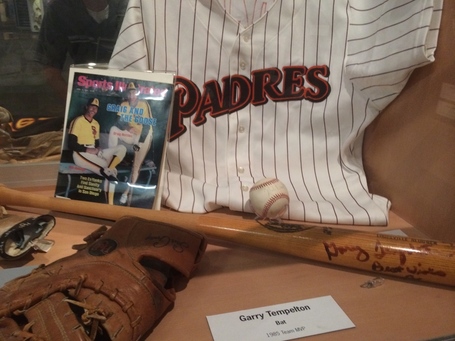 The 1990's Padres seasons have a wall with jerseys and bats pressed into it.  There you see Gwynn, Bochy, Finley, Caminiti and Hoffman as they were in their prime.  Those were great days indeed.

There's a TV inset in the wall and if you press one of these buttons your favorite Padres personality will speak to you of his memories.  I want to get these same buttons installed into my home. 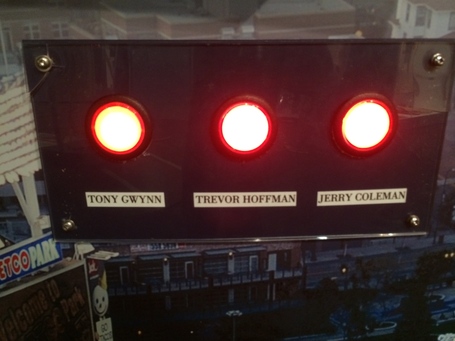 Up next was the Decade of Disappointment.  I do not have fond memories of the Padres in the 2000's, so I didn't spend much time looking at Khalil Greene's stupid pink bat, Mark Loretta's dumb jersey or Jake Peavy's bottle of champagne that he never drank because the Padres never won anything of importance.  So much talent, so much suck... 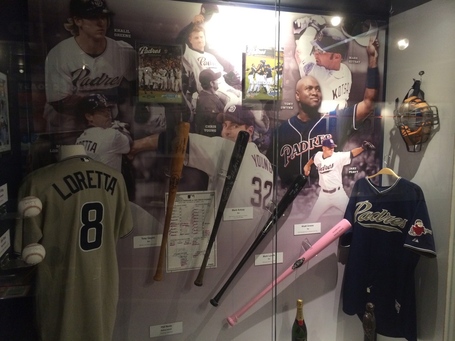 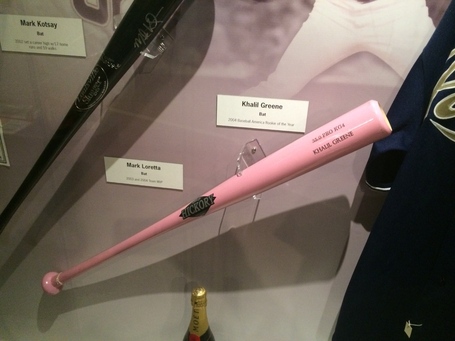 There's a whole other side of the wing that pays tribute to the Padres prior to their promotion to the Major Leagues.  You'll have to check that out yourself since I didn't take any pictures.