El Paso Let The Chihuahuas Out

Out in the west Texas town of El Paso, I fell in love with the new Chihuahuas.

Share All sharing options for: El Paso Let The Chihuahuas Out

Well, it is official. After spending 3 seasons in Tuscon, the Padres move to El Paso. And when you switch houses, you have to switch names. And like Witness Protection, you might get yourself a cool new name. That name?

Yeah, that's happening. And I like it. The other choices were the Aardvarks, Buckaroos, Desert Gators and Sun Dogs. I have to say that if I had to choose the name, I'd go with the Desert Gators. The potential logo for the Desert Gators would have been interesting to see, but Chihuahuas is fine with me. Now, other members of society have some problems with the team name, including Twitter aficionado and Chihuahua, Cody Decker.

Granted, he's the one that will be wearing the jersey, but for me, I like the logos for the Chihuahuas.

And don't even lie and say you wouldn't want the alternate logo of that Chihuahua swinging his bone on your hat. 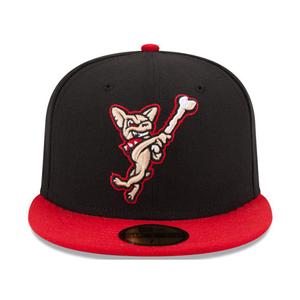 The primary logo is that of the angered Chihuahua with the initials "EP" on its collar. 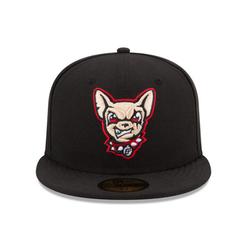 The road cap is the simple "EP" logo. 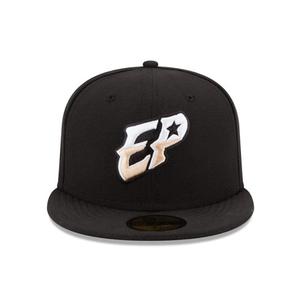 Will you support the El Paso Chihuahuas unlike most of the Twitterverse?

I'm officially boycotting the new AAA team until the name gets changed, it's embarrassing for the baseball team and the city of El Paso.

The El Paso Chihuahuas? Seriously? And you just know their gear will sell big next year, albeit all to non-baseball fans.

Now that I know the name of El Paso's baseball team, I've decided to not go back on thanksgiving. Or Christmas. Or summer.

And to go along with all this hate, there is already a petition out to change the name stating that the team name ranges

from "non-intimidating" and "stereotypically offensive" to downright "ugly".

Non-intimidating? Maybe. But at least the logo is a fierce Chihuahua. Ugly? The name is ugly? I don't think so. And I know that logo isn't ugly. Stereotypically offensive? I think I find this one the hardest to go with. The team is being offensive by stereotyping the dogs as fierce creatures? I've seen Chihuahuas. I keep my distance. He lost me on that one.

Like I said before, I like the name and logos, which I'm sure will cause people to hate me, but that's okay. Feel free to express your love or disdain for the AAA team name in the comments and also make sure to follow the Chihuahuas on Twitter: @epchihuahuas or Like the El Paso Chihuahuas on Facebook.

The Chihuahuas could use your support in this time of need.

What better way than to visit the team shop and buy the merchandise now. There are plenty of shirts, hats, and other accessories to choose from.