Part 2 of 2: Basebally Arts & Crafts You Can Display

Share All sharing options for: Part 2 of 2: Basebally Arts & Crafts You Can Display 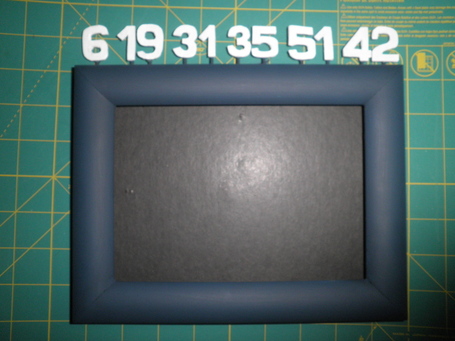 For this project, you need the following:

- picture frame, preferably wooden or something that can be painted
-thick cardboard or foam board to cut out numbers
-scissors and/or exacto knife
-white and navy blue paint
-paint brushes
-toothpicks
-hot glue gun

The first thing I did was cut out the numbers. This was definitely the hardest part of the whole thing. I used some really thick, dense cardboard, but you can use pretty much anything that is sturdy enough to keep its shape. Foam board would work and would be easier to cut, but may not last as long. You can also try to find some pre-cut wooden numbers from an arts and crafts store like Michaels. However, I doubt you would be able to find ones with a similar font to the actual numbers on the Petco Park batter's eye. 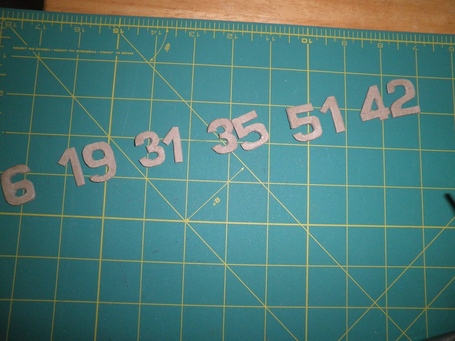 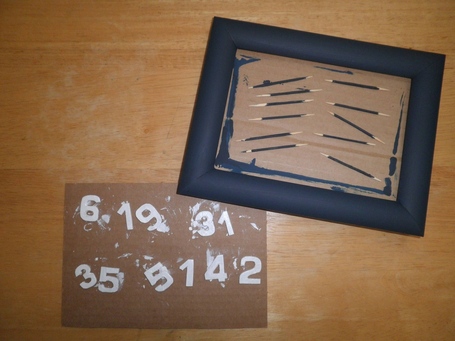 I let those dry completely. Then it was time to assemble everything. First, I cut off the ends of the toothpicks and hot glued a number onto each of them. 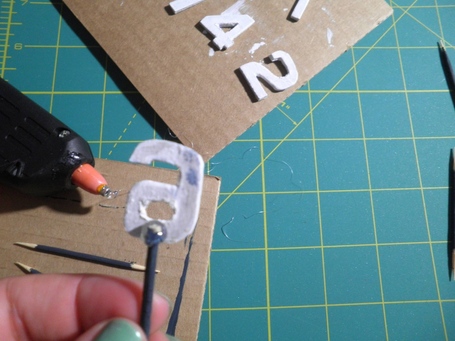 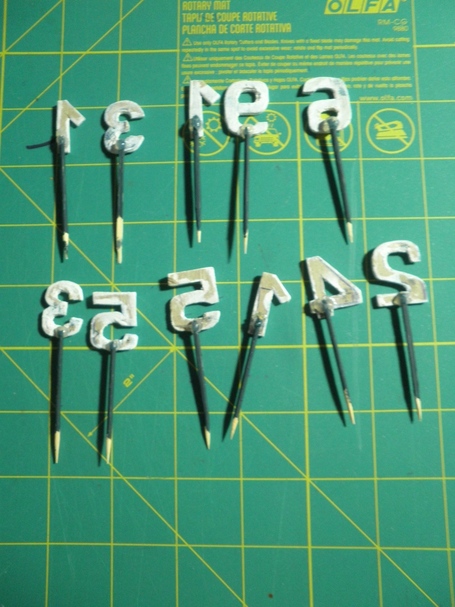 Finally, I cut off the other ends of the toothpicks and I hot glued them all to the back of the frame. 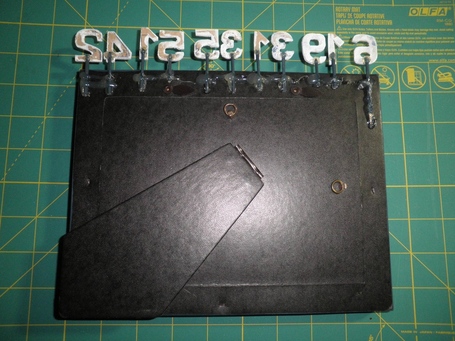 Looking back, I wish I had either made the numbers a little smaller or used a bigger frame, so there would be more space between the different numbers. But it still turned out p rad I think. All that was left to do was to put the glass back into the frame and put a picture in it! I happened to have this picture of a bunch of losers (some of whom happen to be wearing the very shirt that inspired this project) at Petco Park for Trevor Hoffman's retirement ceremony, so I stuck that in there. TA DA! 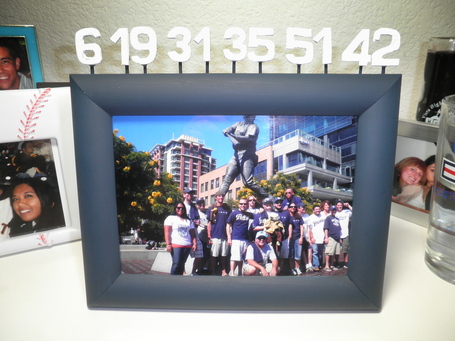