Hey Guys! This is the project I meant to do earlier in the month, but was unable to because it requires sewing and my sewing machine wasn't working. Well, it's still not working. But I wanted to do this anyway so I just decided to do everything by hand, which was a pain in the butt, but it turned out not too bad.

So first thing I did was look through my closet for some old and/or unworn Padres tshirts that I've gotten over the years. Here are just a few that I found: 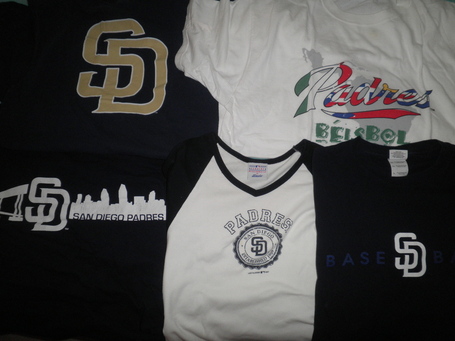 I decided for this project I wanted a pillowcase to cover my body pillow. Initially I was going to use two or three different shirts and sew them together, but then I decided I just wanted something simple. So I picked the skyline/bridge giveaway shirt from 2011 because I actually really love that one, and I want to be able to use it as something more than just an oversized sleep shirt. I also got some really cheap white pillowcases from Target to make it easier on myself and make me not have to sew as much.

Using an old body pillow case as a guide, I cut the the top, sides, and bottom off the tshirt (leaving a half-inch border for sewing). I also cut part of each pillowcase off. I laid everything out to make sure the sizes were good and everything. 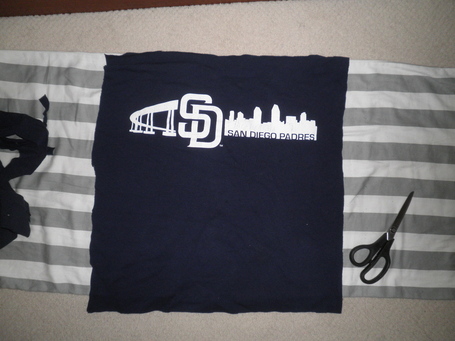 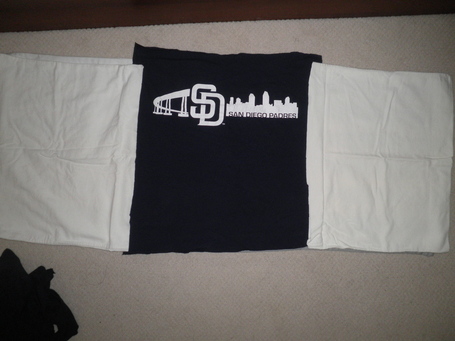 Then I was ready to sew. So I put on some Farscape and sat myself down, because I knew it was going to take forevs to finish. My seams were pretty sloppy but I didn't really care since you wouldn't be able to see them anyway when I flipped them.

I didn't want to sew the pillowcase shut because I wanted to be able to take it off the pillow and wash it. If I had the use of my sewing machine, I probably would have sewn a zipper into it, but since I didn't I just left a slit in the back so I could easily slide it on and off the pillow. 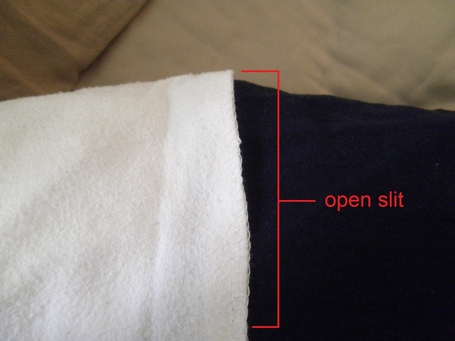 I don't know if you can tell from that picture, but I just folded over and sewed the edges so it looks a little cleaner/finished than just cut fabric.

Now all that was left was to put it on my body pillow! 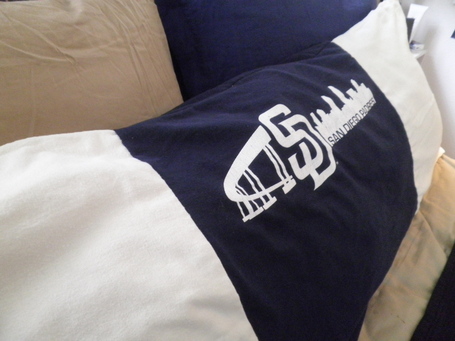 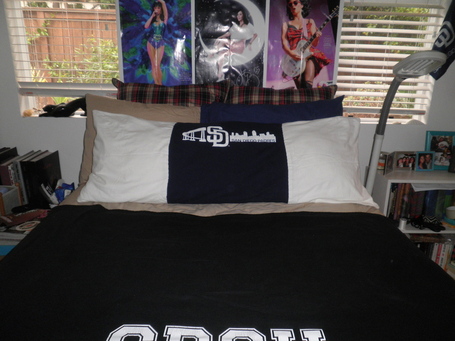