Last month, I realized I had an expiring rewards flight on Southwest. I had to use it by mid-August or I'd have nothing to show for all the miles I'd accrued from weddings and business trips. Not one to let freebies go to waste, I started researching potential destinations.

One big problem, though. Since I was booking so close to the travel date, everything was sold out. I literally tried every single airport in Southern California to anywhere: San Fran, Chicago, Seattle, freaking Boise. Nothing worked.

Except one. I was able to make one flight happen. It was out of Ontario, an airport more than an hour away from me. Not ideal, but I'll take it. The destination would be Pittsburgh, where I'd have the Padres, the jersey, and Styx waiting for me. 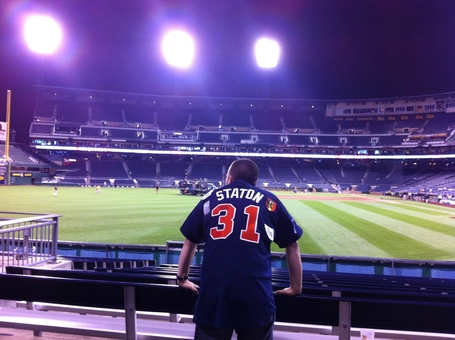 I'd never been to Pittsburgh before, but like a true American glutton I'd seen their sandwiches profiled on TV. So after my late night arrival, our first meal of the trip the next morning was naturally at Primanti Brothers. Their claim to fame, if you're not aware, is making a true blue collar sandwich with all the fixings, including french fries, encased in the bread. Here's the cheesesteak: 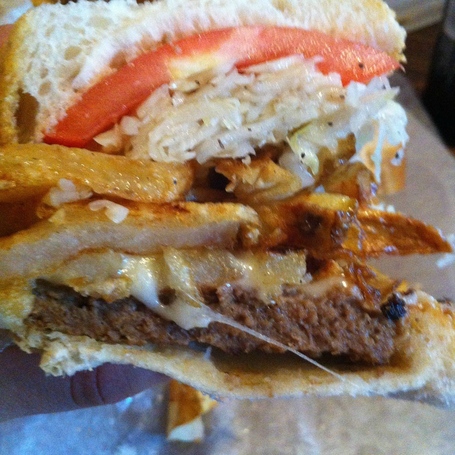 The next stop was taking in the views atop Mt. Washington. I was hoping for a clearer day, but the skyline, river, and bridges were still pretty majestic. 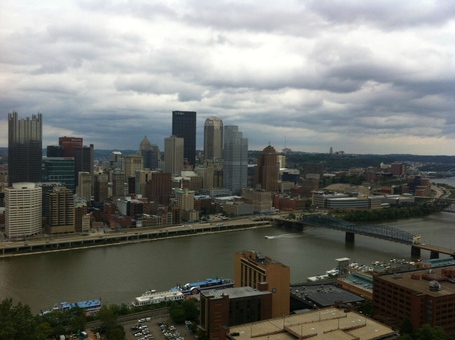 All this sightseeing left little time to spare before gametime, but we made it to PNC before first pitch. I deliberately got tickets in the upper deck because I wanted the cool views, plus there was going to be a Styx concert and fireworks show after the game.

As you can see, PNC Park is gorgeous. It's easily my favorite NL park that isn't Petco. 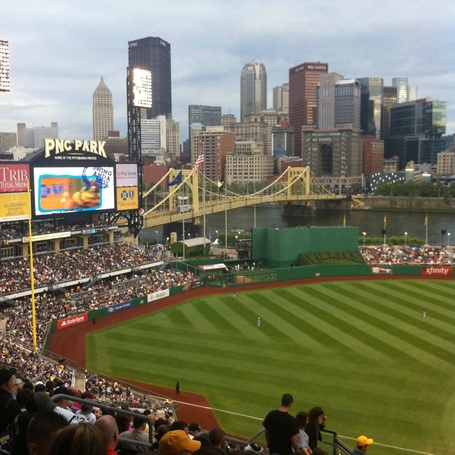 Around the 5th inning, I got a call from FSSD's Leila Rahimi. It was time for the ceremonial handoff. There wasn't time for an on-camera interview because Jason Marquis was in the midst of a no-hitter. No worries. I was psyched to get my hands on Staton's mesh. 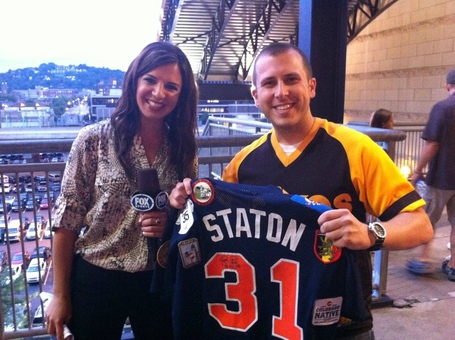 The rest of the game went by super quick as Marquis finished his 2-hit gem and Chase Headley kept murdering the ball. The jersey and I then had a blast (pun!) watching the fireworks and Styx put on an awesome show. I nearly lost my voice belting out "Come Sail Away." 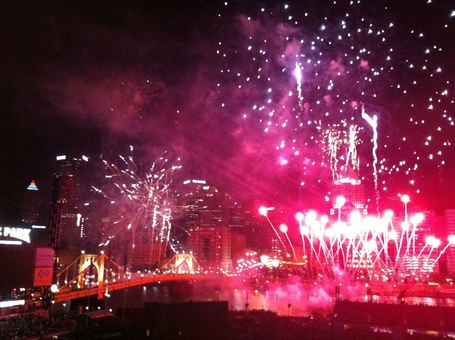 Once the lights came back on, it was all smiles from our group. 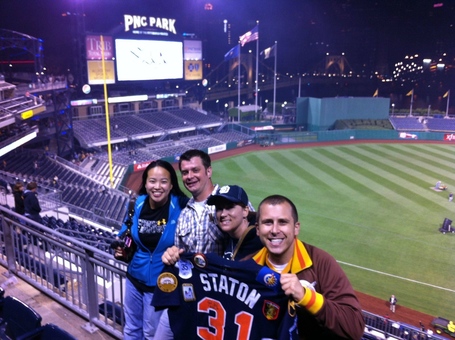 I brought the jersey back home to LA with me. The plan was to get some photos with it and a celebrity, using some of my showbiz connections. That ended up not working out so I decided to brand the jersey with my alma mater and make a visit there. Here's a few photos of me and the jersey at USC, at the statue of George Tirebiter. 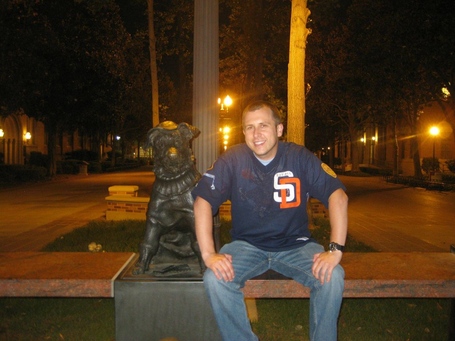 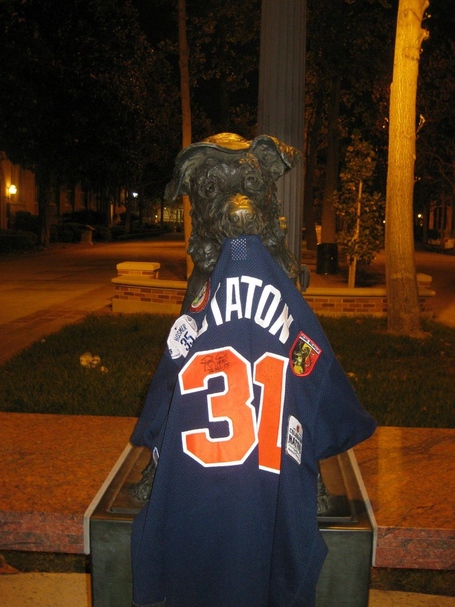 With the visit to USC finished, it was time to send off the jersey to its next temporary owner. It was certainly tough to say goodbye, but I know it'll Fight On as a new honorary Trojan. 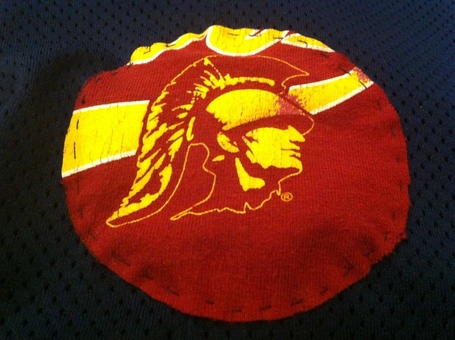 For more fun, you can view all the images from the trip in my photo gallery here: http://imgur.com/a/YRIcW

To read up on George Tirebiter, Wikipedia has a good article: http://en.wikipedia.org/wiki/George_Tirebiter

And keep up with my shenanigans on twitter at: https://twitter.com/matthewverygood