So I agreed to inherit the Jersey & show it a good time in Kansas City. According to www.retrosheet.org, Dave Staton was 6'5", and weighed 215 pounds. I don't think it's telling the truth.

Here I am outside of Royals.....um, I mean, Kauffman Stadium. I practically grew up here in my summers as a kid. The last time the Royals played in a postseason game was October 27, 1985, when they beat the Cardinals in Game 7 of the 1985 World Series. Yeah. 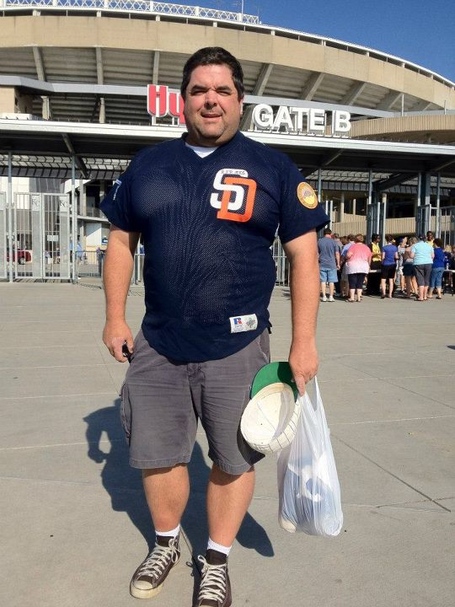 In through security. HAH! 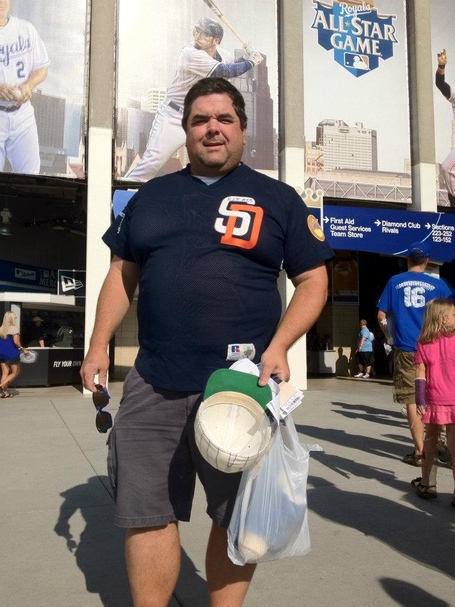 I found this great photo that my Dad took of me at my first Royals game. That's a 5-year old me, next to HOFer Harmon Killebrew. Harmon played with the Royals in his last year in the majors. July 6, 1975. 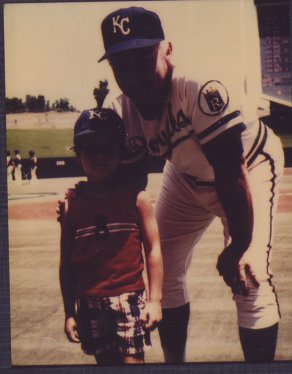 Here I am above the LF wall & the Royals' bullpen. That's my 5-year old nephew to my right, who is watching Luke Hochevar warm up. I haven't yet explained the 27-year postseason drought. I don't want to crush his spirit. But I did tell him, "Yep, that's what the #1 pick in the MLB draft looks like. Welcome to the world of the KC Royals." 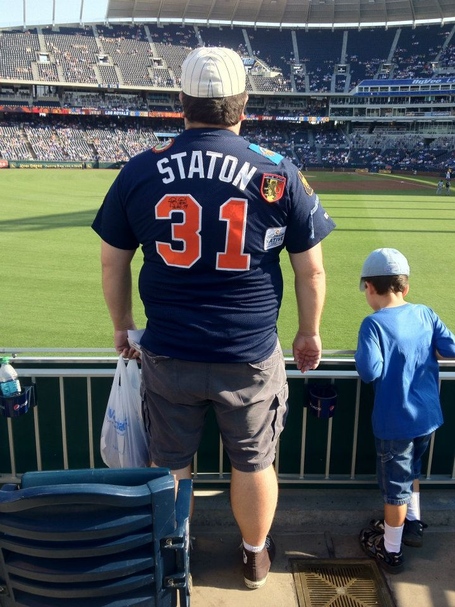 Getting a good view of where Padres' relief pitcher Huston Street sat on his butt for the entire 2012 All-Star Game (visitor's bullpen, out beyond RF). 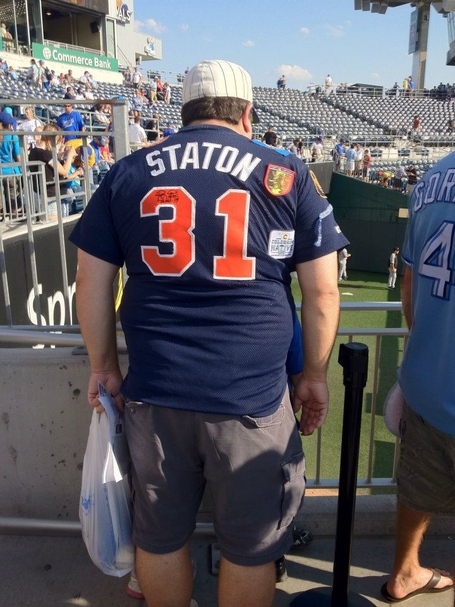 Me, in front of baseball god George Brett's statue, on the concourse beyond RF. 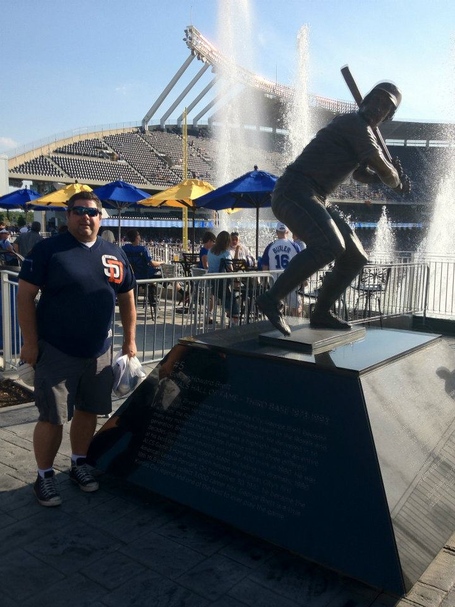 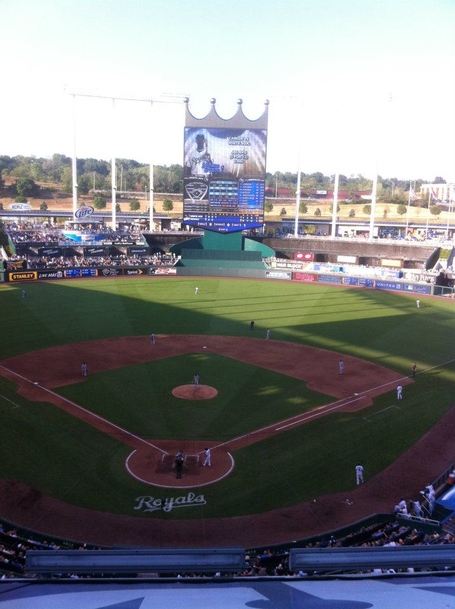 Proof that the jersey saw a Royals game. 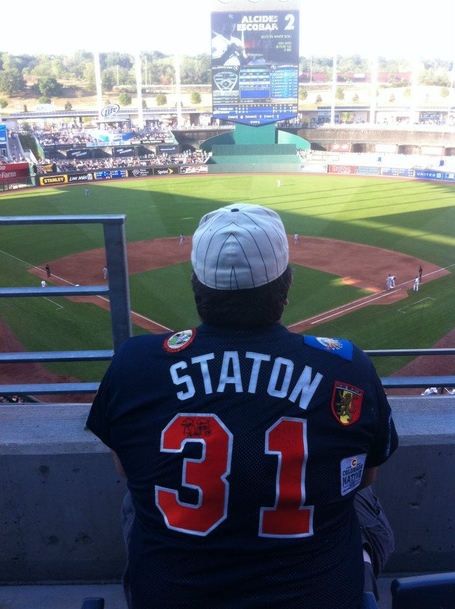 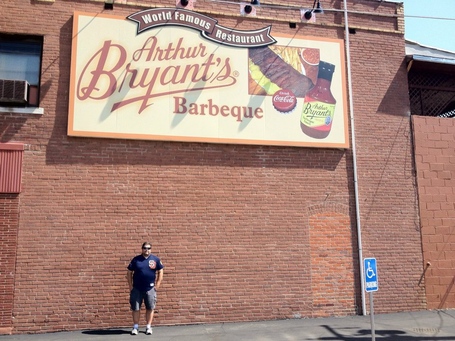 Here I am at the site of old Municipal Stadium at 22nd & Brooklyn. The Kansas City Monarchs, Kansas City A's, Kansas City Royals, Kansas City Chiefs, and the Beatles all played here. It stood from 1923-1976. Satchel Paige pitched here for the Monarchs. The 1960 All-Star Game was played here. Mickey Mantle used to hit HR bombs onto the street to my left. The longest game in NFL history was played here (1971 playoff between the Chiefs & Dolphins that ended in double-overtime). 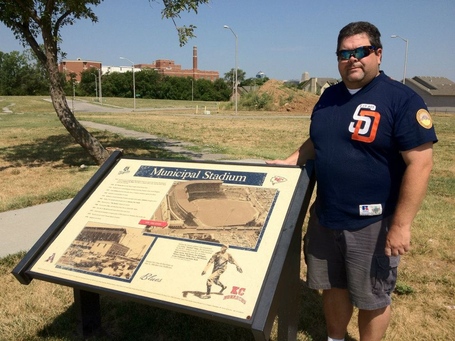 Me, standing approximately where the pitching mound was located at Municipal Stadium. 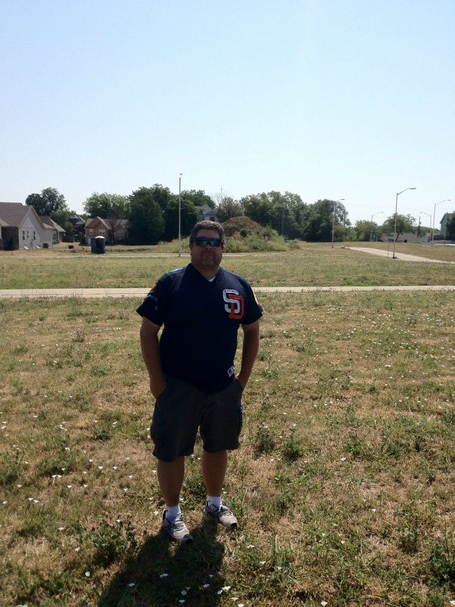 Thanks for reading. I'll close with one of my favorite baseball quotes: "You see, you spend a good piece of your life gripping a baseball, and in the end it turns out that it was the other way around all the time." ~Jim Bouton, Ball Four, 1970