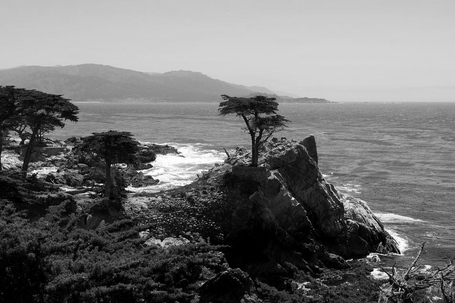 A few months ago my wife and I welcomed our first child to this world. Up until last week we had yet to venture past L.A. with him. We weren’t sure how he’d do, or more importantly how we would handle being away from San Diego and our comfort zone. Well, we finally figured that he’s old enough to hit the open road. So that’s what we did… to San Francisco.

We decided to take the scenic route and head up Hwy 1. We took our time seeing sights and visiting family before we reached our northern most destination of AT&T Park last Tuesday night to see the Padres take on the Giants.

Two days before we hopped in the family truckster for our trip I came home to a package from Kansas. Immediately I called up Jbox with excitement to tell him the big news. The Sisterhood Of The Traveling Jersey had just arrived in the mail! We had to put the Jersey to use pronto, so we met up at the batting cages. The Jersey did not fail.

Notice how quickly the Jersey goes to work… The machine is not able to get a single change up by me. Nothing can stop me from crushing the ball with this Jersey on, except perhaps the attendant giving me grief for not wearing a helmet.

A couple days later we would be on the road. We visited my cousin in L.A. before making our first overnight stop in Solvang. Solvang is this Danish town just north of Santa Barbara. While they have delicious Danishes (how could they not?) it’s a bit of a tourist trap if you ask me. I took the Jersey to dinner that night at a place all you winos will have no problem recognizing. 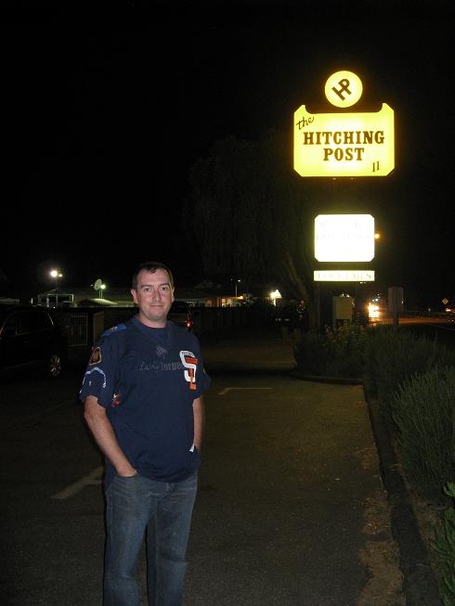 The next morning we got some Danishes for the car and headed up to Hearst Castle. 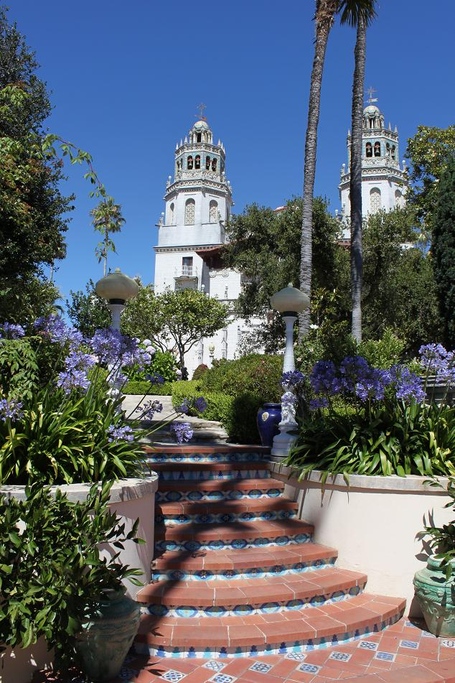 We spent the afternoon at the castle. Took one of the many tours and walked around the grounds. Part of the tour is narrated by Alex Trebek, so that was a nice surprise. Here I am with the Jersey in front of the Neptune Pool. Interesting fact: Everything is so clean and bright there because there is zero pollution. 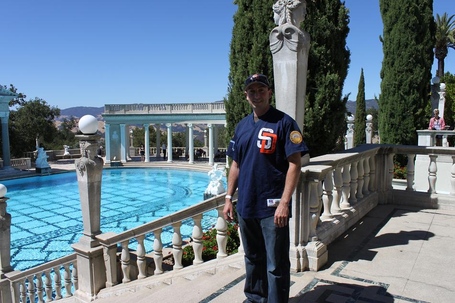 We continued north on HWY 1 with our sights set on Monterey for the night. B-Double-Dub did better than expected, hardly ever fussed. He really enjoyed getting out to see the Bixby Creek Bridge. 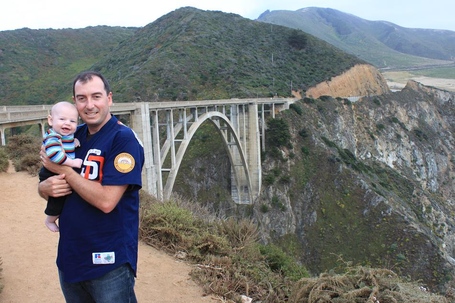 After staying the night in Monterey we drove down the 17 Mile Drive before heading up to San Francisco. We arrived that afternoon, and then walked over to AT&T Park. I’ve been to a fair amount of other ballparks, but I had never been to AT&T Park. It’s been at the top of my list of ballparks I need to see for years now. It did not disappoint. Obviously being right against the bay is the highlight. But everything else about it is real nice. I’m not sure why and I don’t know how to explain it but I think it just might be my favorite "new" ballpark in the majors. Petco included. 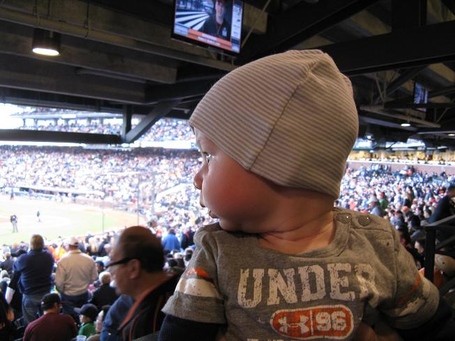 The little man liked it too. However, the first time the Giants scored he spit up. The second time they scored he took a big ol’ juicy shit. He seemed content on sleeping when the Padres scored. Our seats were great… I bought the tickets on stub hub and checked the box for aisle. Not only did we get an aisle, we got a handicap seat, meaning plenty of room all around so he could go crazy and not bother anybody. Must have been the Jersey.

The game was good, a closely fought battle. And as the game went on I was texting with Jbox. Unbeknownst to me, Jbox was tweeting my whereabouts at the game.

If you want to see the #SotTJ and you're in SF. Jon is in the last row of 124. Ask him for his autograph.

Then out of nowhere I felt a pair of powerful hands slide under my jacket and begin rubbing my shoulders. What the??? I look up to see Gaslamp Baller Marc, big smile and all. But why was he rubbing my shoulders? Was this some sort of SF welcome? Was he rubbing the Jersey for luck? Whatever the case I wasn’t about to stop him. Marc did eventually stop and hung out for about half an inning; charming as all get out.

After that we decided to walk over behind center field to get a bite to eat, then headed over to right field. These seats are right up against the bay and filled with obnoxious fans who smell of vomit and pee. We didn’t stick around for long, but that’s where we were when the Giants crushed any dreams the Padres had at winning the game. 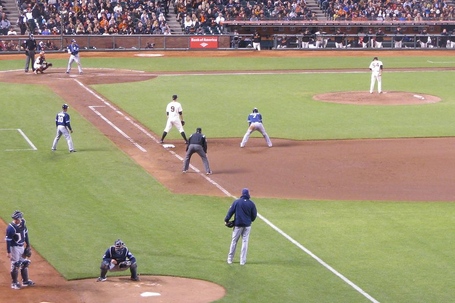 Here is our view from the Arcade seats Moments before Angel Pagan’s diving catch that doubled off Headley. Even though the game was tied, at this moment I knew the game was over. I think Marc rubbed out all the Jersey’s powers for one night. 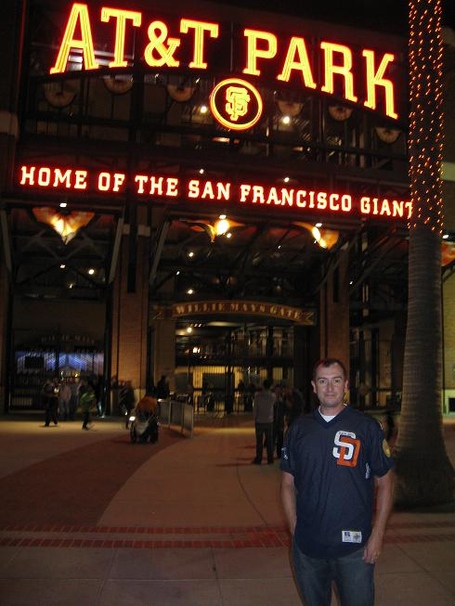 So there you have it. My first family vacation, and the Traveling Jersey was along for the ride. I’m sure it was a much tamer travel than the likes of RJ’s Fro or John Gennaro, but a good time nonetheless.

One last thing… Here is the patch I added with Max adding his own type of luck. It’s off to Cincinnati via West Virginia. God only knows what the TTG is going to do with it this week 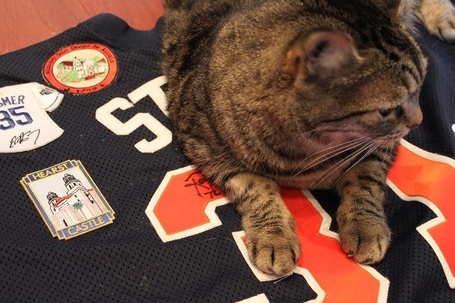