Q & A with Fish Stripes

Share All sharing options for: Q & A with Fish Stripes 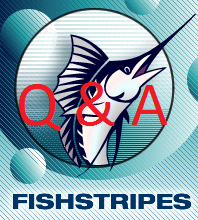 So, check this out: jbox and Dex actually trusted me to ask questions on behalf of Gaslamp Ball to another SBNation blog in preparation for the upcoming series. Smart move, right? Hell if I know. You decide.

Michael Jong, manager of Fish Stripes, was kind enough to suffer my foolishness long enough to answer five of my stupid questions. Enjoy.

Thanks again to Michael Jong for answering these questions. I sent some answers to his questions to him in exchange for these ones, so if you head over there, you can read even more of my words! (Calm yourself.) Wonko even pinch-hit for me on one of the answers, so at least go read that one.
[Note by Axion, 07/27/12 1:06 PM PDT ] The companion piece is now live at Fish Stripes: Miami Marlins Series Preview: San Diego Padres