Share All sharing options for: Cole Hamels was signed to a lifetime contract by the Padres for $1 as an infant

Cole Hamels was born December 23, 1983 in San Diego. Exactly one month later he was signed by then Padres VP Andy Strasberg to a lifetime contract for one dollar. His mother worked for the Padres at the time and was friends with Strasberg.

Andy Strasberg just released a book last month called Baseball Fantography: A Celebration in Snapshots and Stories from the Fans with many pictures of his days with his Padres. I haven't read it yet but it has been getting good reviews.

This may or may not be a picture of Hamels' mother and Strasberg. Even if it isn't, it looks enough like her for our purposes. 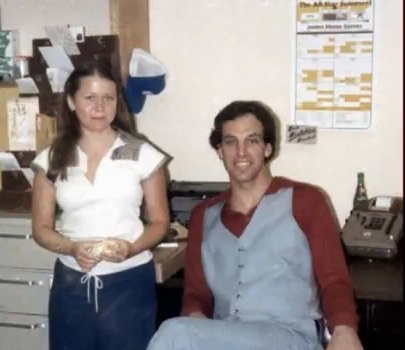 Though a fairweather Padres fan growing up in San Diego, Cole Hamels admitted that his true team of choice was the Los Angeles Dodgers. One can conclude from these facts alone that he must have signed another contract when he reached the age of reason that superseded his contract with the Padres, this time selling his soul to the devil!