Share All sharing options for: Game Thread: 04/11 Padres vs. Diamondbacks

After losing our second extra-inning game last night, our Padres will try to rebound today and avoid another losing streak as they take on the Diamondbacks at 3:35.

Cory Luebke will try to bounce back from his first start of the season when he takes the mound under a gray, wet sky in San Diego. Last Friday against the Dodgers, he gave up five earned runs on nine hits in just 4.2 innings. He now has the task of getting the Padres back in the win column for the second time this season and give the Dbacks their first 2012 loss.

Joe Saunders will try to continue Arizona's perfect start. This will be his first start of the season in his second year as a Diamondback. He has pitched four times against San Diego in his career and has racked up three wins. Here is the lineup he will be pitching against today (via @Padres): 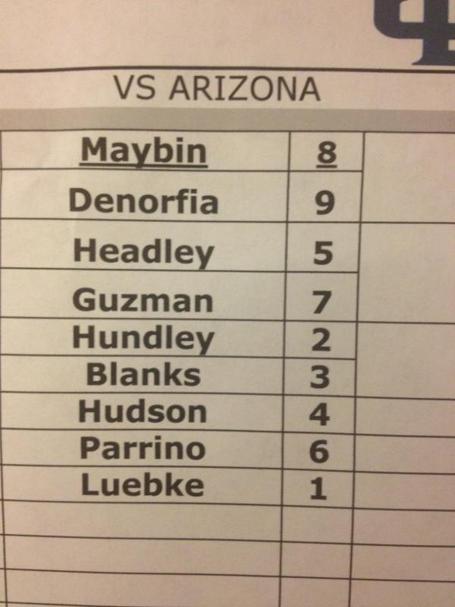 The sky is clearing and the sun is out as I am writing this. Perhaps that is a good omen. Or maybe it's a tease and the clouds and moisture will come back later. That's probably more likely.

Get out to the game today if you can! Gaslamp Baller B Cres (@Bobbycressey) will be playing with his organ at Petco Park. Oh, and he'll also be providing music for the game.