Every Padres Transaction On This Date In History: 12/06

Share All sharing options for: Every Padres Transaction On This Date In History: 12/06

I generally check Baseball Reference every day to see whose birthday it is; sometimes I'll write about him or them but usually I won't. I also, from time to time, take a look at transactions that occurred on that date. Today happened to be one of those days.

December 6 has been a fairly eventful day for the Padres throughout the years. It stands to reason, with the date falling either right before or during the Winter Meetings and occasionally being the day of the rule 5 draft.

1974: In their first ever December 6 transaction, San Diego sent Derrel Thomas to the Giants for Tito Fuentes and Butch Metzger. I know for a fact that I have a card of Derrel Thomas somewhere but I can't find it. Not gonna lie, it's driving me a little crazy. Maybe it was one of those lost-in-the-move things. For the meantime, here's a card of Tito wearing a sweet headband and looking like a straight up G: 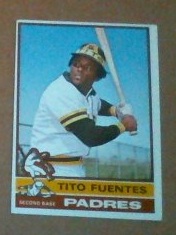 Okay, that was pretty cool but I think we need one more. 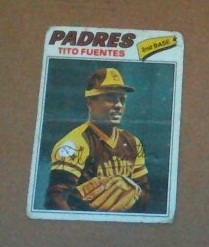 Dude had swag before that was even a thing.

1982: Not a move by the Padres, per se, but they lost Luis Quinones to the A's in the rule 5 draft. Coincidentally, the A's traded him to Cleveland a year to the day later. 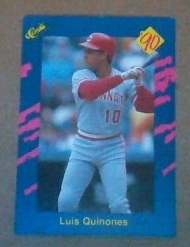 1983: In another deal with San Francisco, the Padres scored Champ Summers in exchange for Joe Pittman and a PTBNL who turned out to be minor leaguer Tommy Francis. Aside from having a rad nickname (which was given to him at birth), John Junior Summers led an interesting life. Sadly, the US Army veteran passed away from liver cancer at the age of 66 this October 11. 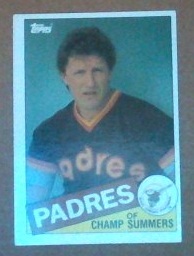 1984: The Friars dealt Tim Lollar, Luis Salazar, Bill Long and prospect Ozzie Guillen for 1983 AL Cy Young Award winner LaMarr Hoyt and two minor leaguers. Hoyt had a bounceback season but then sank back into substance abuse. Guillen was the 1985 AL ROY and then went on to become a punchline.

1988: San Diego re-signed Tempy for three years. He would go on to be traded to the Mets for Tim Teufel in the final year of the deal. 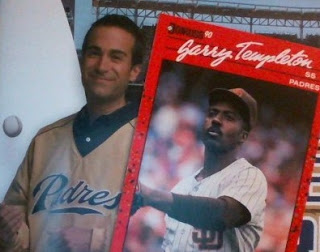 1989: "Trader Jack" McKeon was a busy man December 6, 1989. First he signed free agents Fred Lynn and Craig Lefferts, the former of whom was far beyond his tremendous yet short prime, and the latter of which who was embarking on his second stint in America's Finest City. 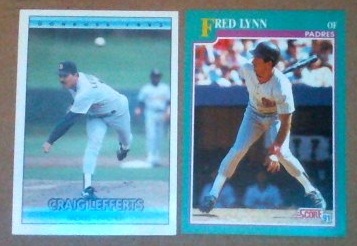 The big move of the day, however, was flipping Chris James, blocked catcher Sandy Alomar, Jr. and infield prospect Carlos Baerga to Cleveland for 30/30 man Joe Carter. Alomar won the AL ROY (sound familiar?) and, along with Baerga, was part of the core of the Cleveland teams that dominated the AL Central in the mid-90s. Carter would be traded again 364 days later, sent to Toronto in one of history's biggest blockbusters. While there something about two ring, some home run... I don't really want to talk about it.

1996: In a trade with the not-yet-hated not-yet-rival Mariners, the Padres acquired the services of 25 year old lefty Sterling Hitchcock. On his way north was right handed Scott Sanders, best remembered (by me, at least) as the guy whose jersey Tony The Gwynn borrowed when he forgot his. He bounced around without much success and landed back with San Diego in 1998, the same year Hitchcock was NLCS MVP. 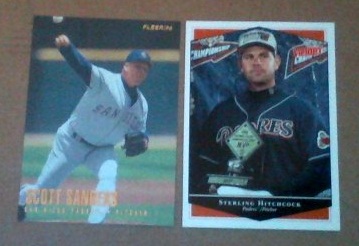 2001: Hey, we signed Julius Matos! Who? I'm ashamed to say I had no recollection of him. This was during a few year period in my late-teens/ early twenties when I wasn't following baseball. Dark times indeed. Turns out he got exactly 200 plate appearances and did little with them, sticking around that long because of his defensive versatility. In his 76 games with the Padres, he played all four infield positions, RF, and even served as DH in one interleague game.

(On a side note, spell-check says "interleague" isn't a word. I so wish that were true. Down with fake baseball!)

2003: The Padres re-signed Rod Beck. Shooter filled in admirably and impeccably in Trevor's absence in 2003. Sadly, he didn't repeat that success in his new role in 2004 and, even sadder yet, he was gone from this world less than four years later. While investigating his death, police took the following photograph. 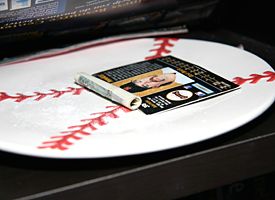 2005: The team released reliever Chris Oxspring. The Aussie fared well in his 5 games with the Friars, putting up a 3.75 ERA in the SSS of 12 innings. Those were his only major league innings, as he went on to spend time pitching in AAA, an indy league and back home-ish in Sydney.

2007: The Padres acquired two players via the rule 5 draft in '07. The Marlins took Carlos Guevara with the fifth pick from the Cincinnati organization and promptly traded him to San Diego for a stack of money. Some time thereafter, the Padres purchased his rights outright from the Reds so they could assign him to AAA without having to return him. He wound up spending exactly one month in the majors, from June 2 through July 2, 2008. He had a 5.84 in 12.1 innings over 10 games but did manage one win and was credited with no losses.

Callix Crabbe is inexplicably one of my five favorite Padres of all time. I was convinced he was going to be the closest thing we'd ever see to the second coming of Joey Cora but, man, he looked lost out there. It was so sad; I felt terrible for him. He was returned to the Milwaukee system May 16, 2008 after batting .176 in only 34 AB. I'm still convinced that if they'd given him a little more time he would have came around and nobody or any amount of evidence can convince me otherwise. I regret to say that I have no cards of Callix. There are a few out there but my collecting style is less seeking out what I want and more seeing what I stumble into. That said, I would do terrible things for a baseball card of Callix Crabbe. Well, probably not but I would definitely overpay.

2010: The news of Aaron Harang signing was greatly overshadowed by Jed Hoyer doing what everybody thought he was going to do, sending Adrian Gonzalez to Boston. I'll refrain from editorializing on either of them or this trade since that's been done to death and dutifully note that in return we received Casey Kelly, Reymond Fuentes, Eric Patterson, and Anthony Rizzo- who was later traded for a guy who puts his thumb in danger's path. 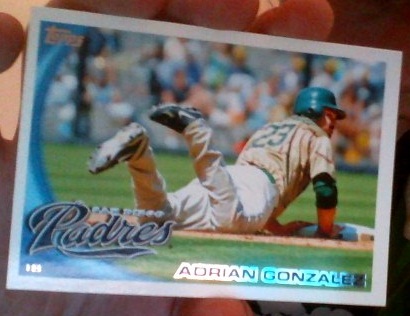 2011: One year ago today, the team signed Dale Thayer. He did well last season, compiling a 3.43 ERA in 57.2 innings, even tacking on 7 saves while Huston Street was injured. Oh, and his mustache: that thing is terrific.