If you collect baseball cards you end up with doubles. Sometimes you get them from ripping pack, blind trades, or lot-style auctions but no matter your preferred method of collecting, it's gonna happen. I, like most collectors, don't really have any interest in having more than one copy of any given card (except for those of Joey Cora. I want as many copies as possible of every single one of his ever and I'm not even joking) so I have a doubles stack.

I had been doing good about keeping my doubles stack low through trades and giveaways but I've been slacking on that the past couple months. I figured I'd get in on that whole spirit of giving thing that seems to be in the air, so here's a bunch of Padres cards free to a good home. If you want any of them, just leave a comment saying which ones and then send me your mailing address in an email or a DM. It's first come, first serve but just be reasonable; in other words, don't snag up all the Tonys before anyone else gets a chance.

Speaking of Tony, here are ten cards of him I already had: 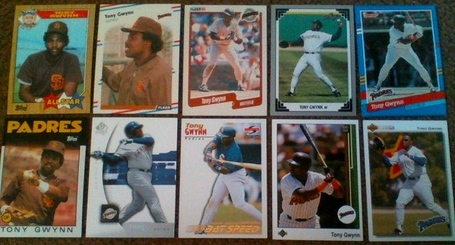 Up next are some excess old school cards. The ones on the top row are '85s; the ones on the bottom are '78s along with the '79 team checklist. 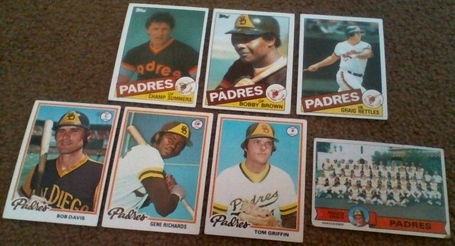 I only have dubs of two current Friars- Logan Forsythe and Jesus Guzman. I'm guessing that these, along with the Bips, will be among the first claimed. 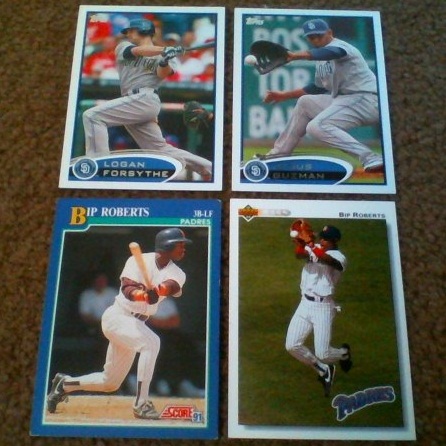 Along with that awesome Bip on the right, I have 13 other extra Padres cards from the '92 Upper Deck set. I'm especially fond of the Santiago. 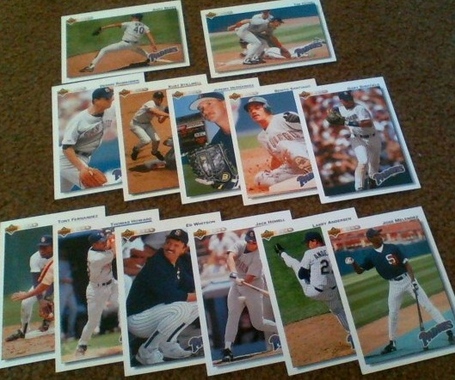 I also somehow wound up with nearly an extra team set of '92 Fleer. There's no Bip or Tony to be had but there are some good ones among the 21 up for grabs. 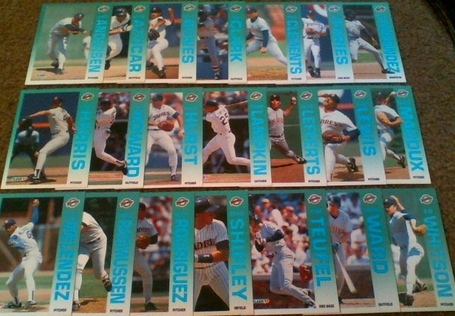 On deck is another slew of Topps commons, these from 1987 through '94. It's interesting to see how the design looked one year to the next. Still a good day to like Craig Shipley. 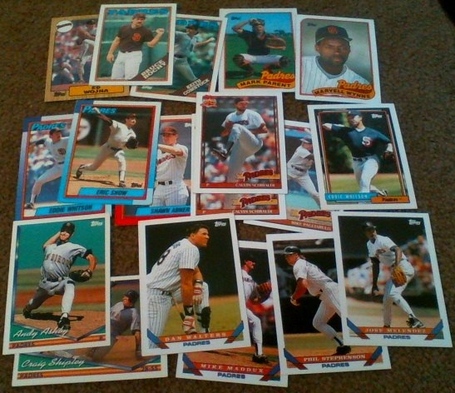 Lastly, here's a handful of '89 Donruss and a few randoms. That Roberto Alomar Dream Team issue is an all-time favorite. 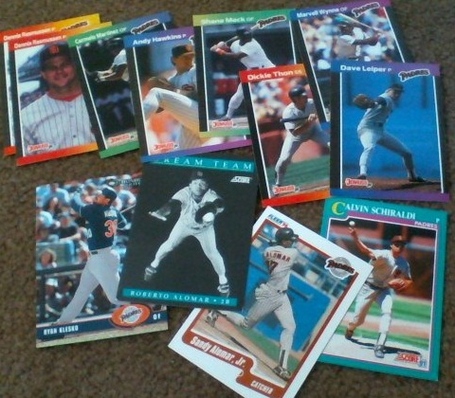 Again, I'm not looking for anything in return; I'd just like to get these out to some people who would enjoy them so don't be shy!