I have a jersey which was worn by Robert Fick during 2008 Spring Training; I got it from Gaslamp Baller sqrunt nearly three years after that. The one problem is that it fits me like a dress. 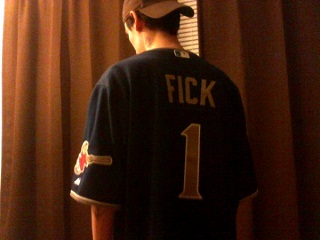 I have a friend who is pretty handy with a sewing machine who said she's alter it down to fit me. This left me with excess fabric and a plan. First, I laid a jersey that fits me down over the huge one to see how much space I'd have to work with. 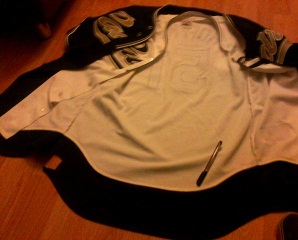 It was enough room and then some for what I had in mind. My plan going in was to make a can koozy as I've made a bottle koozy before and it was not worth the hassle. You might notice that the jersey already has a square cut from it. That's from where I made a game worn jersey card a few months ago. 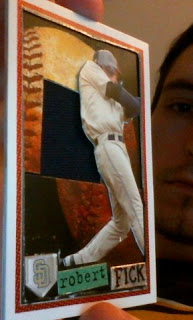 Anyway, I went to the fridge, grabbed a can and rolled it snugly in the jersey to make my measurements, using the bottom hem as a guideline. I then cut the space from the jersey, wrapped it back around the can, and pinned it together. Now I was ready to sew. 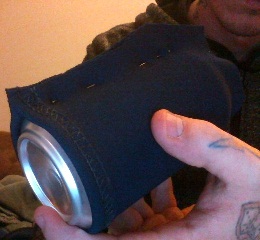 Once I sewed it together, it was time to hem the top down as well. 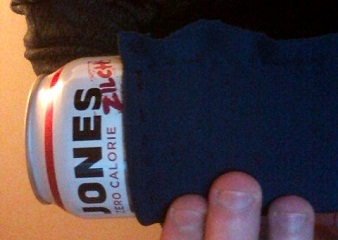 Then I flipped it outside-out and inside-in so there wouldn't be excess fabric on the outside. The search was on for something to use as a strap or base on the bottom to ensure the can won't slide out. I recalled an old misprint Philip Rivers jersey I bought at an outlet store a few years ago. It was there because it didn't have a number on the front so I snagged it up for a few bucks figuring it would come in handy. Oh, and look, it did. 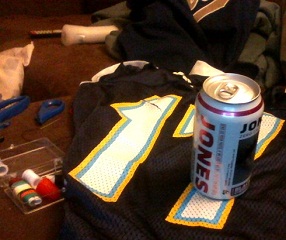 I had previously used elements of this jersey on my favorite hoodie.

Sewing the bottom strap was the easiest part of the whole process. A few minutes and it was looking fairly nice. 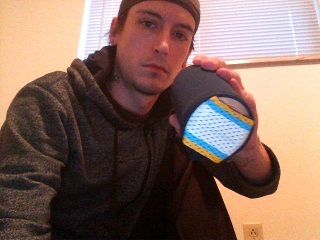 But it wasn't quite done. I had recently gotten some baseball beads with this project in mind. I tripled up on embroidery thread to make a little loop for one at the top. It's not really my jam but ladies seem to like dangly stuff. 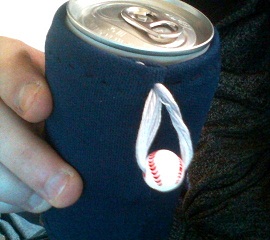 Oh, yeah, I didn't mention that part. This was totes for jodes. I figured who would appreciate something crafty more than the Master Crafter herself? I still have more fabric and plan on making more of these in the future although I'm admittedly in no big hurry about it. There's a short list of people I want to get one to; I think I might even revisit the bottle koozy template and also see if I can come up with a wine glass koozy for Sam...