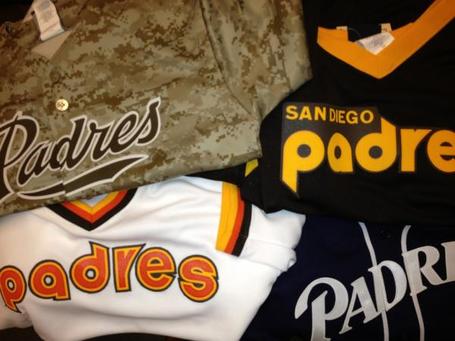 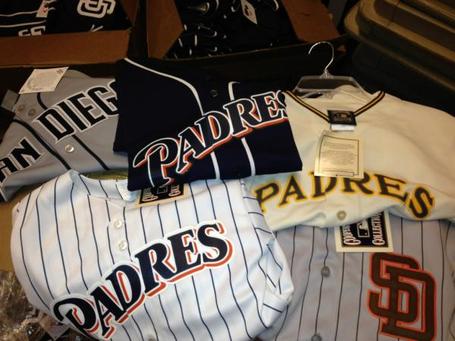 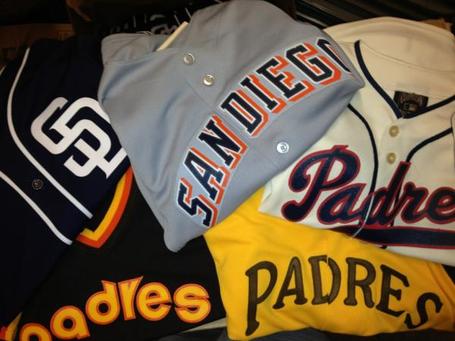 In response to a blog post by BP over at Lobshots, Mentor explained that the uniforms were custom made by Majestic, many with sewn-on logos. Also, the unis will come with matching hats.

This has to be one of the best community outreach programs the Padres have ever done. I can't wait to start seeing little leaguers around San Diego sporting badass uniforms from all the different eras of Padres history. It almost makes me want to find a kid on a little league team and steal his jersey from him. But that would be creepy so of course I wouldn't do that. Anyway, these look awesome. Kudos to Tom Garfinkel and the Padres organization for making this happen!