Share All sharing options for: Padres shut out in 8th straight loss 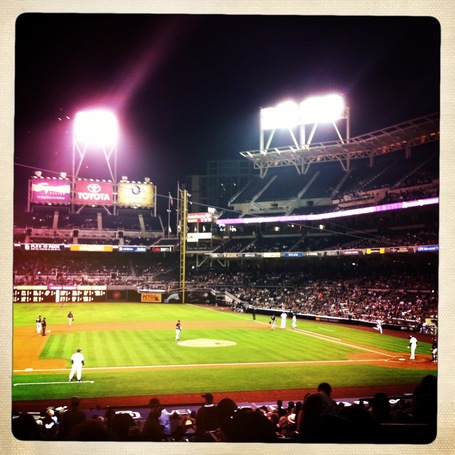 The Padres played awful last night.  They've now lost 8 games in a row and haven't won a game in 10 days. It's Déjà vu from the ten game losing streak that happened around this time last year.  The difference is this time no one cares since the Padres seem to have given up a long time ago.

In fact the Padres tragic number is 6.  A combination of six Diamondback wins or Padres losses officially ends their playoff hopes. My hope was that no one really had any playoff hopes anyway because that would mean you're clinically insane.

Now the Padres main goal is auditioning players for next year and they'll put winning on the back burner until then.  The auditions aren't going well so far.

In the first Kyle Blanks and Jason Bartlett let a ball drop between them without either attempting a defensive play. It foreshadowed things to come.

In the 4th inning Venable pooped the bed when he made a very poor read on a Dexter Fowler line drive that sailed over his head as he ran inward. Fowler reached third on a triple. On the very next play Venable soiled the sheets again..

Jonathon Herrera hit a bloop single. Venable made an awful decision and throw to home plate that scored Dexter Fowler.  Then Nick Hundley followed suit and threw the ball right back into center field and allowed Herrera to reach second.

In the end the Padres were shut out for the billionth time this season.

I managed to have a good time though.  I took pleasure in watching Kevin Kouzmanoff (0-4) suck it up for the opposing team.  I enjoyed talking to the Pad Squad.  I even marveled the Friarworks display.  Good times. 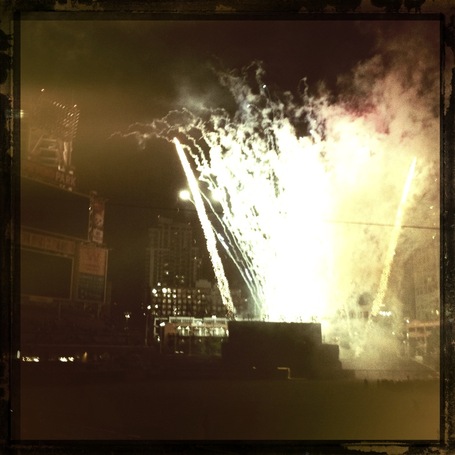