SD Suicide t-shirt by Chris Lapan. Would you wear this?

Share All sharing options for: SD Suicide t-shirt by Chris Lapan. Would you wear this? 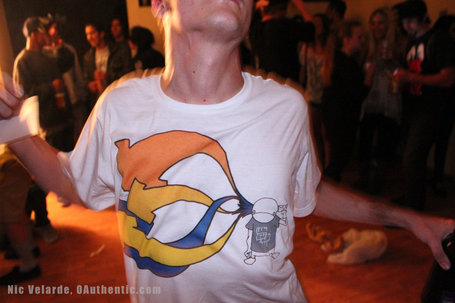 We're trying to decide if we like Chris Lapan's, SD Suicide t-shirt or not. On the one hand, we like the idea behind a bunch of different colors coming out of the despondent Padres fan's head. We also like the look of the Padres fan himself. Bleeding SD logo. Super sad face.

On the other hand, the colors are a little bit off. Is that brown on top? What's the yellow? Shouldn't that be more sandy?

What do you think?